The Layer 1 protocol that claims to solve the ‘Blockchain Trilemma’.

Kadena is a Layer 1 proof of work blockchain created by Former employees of JP Morgan. It claims to be what Bitcoin and Ethereum should have been: fast, secure, decentralised and scalable.

It has its own language called ‘Pact’, a Private L2 blockchain for enterprises, and takes advantage of something called ‘Graph theory’.

Before we delve in, let’s quickly touch on the Blockchain Trilemma Kadena claim to solve, so at the end, you can evaluate whether or not Kadena solves it. The Blockchain Trilemma, coined by Vitalik (Founder of Ethereum), refers to the challenges of making a scalable blockchain- scalability, security, and decentralisation. 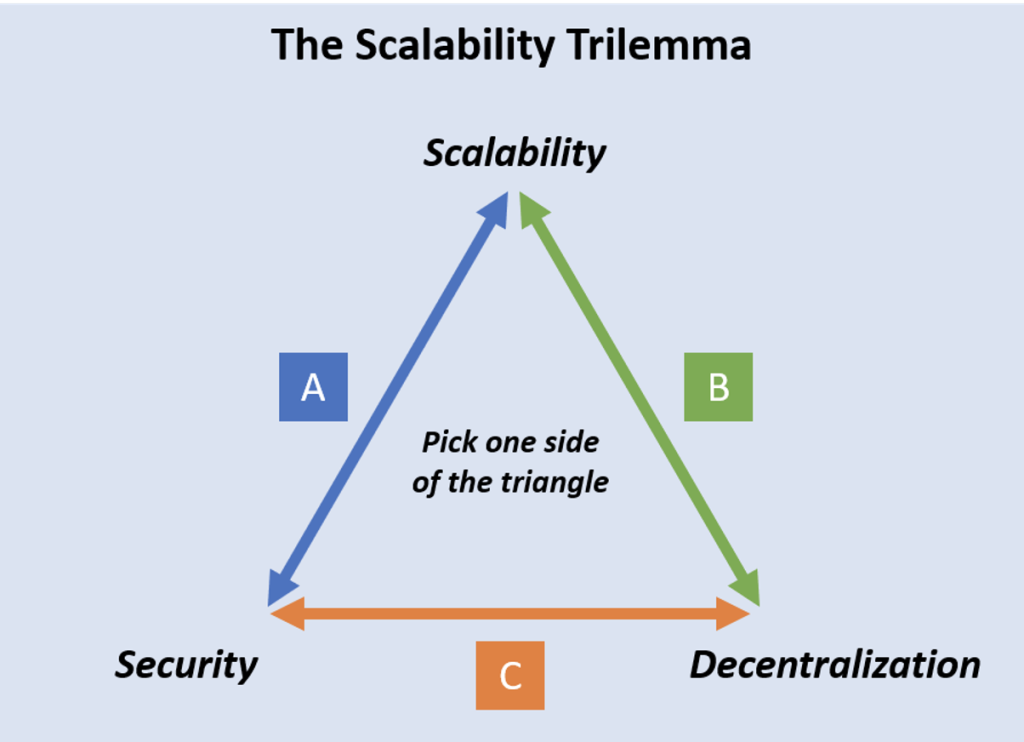 E.g. Bitcoin is secure and decentralised, yet it is too slow to really be anything other than a store of value. Let’s dive in onto how Kadena claims they have solved this problem.

What technology do they use?

Kadena uses an innovative technology called ‘Chainweb’, which is slightly different from a standard ‘proof of work’ model.

Instead of being a standard blockchain, it ‘braids’ multiple blockchains together. So rather than having one blockchain, it has 20. This is made possible by something called ‘graph theory’, which is a little too complicated for this piece. But essentially Kadena blockchain looks like this: 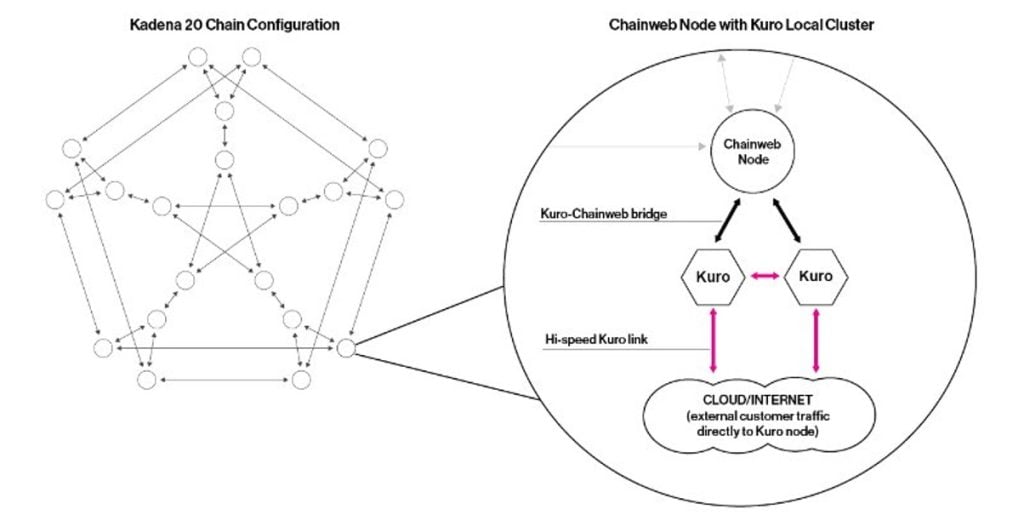 This means that there are over 20 different blockchains working side by side, and, as you can see, it only takes a maximum of 3 hops to get from one chain to another.

This means that 20 blockchains can work side by side without sacrificing speed. It also enhances security, as each block is verified by 3 different blocks before it is finalised.

Theoretically speaking, this means that if you have one blockchain that can do 5 TPS (transactions per second), 20 blockchains that don’t have to compromise can do 120 TPS. And if we scale that to 40 (which is possible), we would have a 200 TPS.

This is an exact image of what’s possible: 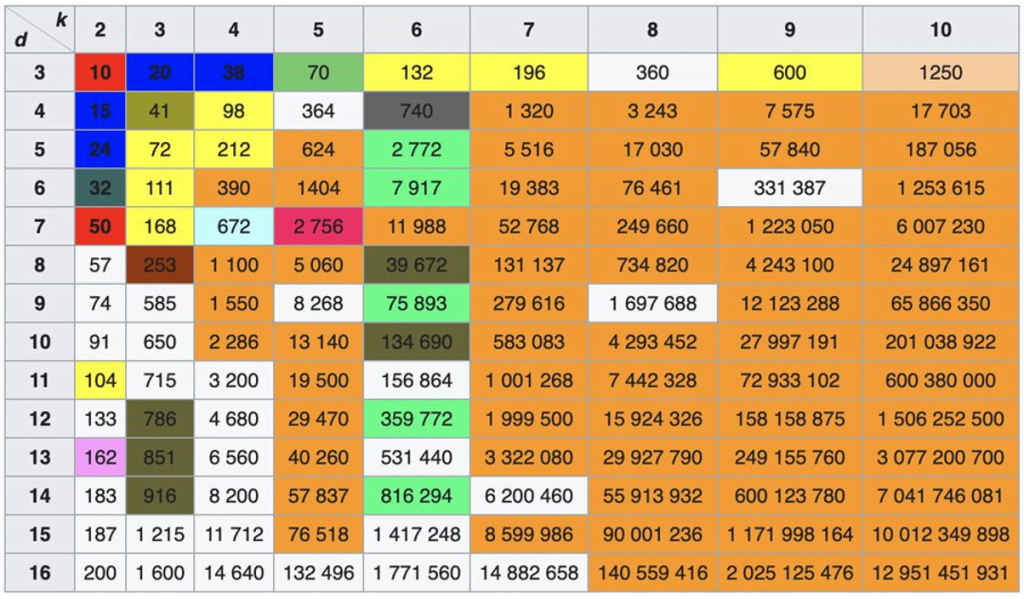 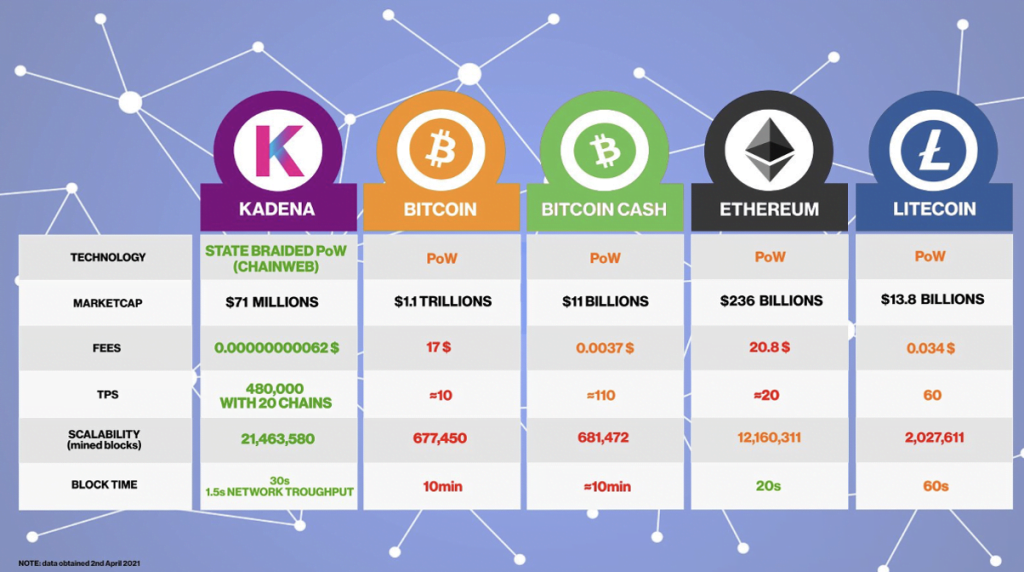 But with such low transaction fees, why would people mine? Kadena pays miners out of the token allocation (something we’ll explore later) instead of the normal transaction fees. Around 70% is allocated to miners, making it worthwhile.

The other benefits of Kadena

As mentioned earlier, Kadena also has its own language, called ‘Pact, which is used to build smart contracts. This is exactly like Ethereum’s Solitude but with a few more enhanced features:

Kadena also has a private blockchain that is made for enterprises. A private blockchain is one that takes advantage of the technology but doesn’t compromise data. This is used by healthcare providers who don’t want to leak customer data.Yet many argue it isn’t pure as the point of crypto is not for data to be hidden.

Finally, another cool feature worth pointing out is that Kadena also has something called a ‘Gas station,’ which allows companies to eliminate gas fees for users by paying a predetermined amount, enhancing user experience. This is ideal for Web3 games. 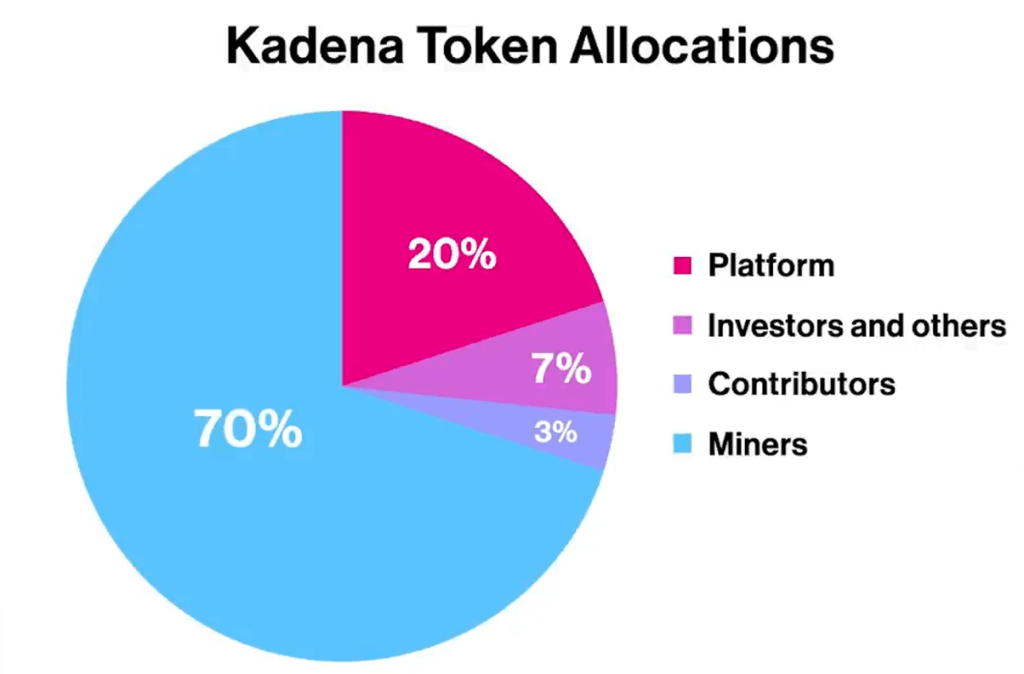 Looks great, right? These are actually terrible! The 70% is for the next 120 years, and is so reliant on people using the network as if people don’t use it, there will be nothing to be mined.

Furthermore, in the crevises of the whitepaper, it’s also stated that they can change this at any time. Another red flag! Also, have we mentioned that it’s also inflationary with an increase of 2M coins a month? This is a problem, as if the supply increases at 2M, demand has to be really strong to make this a sound investment. For more on this, check out our tokenomics series.

Kadena clearly has innovation with the ‘Gas Station’ and the new hybrid model, yet it has not been tested, and claims of 450,000 TPS seem a little too good to be true. The tokenomics also leave us with some disgust, and claims of 100% decentralisation are confusing. 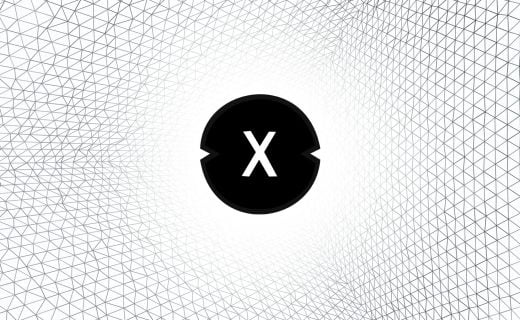