Zero-commission stock and crypto trading app, Robinhood, to open in the UK

The U.S based financial service company, Robinhood Markets Inc, is formally open in the UK very soon. The firm received regulatory approval from the FCA two days ago, according to an official blog post published by the team. Robinhood’s CEO commented on the expansion:

“Today marks the beginning of a new chapter for Robinhood, and we’re excited to take the first important step towards bringing our investing platform to customers in the U.K. I’m thrilled to be a part of Robinhood and our effort to expand into a new international market.”

The latest permission given by the Financial Conduct Authority will allow Robinhood to operate as a broker in the U.K and thus, benefiting thousands of Brits with its friendly investing platform. To this time, its biggest competitors are Freetrade and Etoro, which already have dominated a huge proportion of the market.  The company also cherished the approval on Twitter:

We’re excited to share that Robinhood International, Ltd. has been authorized by the Financial Conduct Authority to operate as a broker in the United Kingdom. This means we’re one step closer to democratizing finance for all.

Crypto traders in the UK celebrated the announcement, as the firm is one of the few companies out there offering commission-free cryptocurrency trading. In 2018, Robinhood announced zero-fee trading of Bitcoin and Ether in their mobile trading app for American users, which caused its overall revenue to increase significantly.  As a result, estimated order flow revenues rose to over $69M in 2018 only! 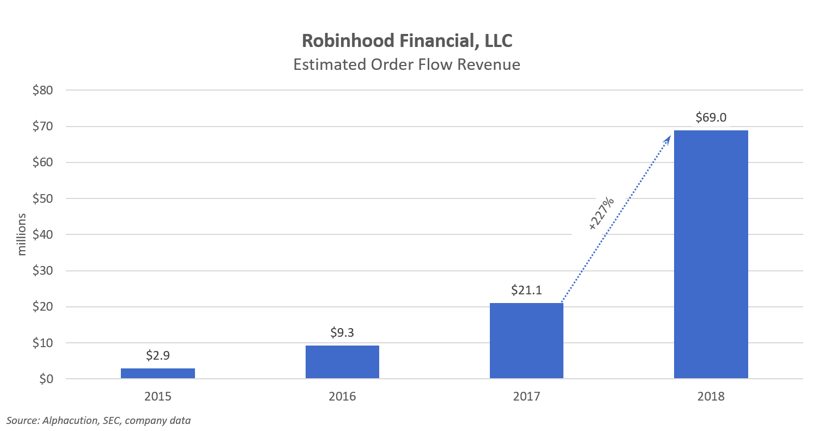