The black swan that sent Bitcoin down by over 50% within a single day did not spare the third-largest cryptocurrency; XRP. The latter has been struggling to break its bearish LH/LL structure on large timeframes for a few months and the crash certainly did not help it. In fact, XRP/USD reached levels unseen since August 2017 prior to the massive bull-run.

Starting out with the monthly timeframe we can see a very clear bearish structure, especially since the mid-2019 rally. Price has been breaking candle closure lows and showed inability to reclaim them twice so far. After months of downside, price has reached the [$0.125-$0.155] liquidity area that has provided enough fuel for the 1,500%+ rally of 2017. As the latter has communicated strength in the past, we view it as a great place to accumulate spot positions in this crypto-asset.

Going one order of magnitude lower on timeframes, the weekly chart offers us a slightly more detailed view into the actions of market participants. 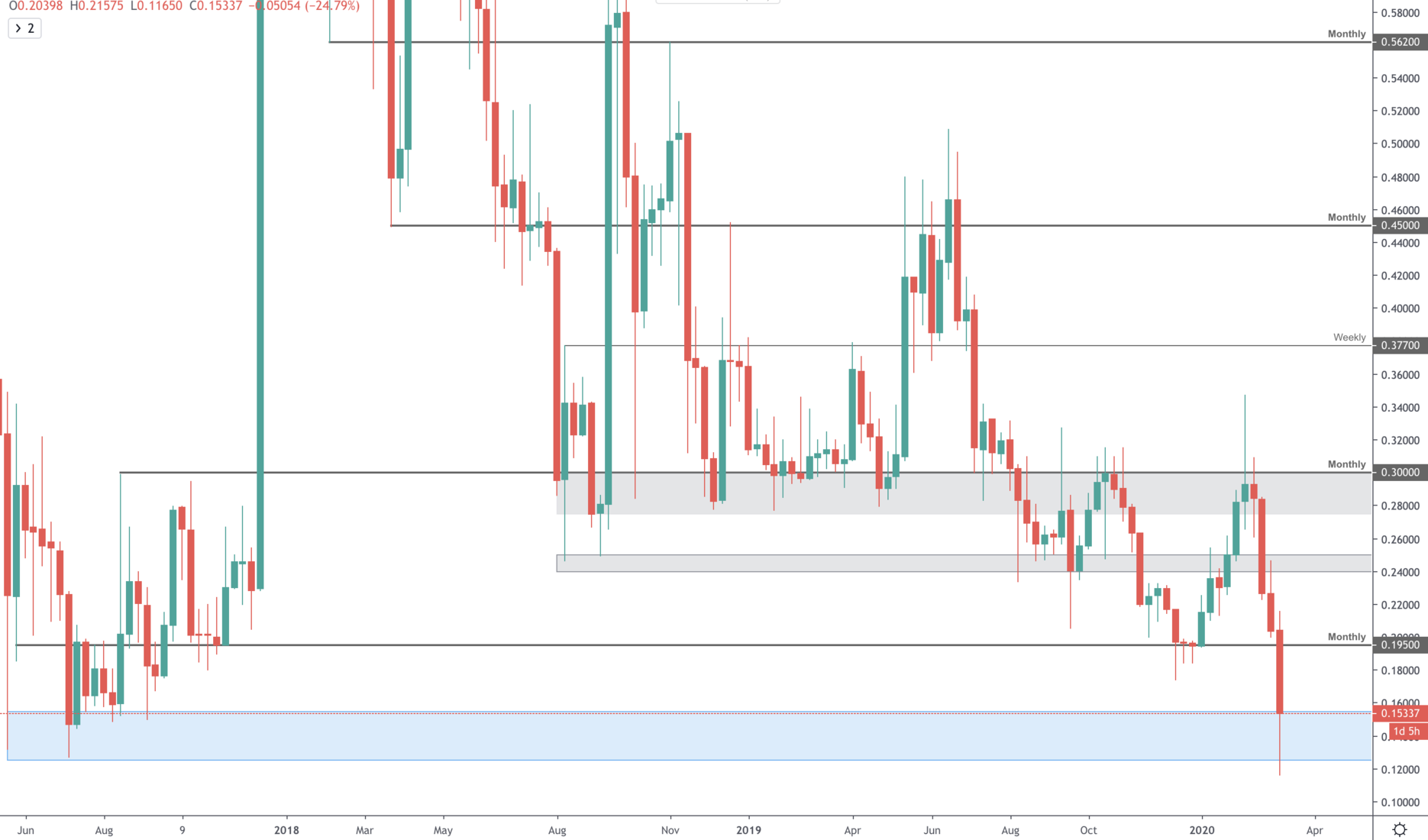 [$0.275-$0.30] had offered a lot of support for XRP/USD. In fact, the first time it had visited that level post-2017 price rallied all the way towards $0.80. Each dip into that support level showed great buying. Nonetheless, a support can only hold so much before buy orders get depleted, which is exactly what happened in H2 2019. Price broke down below the support area, retested it as resistance and dropped towards $0.195.

The latter occurred in the beginning of 2020 when the crypto-market was showing signs of strength and bullish momentum. We had built a long position from $0.25 which we’ve derived from the 1D TF and were anticipating $0.30 to finally be broken on the weekly timeframe which would have broken the bearish structure and signaled a potential rally. As can be seen this did not occur, which invalidated our position. Our exit signal however, came from the daily timeframe and made us exit at $0.295 for a small profit.

U.S. rock band ‘Kings of Leon’ to release a new album as an NFT