VanEck has officially released an Exchange Traded Note (ETN) for investors in the United Kingdom, Germany and the Netherlands.

VanEck today announced the listing of a new #ETN which reflects the performance of the leading #cryptocurrency #Bitcoin. Investors from Germany, Netherlands and United Kingdom can learn more @ https://t.co/vSH5Jr6Aic pic.twitter.com/eOVFN82Nra

Since the 2017 cycle, a Bitcoin ETF was much awaited by the public as that would represent an investment vehicle ready to onboard institutional investors and more traditional retail investors. There’s been multiple ETF application sent to the SEC for approval, all of which were rejected continuously over the years. VanEck was one of the main firms applying alongside SolidX. They withdrew multiple applications themselves as they anticipated rejection.

In late 2019, they ended up launching an ETF-like product that would not require the SEC’s approval as it would only be offered to qualified institutional investors, such as hedge funds.

The underlying difference is how they are structured. An ETF effectively holds the underlying asset in custody, whereas an ETN is an unsecured debt note, more like a bond. This means that the credit score of the institution issuing the ETN is a very important factor.

On VanEck’s official Bitcoin page, there are multiple ways Bitcoin is brought to light. The first of which is: “With money printed like never before, future proof your portfolio with “digital gold”.“, this line is then followed by the infamous Plan B stock-to-flow ratios.

The most fascinating information shared is how only 3% invested in Bitcoin from a traditional/standard portfolio would help it outperform the benchmark index: the S&P500. 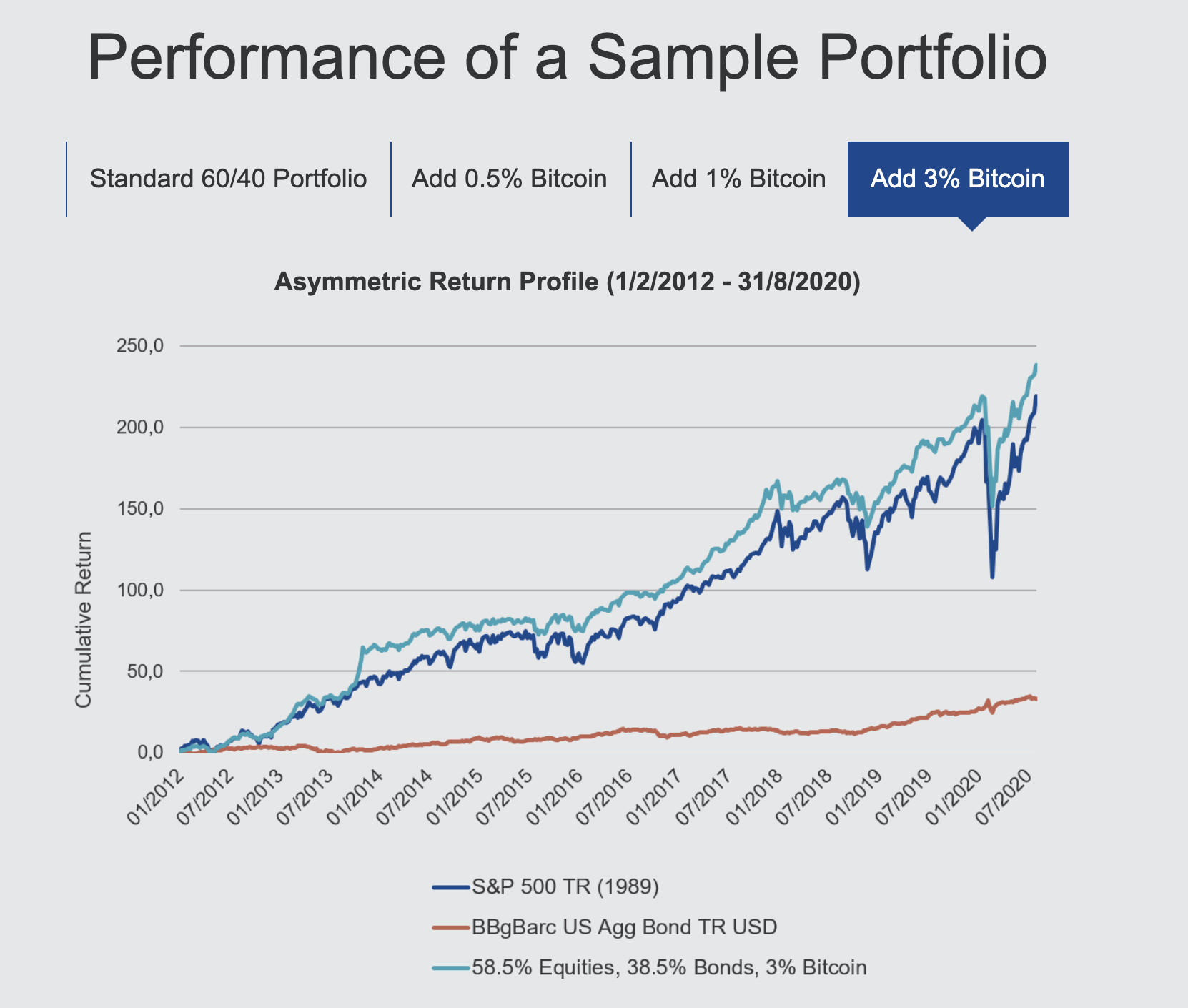