The SEC acknowledged VanEck’s 19b-4 Form filed earlier this year. The firm wants the regulatory agency to allow it to launch a Bitcoin exchange-traded fund (ETF) that would be available to investors in the US and abroad. By acknowledging the application, the regulatory agency now has 45 days to accept or reject the proposal. The SEC can also decide to extend the review period if it deems fit.

If approved, the VanEck Bitcoin ETF would be the first of its kind in the United States. Neighboring Canada has already approved three Bitcoin ETFs in recent months as it looks to become a cryptocurrency-friendly country.

VanEck filed for the current Bitcoin ETF after multiple rejections over the past few years. The New York-based investment firm filed for the ETF with Cboe BZX Exchange at the start of the year. Once the SEC publishes the form on the Federal Registry, the general public will be given 21 days to comment on the Bitcoin ETF on the SEC’s portal.

VanEck filed for a Bitcoin ETF with SolidX in 2019 but later withdrew the application for fear of rejection. Later that year, reports surfaced that the duo wanted to launch the Bitcoin ETF without SEC’s approval, which could have caused some regulatory problems for the investment firm.

After trying several times, VanEck decided to launch a Bitcoin exchange-traded note (ETN). The Bitcoin ETN was available to investors in the United Kingdom, the Netherlands, and Germany. While the Bitcoin ETF differs from the ETN, they both allow investors to track the leading cryptocurrency’s performance.

Optimism about the current applications

The cryptocurrency space is optimistic that the VanEck and other Bitcoin ETF proposals would be approved. The imminent appointment of Gary Gensler as SEC Chairman could be a breath of fresh air as he has always been a strong advocate of crypto and blockchain while he was chairman of the CFTC. He also spends the last few years teaching about blockchain technology at MIT.

Investors are already accessing Bitcoin indirectly by buying shares of companies such as MicroStrategy (MSTR) and Tesla (TSLA), who have invested billions of dollars into the leading cryptocurrency. 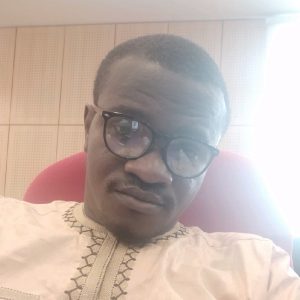