SafeDollar DeFi suffers exploit loss of $250k – does Polygon have a security flaw?

The Polygon blockchain has been experiencing a series of exploits and rug pulls, with another DeFi project losing some of its funds a few hours ago.

The SafeDollar stablecoin project on the Polygon blockchain has reportedly suffered an exploit. The initial losses were estimated to be around $248 million, which could have caused the project to crash to zero. However, it now appears that the project only lost $250k.

Earlier reports from DeFi analytics websites DeFiPrime and RugDoc indicated that the attack wiped out $248 million from the project. This would have caused it to crash to zero. However, the SafeDollar development team didn’t issue an announcement via its official Twitter handle.

Instead, the protocol’s Telegram channel issued a warning of the attack to its users, urging them to suspend the trading of the SDO token. The team didn’t specify how much was lost in the attack but said they would announce a post-mortem once they conclude investigations. They also intend to compensate the liquidity providers.

The losses were later realised to be $250k. Popular cryptocurrency analyst Michaël van de Poppe made this known in his tweet. Mudit Gupta, a core developer at Sushiswap, also confirmed that it was $250k, and not the $248 million initially thought.

SafeDollar was exploited today and dumped on the open market for ~$250k. It was an infinite mint exploit. The market cap of $SDO was ~$248mm but there was just $250k in exit liquidity,. The attack happened because SafeDollar incentivized a token that has a fee on transfer. 🧵👇 pic.twitter.com/7oW020zEQ4

This is the second time SafeDollar has experienced an exploit in less than 10 days. The protocol detailed a post mortem on June 22, in an attack where it lost 9,959 SDS tokens, worth around $95,000 at the time.

The Polygon blockchain is in the spotlight following a series of exploits and rug pulls of DeFi protocols on its network. Earlier this month, the Malt Protocol experienced a collapse of the elastic supply for its algorithmic stablecoin.

Polywhale, another project built on Polygon was also shut down, with the developers dumping $1 million of their tokens and pulling an exit scam.

The Binance Smart Chain has suffered similar attacks on a few DeFi protocols. According to a Cryptonary report last month, BurgerSwap and Julswap experienced flash loan attacks, resulting in a loss of approximately $7.2 million.

Despite some of the poor press for Polygon recently, the project remains home to some leading projects. Recently, popular digital artist Beeple opted to launch his new NFT platform on the Polygon blockchain. Beeple holds the record for the most expensive NFT artwork auctioned to date, which fetched $69 million back in March. 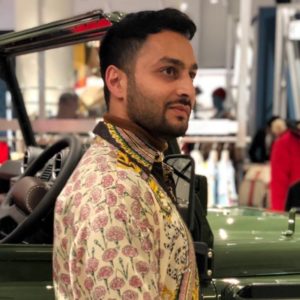