Ruffer Multi-Strategies Fund holds 2.5% of its treasury in Bitcoin

Another multi-billion dollar firm is betting on bitcoin by holding a portion of its treasury in the leading digital asset. The investment firm Ruffer announced that one of its funds, Multi-Strategies Fund has bought bitcoin worth 2.5% of its portfolio.

The firm which has more than £20 billion in assets under management (AUM), mainly counts charities, pension funds, and individuals and families as its clients.

The fund added bitcoin to its portfolio as recently as November. Per the notice, “it is a primary defensive move” made after “reducing the company’s exposure to gold.” 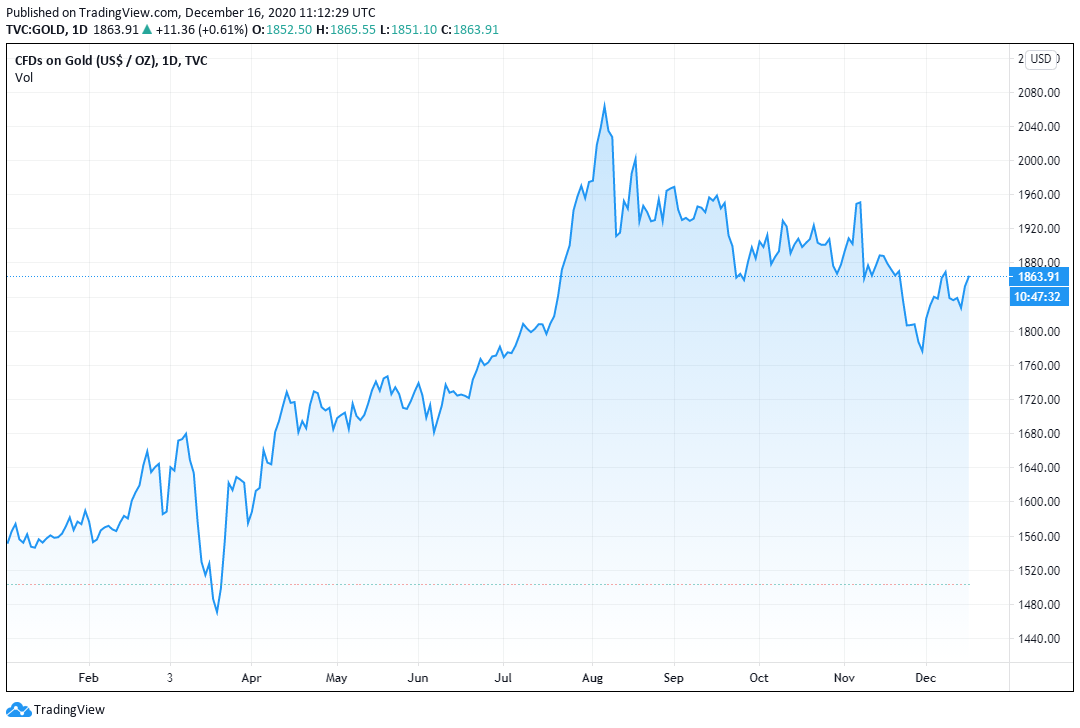 With one of the portfolios of the Multi Strategies Fund managing assets worth roughly $620 million, it means that the funds bought bitcoins worth $15.5 million.

The fund sees the purchase of the digital asset “as a small but potent insurance policy against the continuing devaluation of the world’s major currencies.” The company has its investments tied to gold and inflation-linked bonds.

Bitcoin is being used as a hedge against some of the market and monetary risks seen by the fund, the company said.

Bitcoin, known for its volatility and wild price swings, has performed well in 2020. Bitcoin is widely seen as a safe-haven asset and a possible hedge against global events that rattle traditional markets.

Despite the ongoing pandemic that caused panic and massive sell-off when countries began to implement lockdowns, bitcoin has seen overall YTD gains of 170% at the time of writing, according to TradingView data.

Bitcoin opened the year trading in the $7,000 region but tumbled below $4,000 on some exchanges when selling pressure took over the market in March. However, buoyed by the halving event, increased institutional interest, the PayPal effect, positive sentiments, and long view by hedge fund managers, bitcoin reached a new all-time high of $19,864 on November 30.

Institutional money is flowing into bitcoin

Institutional capital is slowly making its way into the nascent cryptocurrency market as Wall Street and hedge funds see bitcoin as a safe haven asset just like gold.