The U.S. Securities and Exchange Commission (SEC) filed a lawsuit against Ripple Labs and its two executives – CEO Brad Garlinghouse and Chairman Chris Larsen – for raising more than $1.3 billion in an unregistered sale of the XRP token, which the regulator deems to be a security. Ripple denies the charges, arguing that XRP is a commodity and not a security as the SEC mistakenly alleges.

This is expected to be a protracted case, and in between now and its conclusion, we expect several twists, turns, and sideshows.

This live blog follows the events that shape up this case. Who knows, this could be history in the making.

Kraken is the latest cryptocurrency exchange to delist the XRP token from its platform. The exchange announced that it will be temporarily hating XRP trading for its U.S. clients on Jan. 29.

Customers are urged to exit their open XRP positions prior to the date. Kraken will make changes to this decision depending on new developments in the Ripple/SEC case.

Kraken’s U.S. clients can still deposit, hold, and withdraw XRP token even after the suspension date has passed.

However, clients from other countries are not affected by the latest announcement.

January 13: Japanese regulator says that XRP is not a security

Japan’s Financial Services Agency (FSA), the country’s securities regulator confirmed to The Block that XRP is not a security and deems it to be a cryptocurrency.

This is the first time that the regulator has publicly commented on the legal status of the embattled XRP token.

The FSA’s viewpoint does not have a bearing on how the U.S. Securities and Exchange Commission (SEC) proceeds with the case against Ripple. However, it indicates that there still lacks universal consensus in regulating tokens such as XRP.

Ripple CEO Brad Garlinghous has previously stated that the company is considering leaving the U.S. due to a lack of regulatory clarity. He shortlisted the U.K. as one of the possible destinations should the firm decide to move.

Grayscale, a leading digital asset manager and sponsor of the Grayscale XRP Trust announced that it is planning to dissolve the Trust. This decision comes shortly after the liquidation of its XRP positions from the Digital Large Cap Fund.

“In connection with the dissolution, the Sponsor has liquidated the Trust’s XRP and intends to distribute the net cash proceeds to Trust shareholders, after deducting expenses and providing appropriate reserves and subject to any applicable withholding. The Trust will terminate following distribution of the net cash proceeds,” said Grayscale.

UK’s cryptocurrency exchange Gatehub has pledged to continue supporting XRP until Ripple’s legal battle with the SEC is completed or the exchange is served with a cease-and-desist notice.

“Please be advised that GateHub Ltd. will continue listing XRP until the SEC’s complaint against Ripple is adjudicated and a final decision entered that XRP is properly classified as a “security,” or until we receive a cease-and-desist notice from the SEC,” wrote Gatehub in a notice to XRP holders on its platform.

The exchange does not believe that the XRP token is a security under the Howey Test, but rather, considers it to be a utility token that derives its value from being used in payments and foreign exchange.

Gatehub argues that a distributed blockchain technology is used, meaning that the success of the XRP token is not tied to Ripple.

The exchange argued that if Ripple and its executives committed fraud, they should be prosecuted. However, this has nothing to do with the SEC classifying XRP as a security, and it could have dire consequences for innocent investors.

Ripple CEO Brad Garlinghouse took to Twitter to respond to a few select questions on the U.S. Securities and Exchange Commission (SEC) enforcement action against the blockchain firm. The SEC sued Ripple on Dec. 22 accusing the firm and its two executives – Garlinghouse and Chairman Chris Larsen – of improperly raising more than $1.3 billion in the sale of the XRP security token. Garlinghouse has publicly defended the company, claiming that the defendants are innocent because the SEC is “wrong on the facts, the law and equities.”

January 5: Grayscale dumps XRP holdings while Ripple faces lawsuit from one of their investors

Grayscale, Grayscale Investments, the world’s biggest cryptocurrency asset manager, has severed ties with the underfire XRP token. The asset manager announced that it has liquidated its XRP holdings and used the funds to buy more digital assets.

At the same time, Ripple who’s beng sued by the SEC faced more trouble. Tetragon Financial Group Ltd., a publicly-traded closed-ended investment company, filed a complaint under seal against Ripple in the wake of the U.S. Securities and Exchange Commission (SEC) taking legal action against the company for improperly raising more than $1.3 billion in an ongoing sale of XRP tokens. The lead investor in Ripple’s Series C funding round where the blockchain firm raised $200 million to value the company at $10 billion, is seeking to “enforce its contractual right to require Ripple to redeem” Series C preferred stock that the global investment firm holds

A Coinbase customer sues the exchange for allowing the sale of XRP tokens and collecting a commission from trades. The plaintiff alleges that Coinbase knew that XRP was a security, and listed it anywhere, gaining an unfair advantage over its competitors.

Binance.US, announces that it will suspend XRP trading and withdrawals on January 13.

So far, the list of exchanges and services that have taken action against XRP is as follows:

This list is expected to grow bigger with time.

District Judge Analisa Torres set February 29, 2021, as the date for the initial pretrial conference. The conference will be attended telephonically due to the coronavirus pandemic and safety measures put in place. The plaintiff and defendants were ordered to submit a joint letter by February 15.

Another major exchange, Bittrex is set to remove the XRP book on January 15. The exchange does not give a specific reason for the suspension.

SBI Holdings, one of Ripple’s major partners, issues a statement pledging its support for Ripple. However, the company said that it has invested in Ripple and not in XRP tokens. At the same time, it says that XRP is not considered a security in Japan.

Major U.S. exchange Coinbase announces plans to suspend XRP trading on January 19 due to the lawsuit.

The SEC officially unveils Elad L. Roisman as the Acting Chairman of the agency.

Even the fortunes of Christmas Day were not enough to save XRP from delisting woes. XRP set to halt XRP trading for its U.S. customers on January 8, 2021.

December 24: Coinbase rumored to be weighing its options

U.S. cryptocurrency exchange Coinbase is believed to be weighing its options on delisting XRP.

MoneyGram, an international payments company with a commercial partnership with Ripple, distances itself from the underfire blockchain firm.

“As a reminder, MoneyGram does not utilize the ODL platform or RippleNet for direct transfers of consumer funds – digital or otherwise. Furthermore, MoneyGram is not a party to the SEC action,” the firm said in a press statement.

A cryptocurrency fund manager, Bitwise Asset Management, announces the liquidation of its position in XRP. Prior to the sale, XRP made up roughly 3.8% of the fund.

As XRP nosedives and its price sinks, so too does its market cap. The stablecoin Tether climbs into the third position as its market cap surpasses that of under-fire XRP.

Jay Clayton steps down as the Chairman of the SEC.

The SEC files a lawsuit against Ripple and its two principals – Garlinghouse and Larsen – for raising over $1.3 billion through the sale of unregistered XRP tokens, which the regulator sees as a security. Ripple is accused of promoting the XRP token to finance its business operations.

Following the announcement of the complaint action, XRP goes into freefall.

Ripple Labs submits a Wells submission as it expects a lawsuit from the SEC. An entity being investigated by the SEC can submit its side of the story through a Wells submission before a lawsuit is filed. Ripple argues that its affiliated XRP token is not an investment contract, claiming that the SEC is wrong on the facts, the law and the equities.

Ripple takes aim at Bitcoin and Ether, asserting that the two leading digital assets are controlled by China. Ethereum co-creator, Vitalik Buterin, hits back and calls XRP  a shitcoin.

Garlinghouse fires salvo at the SEC, especially outgoing Chairman Jay Clayton, accusing him of limiting U.S. innovation in the crypto industry and picking winners in his final act as the head of the agency. 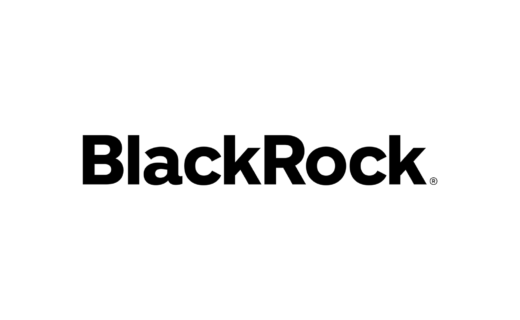 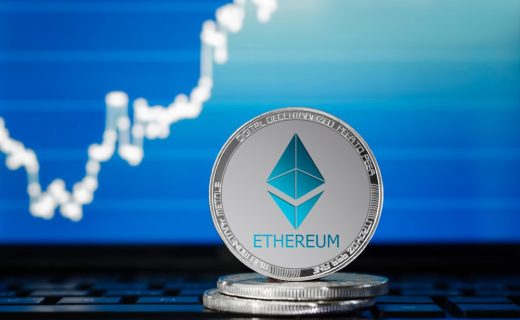