Cryptopunks and Bored Ape Yacht Club are the two projects with the highest sales volume on Opensea.
Facebook1Twitter0Reddit0Linkedin0Stumbleupon0
X

The market for non-fungible tokens (NFTs) created new highs in the second quarter, with $2.5 billion in sales so far this year.

At the start of 2021, the NFT market exploded, and many experts warned of a bubble. Even though the volumes raised concerns, the Monthly sales volumes on NFT marketplace, OpenSea, reached a new record high in June.

NFT enthusiasts see these artworks as unique digital collectibles with intrinsic value because of, for example, the strong community behind them or their cultural significance. Others treat them as investments, speculating on rising prices.

According to NonFungible.com, which displays and aggregates Ethereum- based NFT transactions, there have been between 10,000 and 20,000 buyers per week since early March. The NFT tracking and discovery platform reported that there had been $1.3 billion in sales for the period, but excluded around $8 billion in DeFi-based NFTs. 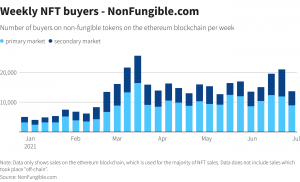 Cryptopunks and Bored Ape Yacht Club are the two projects with the highest sales volume on Opensea in the past 30 days. There has also been a storm of new generative avatar projects launching daily, fueling the sales volume of OpenSea.

According to data from Non-fungible, sports-themed NFTs are the most popular kind of NFTs. Almost 300,000 sports-related tokens have been sold in the first half of the year. The most popular platform for sport-themed NFT is Sorare. It has a sales volume of $2 million in the past seven days.

Although sports-related NFTs appear to be on the rise, the U.S. National Basketball Association’s Top Shot marketplace, where fans can buy and trade NFTs in the form of video highlights, has seen a drop in volume from 403,000 in March to only 246,000 in June.  The average price for a Top Shot “moment” dropped to $27 in June after peaking at $182 in February. 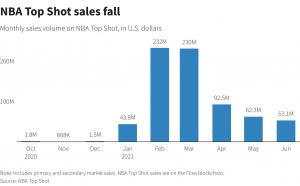 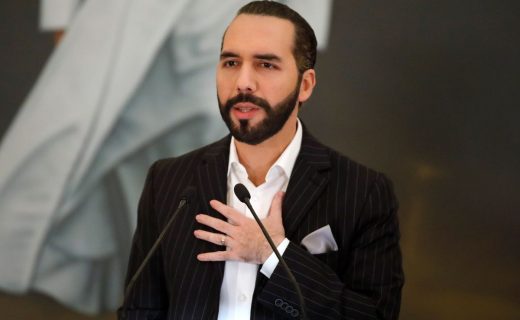