Welcome to Weekly Technicals Pro where we analyse various crypto assets on the weekly timeframe to depict the most probable outcomes over the mid-term.

Sentiment is back in Fear, at the same level it was when Bitcoin was retesting $40,000 as support at the end of September 2021. Last time that occurred, it was bullish for the market. 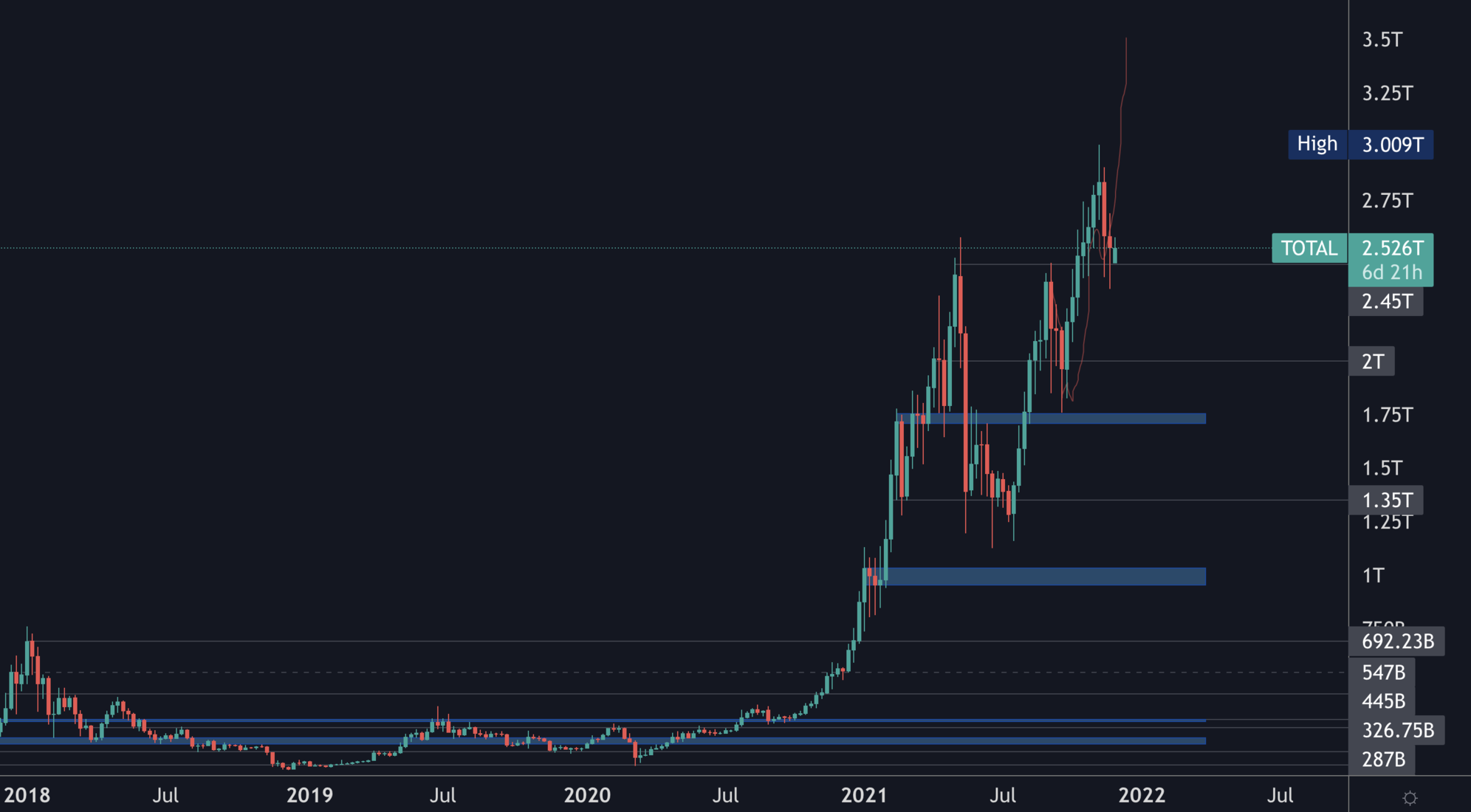 By the end of the week, the Total MCap managed to maintain $2.5T as a level of support with no breaks. Which effectively keeps the squiggly line strategy in play. 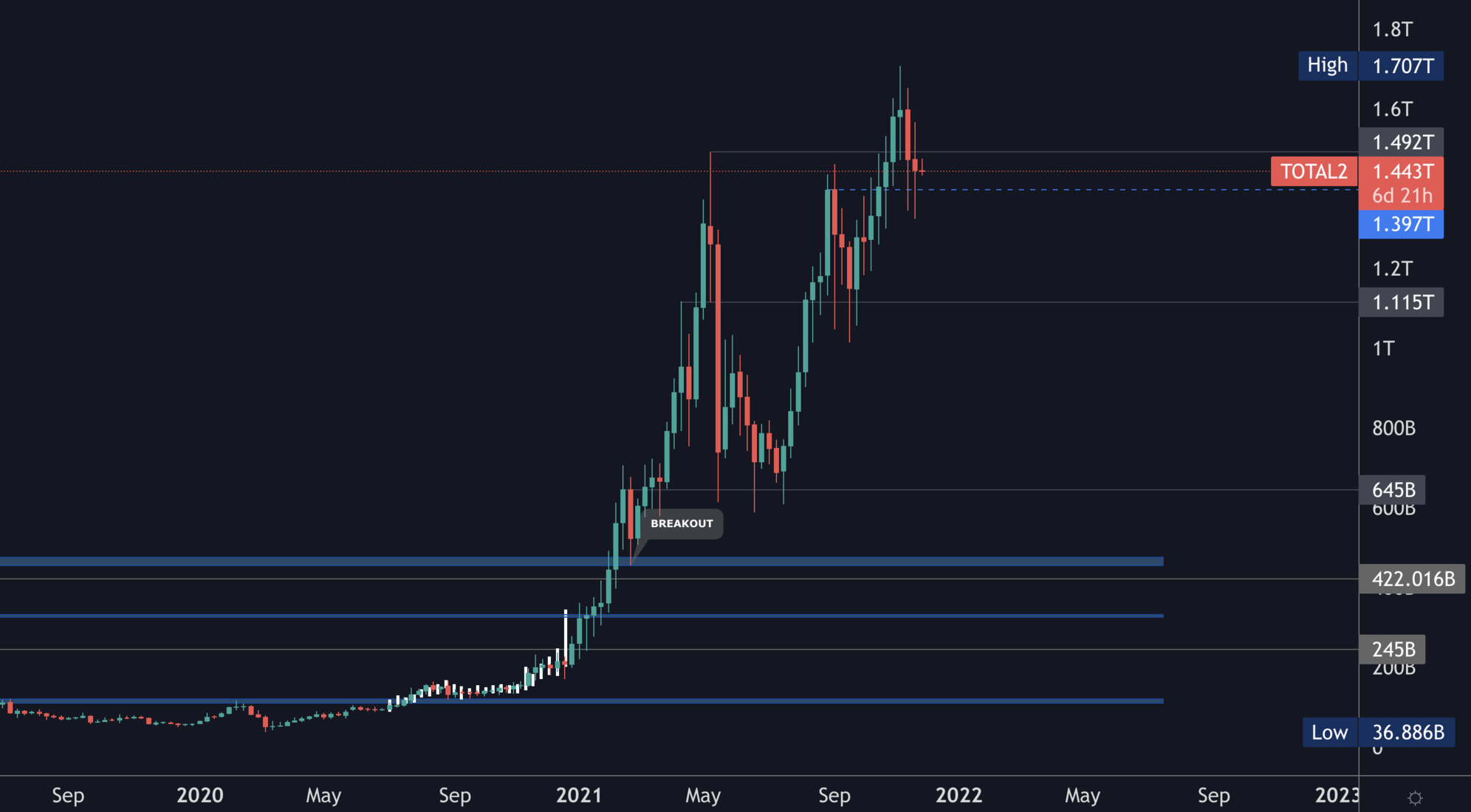 The Alts MCap is respecting the previous high closures –  the worry would arise only if $1.4T breaks for us, until then we’re bullish. 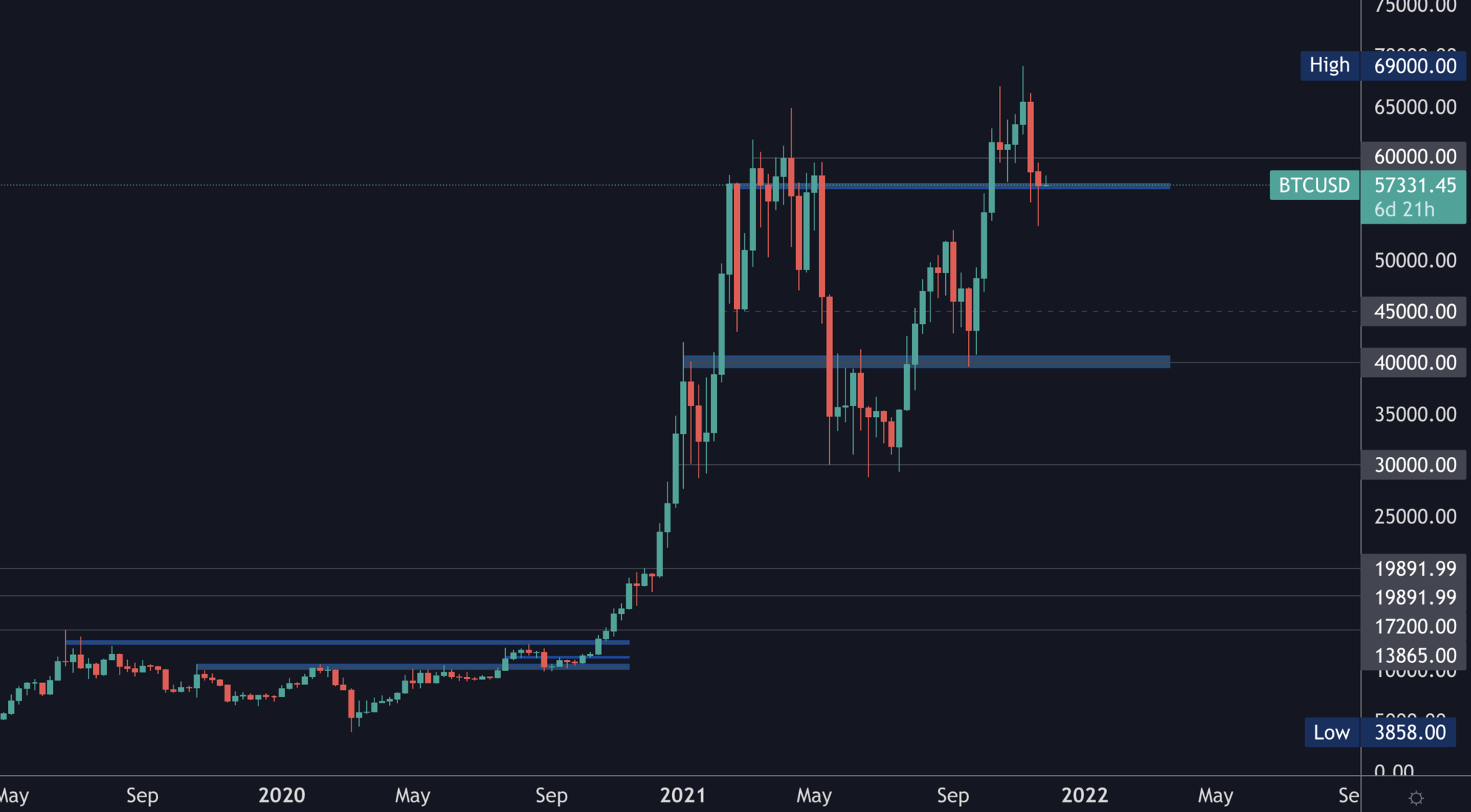 Out of the charts that matter to us, this is the only problematic one in the sense that it has created a lower low. Nonetheless, we’ve seen that structure in late September near $40,000 as well. The move that would invalidate this structural break is a $60,000 reclaim. 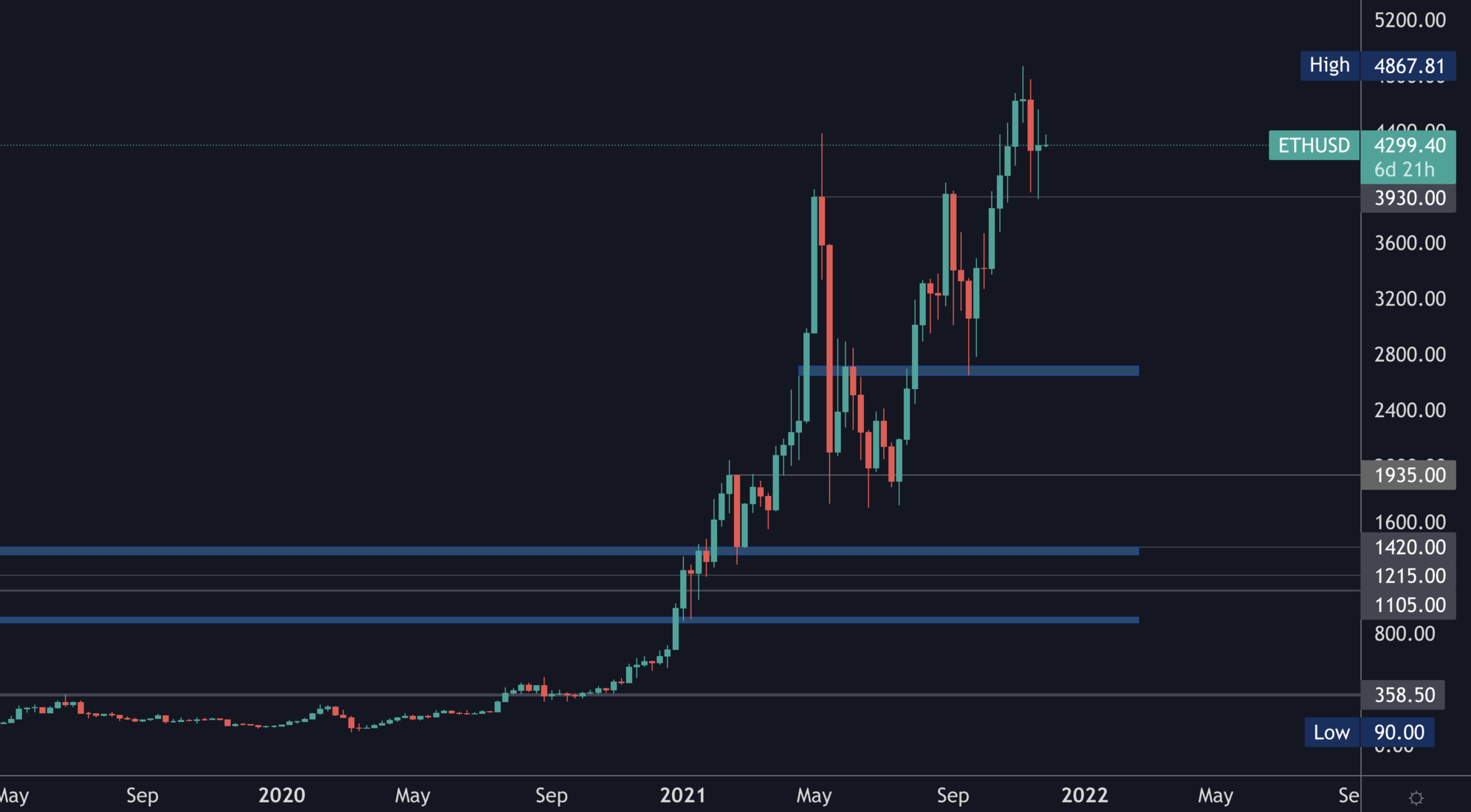 As beautiful as a chart could get. Perfect breakout and retests of support prior to further price appreciation. Of course, invalidation would be a break of $3,930 on the weekly but we believe that to be unlikely. 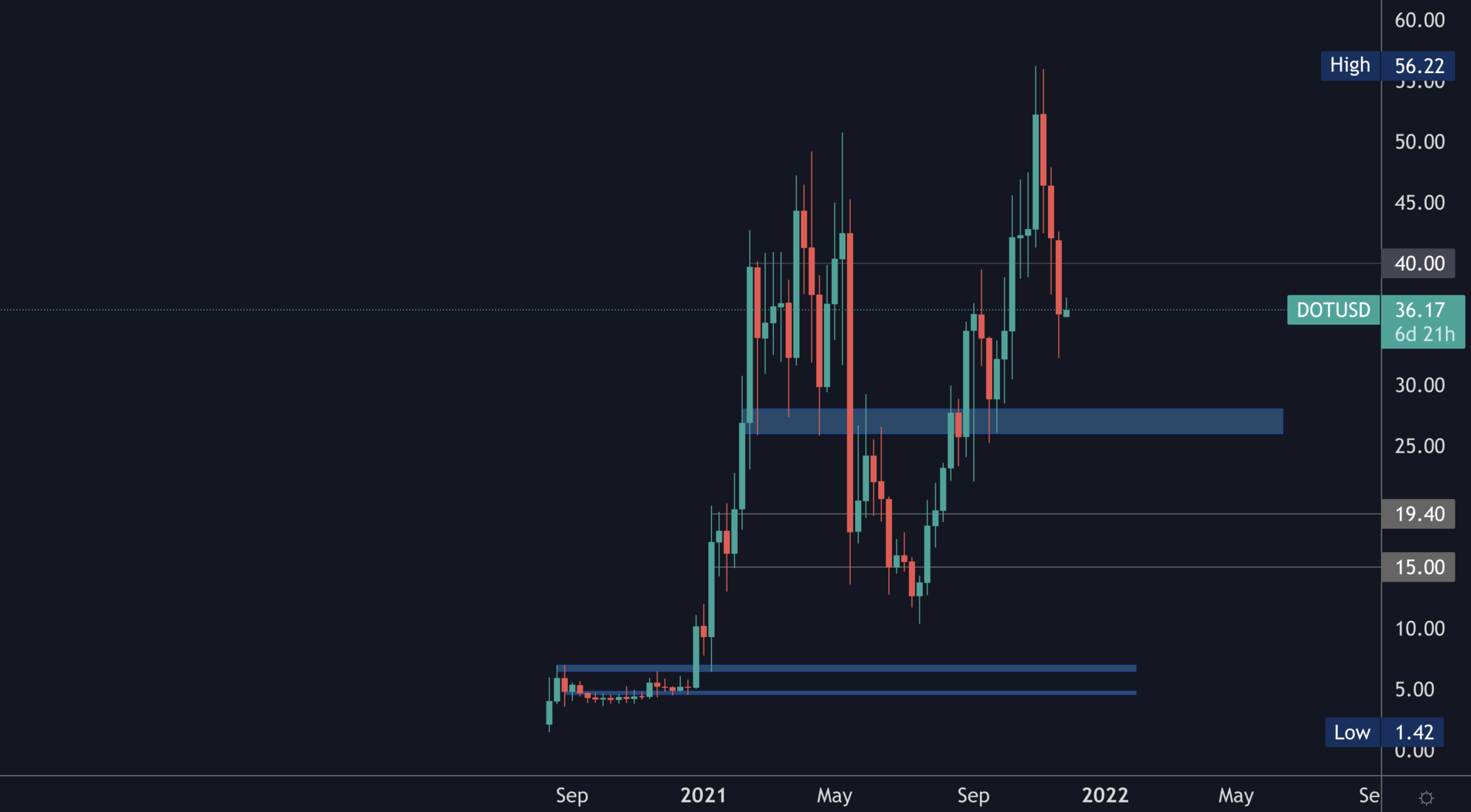 DOT has broken support which sets the stage for $28. 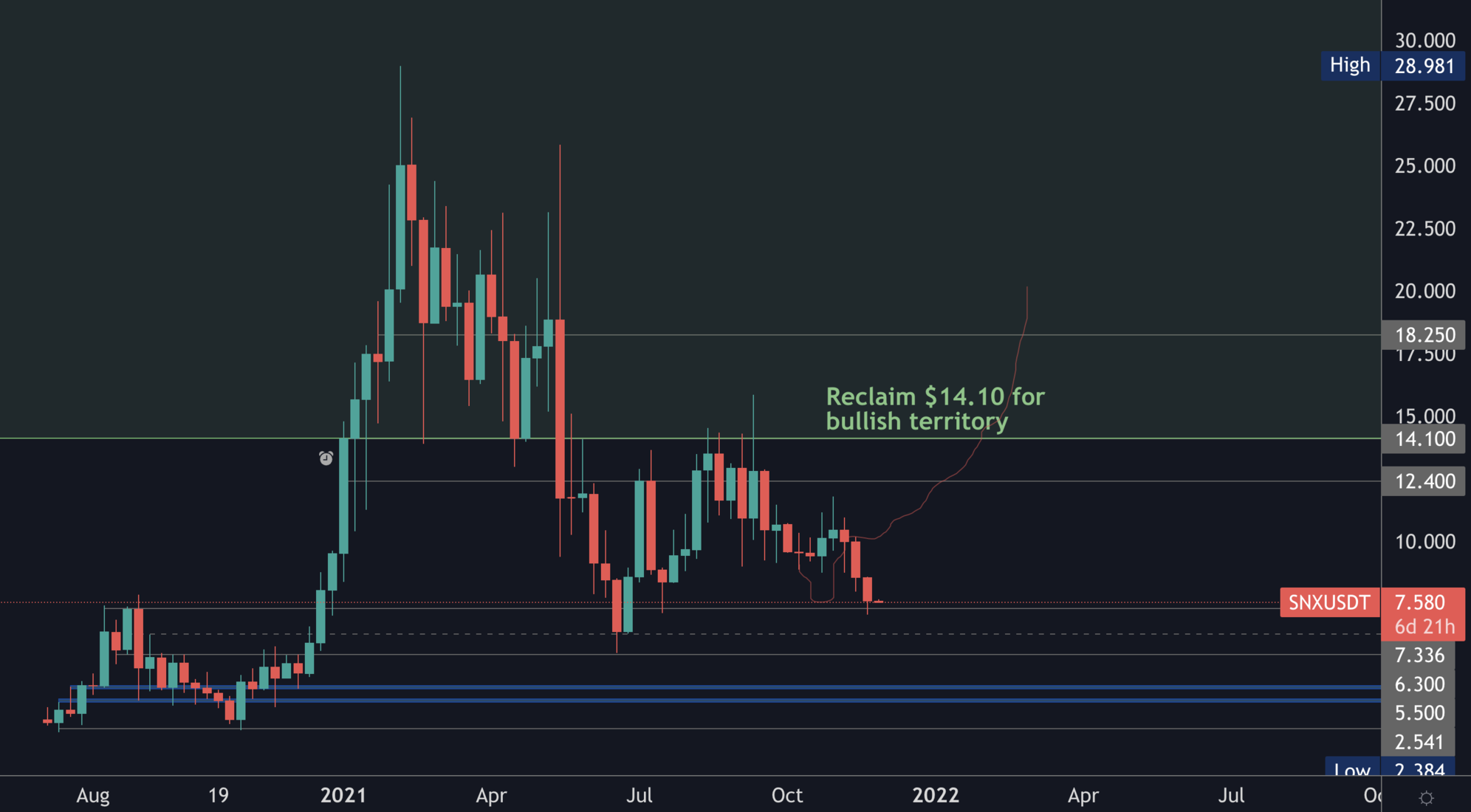 SNX has reached support at $7.50. While a swing long looks good here, the weakness seen in BTC’s structure has kept us away from taking it. From here, we’d expect $12.40 to be tested in the coming weeks. 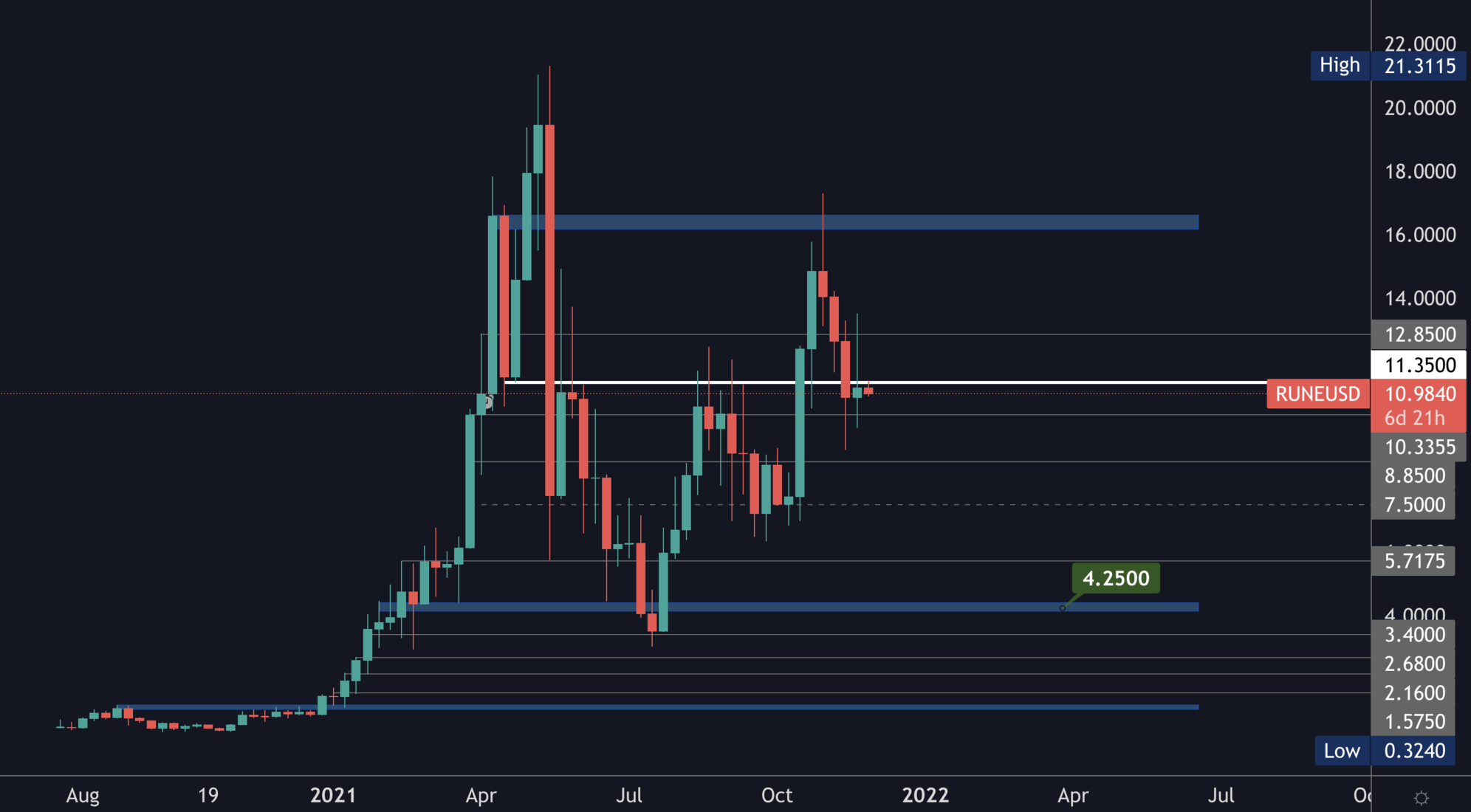 RUNE has failed to maintain a closure above $11.50 which makes us keep the chop & drop assumption on RUNE until that price is reclaimed. The structure on the weekly remains bullish as it consists of higher highs and higher lows. The denominator on the daily is the $200 key level, as long as price trades above it then $300 would be likely. Consolidation following a large advance in price during the summer. Now, it is a matter of maintaining a bullish market structure on the weekly and reclaiming $5 on the daily. The weekly closure is a bullish hammer but the loss of $50 is something we are remaining aware of as it can lead to a move to $40. Playing with fire, $12.50 is the level that must hold to prevent a dip towards single digits for DYDX.