Kraken experiences system glitches due to ‘high surge in interest’

Kraken, a U.S.-based cryptocurrency exchange, is experiencing some issues due to an increased usage of the platform.

The exchange has identified two issues with the platform, which they have promised to resolve.

The exchange tweeted that “we are experiencing another all-time high surge in interest.” They further added that they are “working rapidly to fix identified issues.”

On a positive note, the exchange said “trading via API and the Kraken Pro app are not affected.”

We are experiencing another all-time high surge in interest. Working rapidly to fix identified issues. Trading via API and the Kraken Pro app are not affected.

According to an update on its website, Kraken revealed that they are experiencing at least two issues.

The exchange received reports that some of its clients faced delays while using instant funding methods, which affected the deposits available for trading. Kraken further said that some clients experienced problems with card payments.

The second notable issue was reported by clients who said they had trouble connecting to the site while using the app. This issue, according to Kraken, is due to heavy traffic.

The exchange provided an update stating that “signups are re-enabled” after implementing a fix and they are monitoring the results.

A spike in traffic

According to data provided by CoinMarketCap, there has been a huge spike in traffic across several exchanges in the last 24 hours.

Kraken, with a spot trading volume of  $2.662 billion in the last 24 hours, has seen an increase of just over 40% in trading volume. 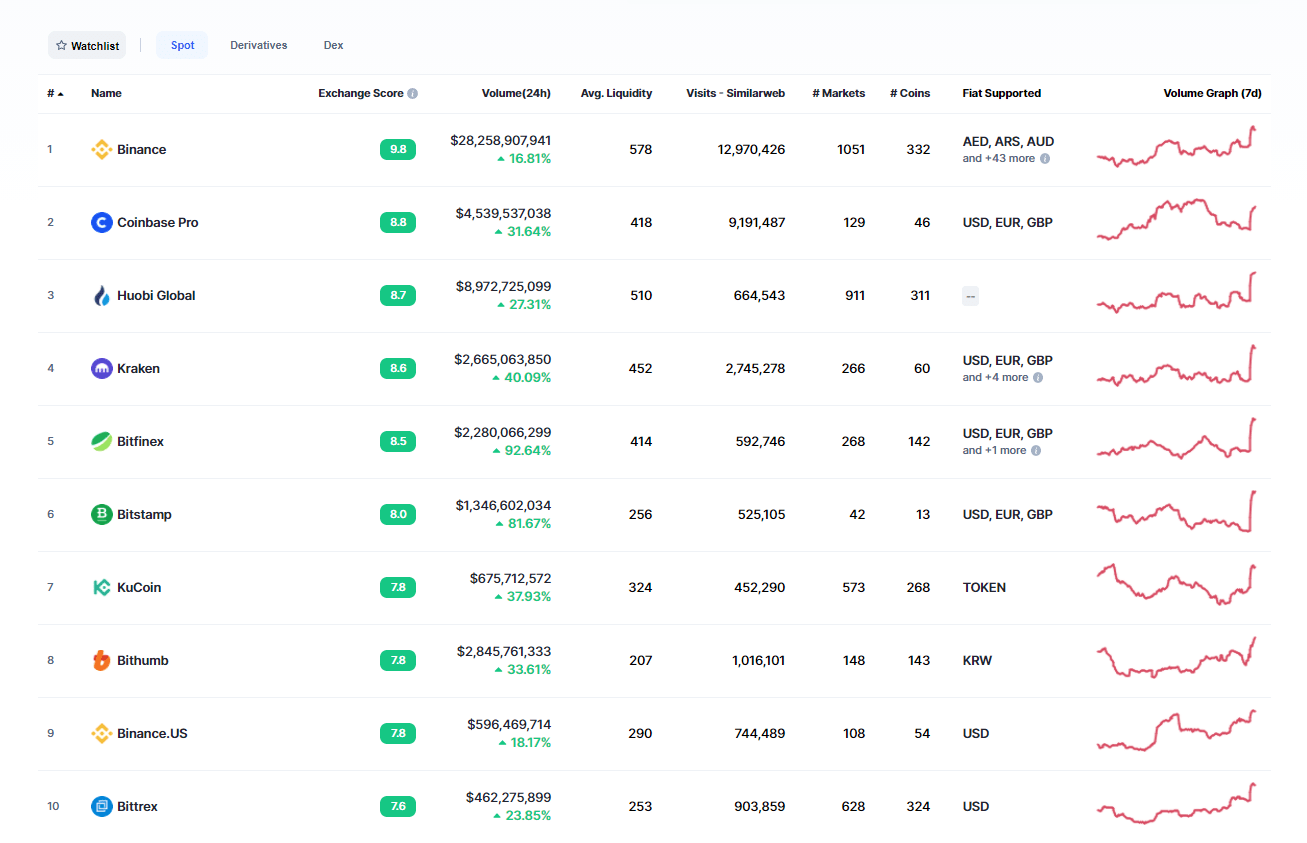 Kraken’s trading volume is up 40% in the last 24 hours. | Source: CoinMarketCap

In contrast, Binance, the largest cryptocurrency exchange by trading volume, experienced a spike of 16.7% to reach $28.166 billion in trading volume in a 24-hour period.

Bitfinex, which recently repaid a debt it owed its sister company Tether, experienced a surge of 92% while Bitstamp handled an increase of 80%.

Cryptocurrency exchanges have a history of being overwhelmed when there is a surge in traffic. This normally happens during a bullish cycle that triggers traders and crypto holders to enter the market to capitalize on price movements.

The news of Tesla buying bitcoins worth $1.5 billion has resulted in a bullish cycle. Bitcoin gained more than 10% shortly after the news broke.

This seems to have translated to altcoins which are mostly in the green. Many people want in when the markets are like this and this could be the cause of the issues being faced by the exchange.

However, this is frustrating as traders who want to get in on the action have to wait until the issues are resolved.