Since the beginning of time, men have dominated many industries; traditional finance, technology, and politics, to name a few. Being a woman in a male-dominated industry comes with difficulties and cryptocurrency is no exception. However, despite difficulties, many women are making their mark in the crypto space.

As the world and technology advance, it is empowering to see increasing numbers of women take on leading roles. There are many amazing, inspirational women making their mark in cryptocurrency and blockchain. Here we take a look at 10 women leading the way: 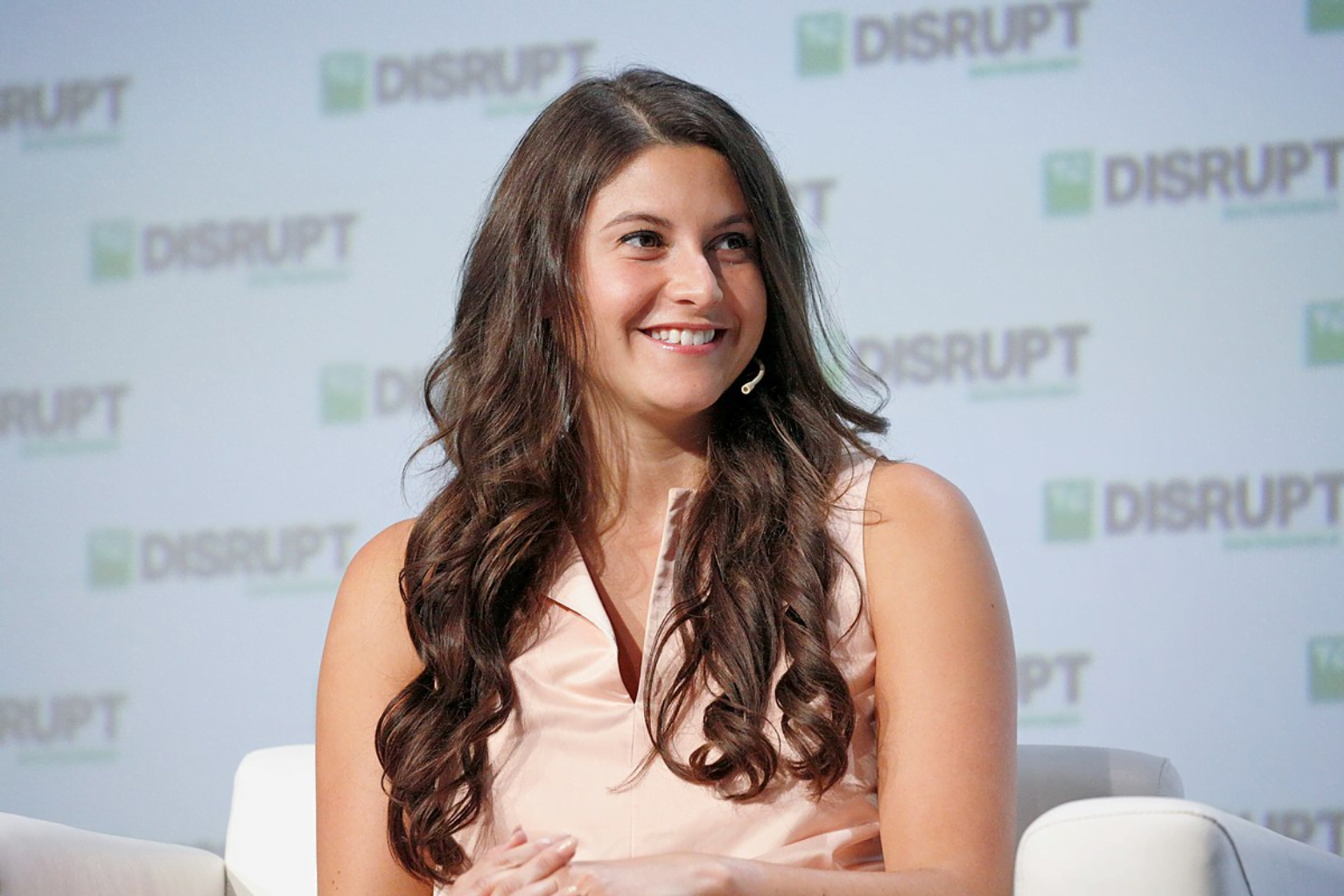 Arianna’s crypto journey began back in 2014 conducting her own research before becoming an employee at BitGo, creators of commercially ready multi-signature wallets. From here, Arianna went on to found Autonomous Partners, an investment fund, before joining a16z crypto investment team. Arianna, who was ‘into crypto before it was cool’, also helped to launch Crystal Towers Capital, a venture capital firm based in Mountain View, California. 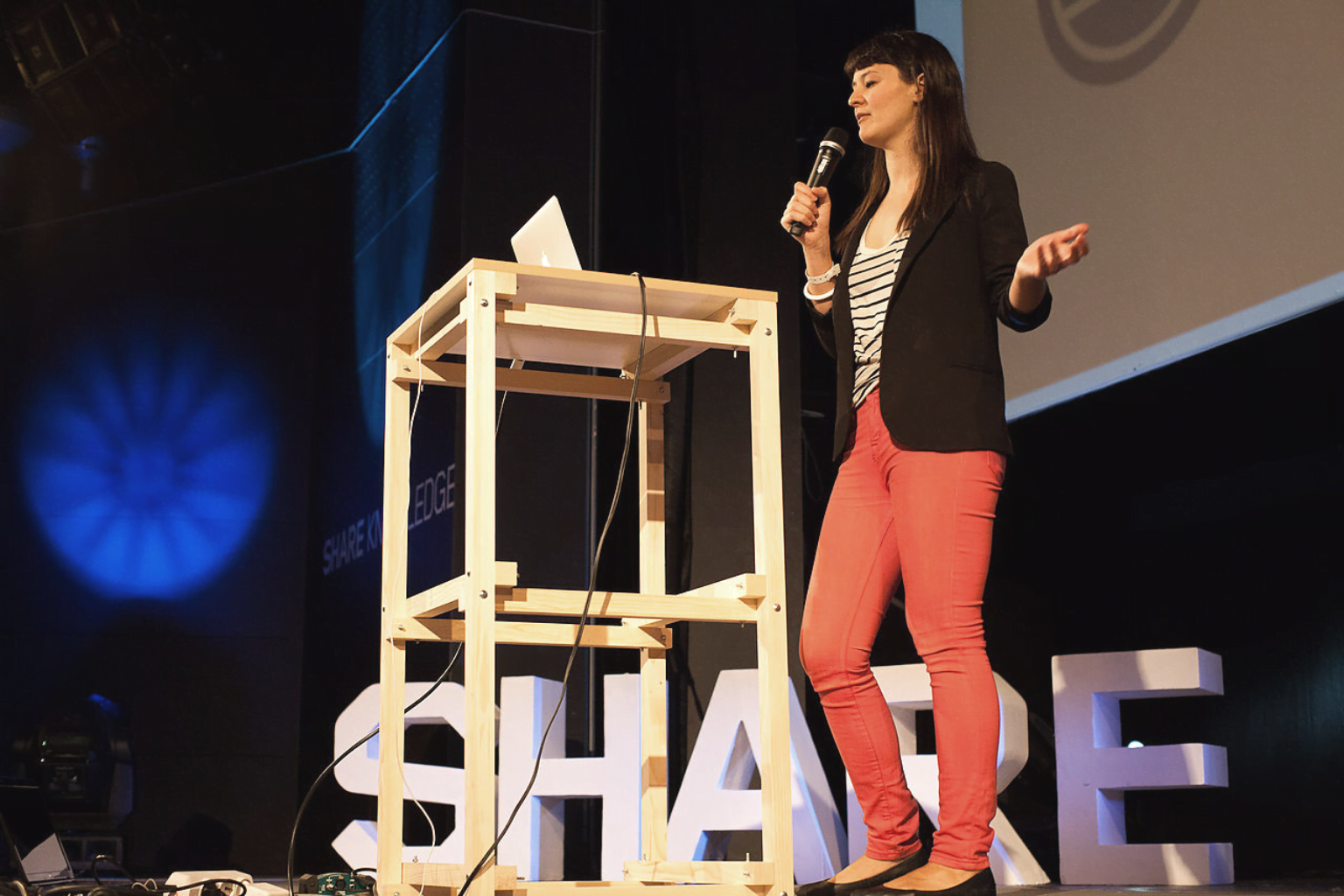 Blockchain entrepreneur and avid internet fan Elizabeth Stark co-founded Lightning Labs in 2016. Lightning Labs develop software that helps to power the lightning network, the aim is to enable faster, cheaper Bitcoin payments. Before co-founding the project Elizabeth taught at Stanford and Yale about the future of the internet. The message portrayed by Elizabeth and Lightning Labs is something that resonates with our idea of equality, not just for women but for all.

“Bitcoin to billions of users, not billionaires”. – @lightning

‘I didn’t get into this space so one rich dude could control or influence #bitcoin. Its beauty is that no one controls it. Bitcoin doesn’t care if you’re rich or poor. It’s open to all.’ – Elizabeth Stark 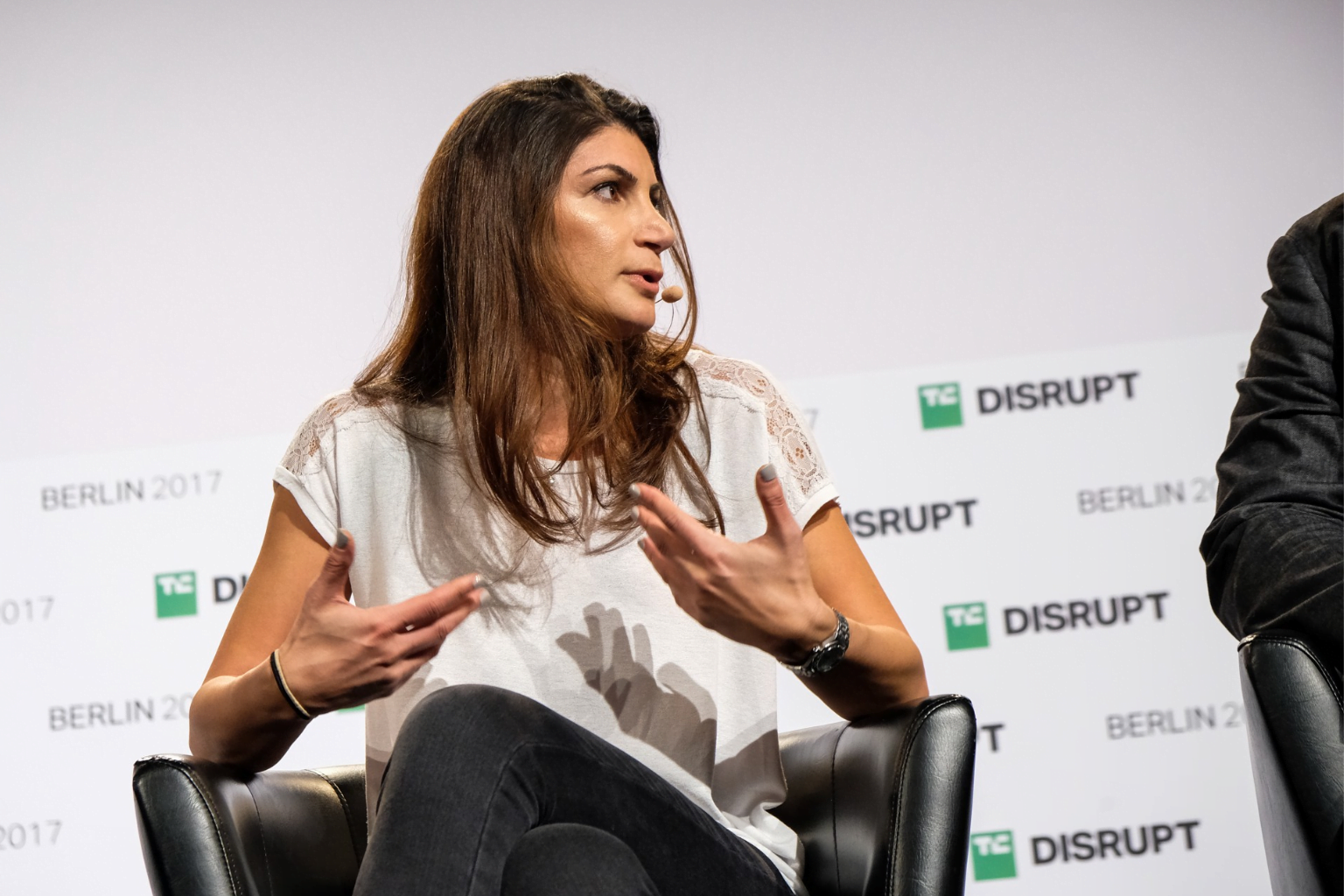 Starting as a Goldman Sachs trader in 2003 before entering the world of DeFi, Mona El Isa made it onto ‘Forbes 30 under 30’ by the age of just 28. In 2016 Mona co-founded Enzyme (formerly Melonport), an on-chain asset management DeFi protocol. Enzyme is a protocol that serves two users; managers and investors in allowing you to set up, create and write the rules of your investment fund in code – those codes are then enforced by the blockchain. 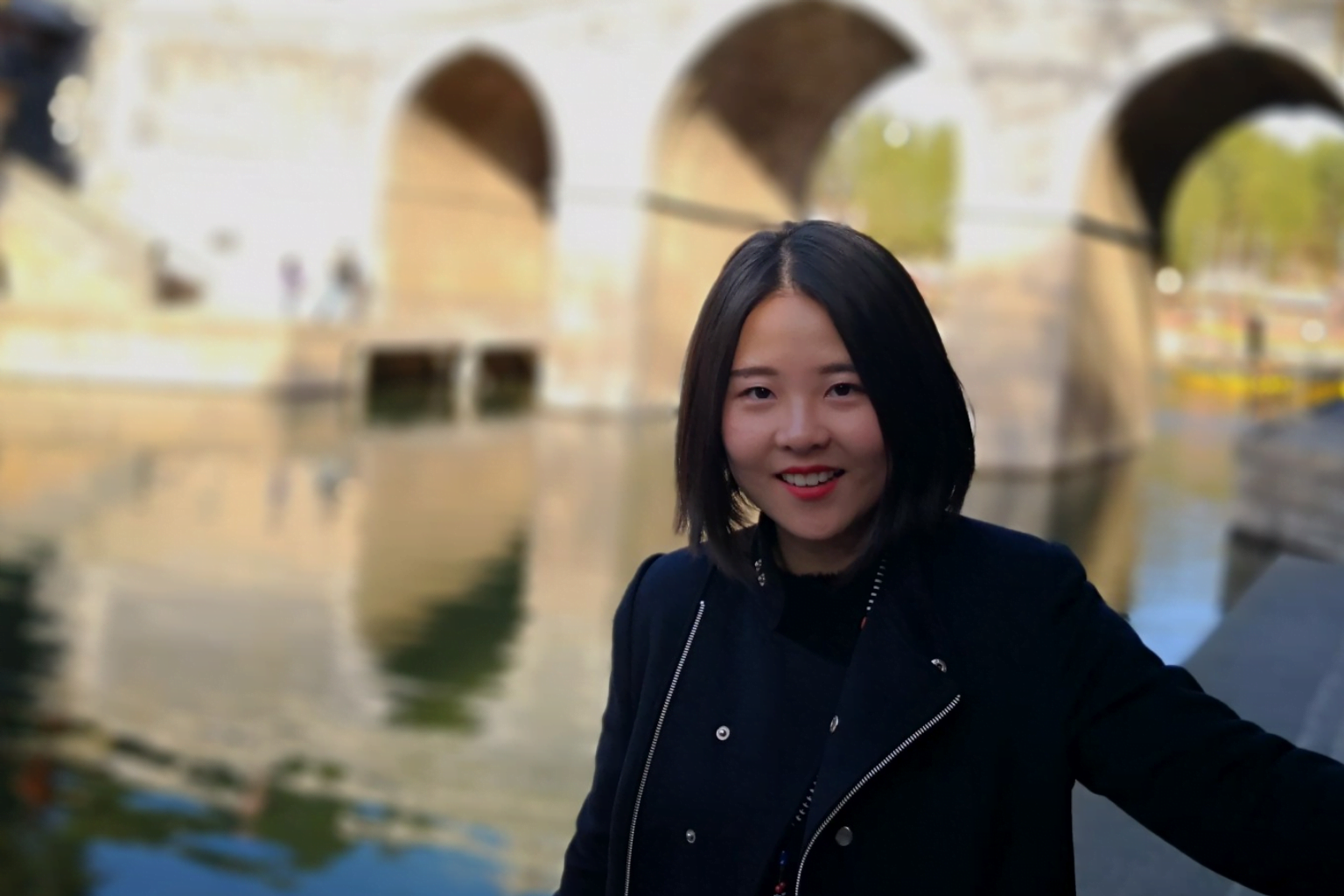 Based in Hangzhou, Mable Jiang joined Multicoin Capital in December 2019 as a Principal on the investment team. Over her career, Mable has created a strong reputation within the Chinese crypto community and is helping to bridge the information and cultural gaps between East and West. In her words, bridging cultural gaps is more easily described than built due to technological, informational and trust differences. Mable also hosts a podcast, 51%, which explores blockchain’s rapid developments across Asia. 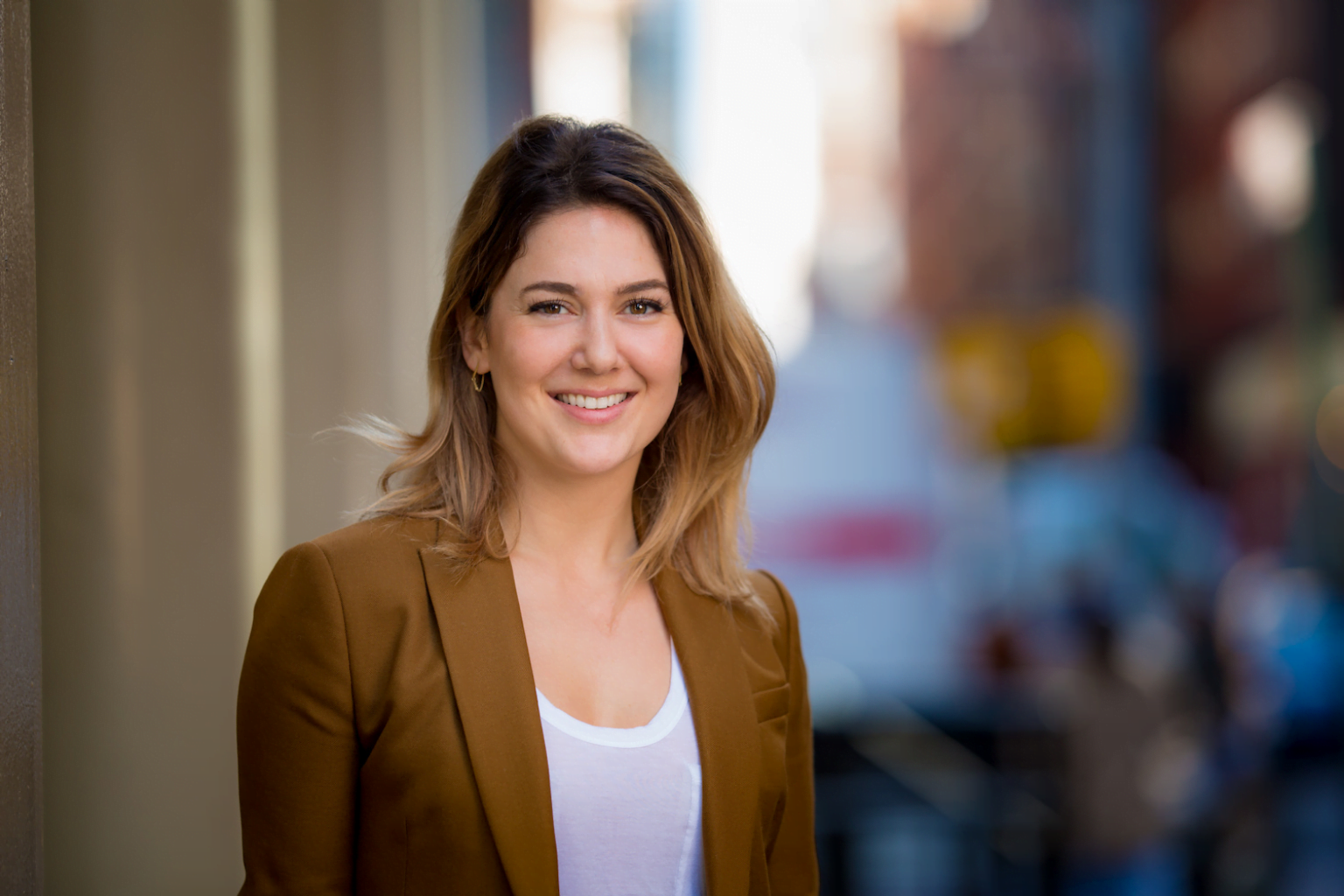 A career that began with trading in Oil & Gas industry, Meltem Demirors stepped into the world of Crypto by helping to develop Digital Currency Group. Now working as Chief Strategy Officer of CoinShares, Meltem is an outspoken advocate doing her utmost to create acceptance of Crypto as an asset class. Her work is respected, and she has been recognised for her contribution to the industry.

As a child of two immigrants from rural Turkey, Meltem has not only defied all gender stereotypes but has also proved that anybody, despite their background, can become successful.

Each year Meltem donates 1% of her crypto to non-profit organisations with a particular passion for EWT Fund, supporting education for women in Turkey. The charity promotes education to empower underprivileged girls with the knowledge and the skills necessary to create a better life and is run by Meltem’s mother. 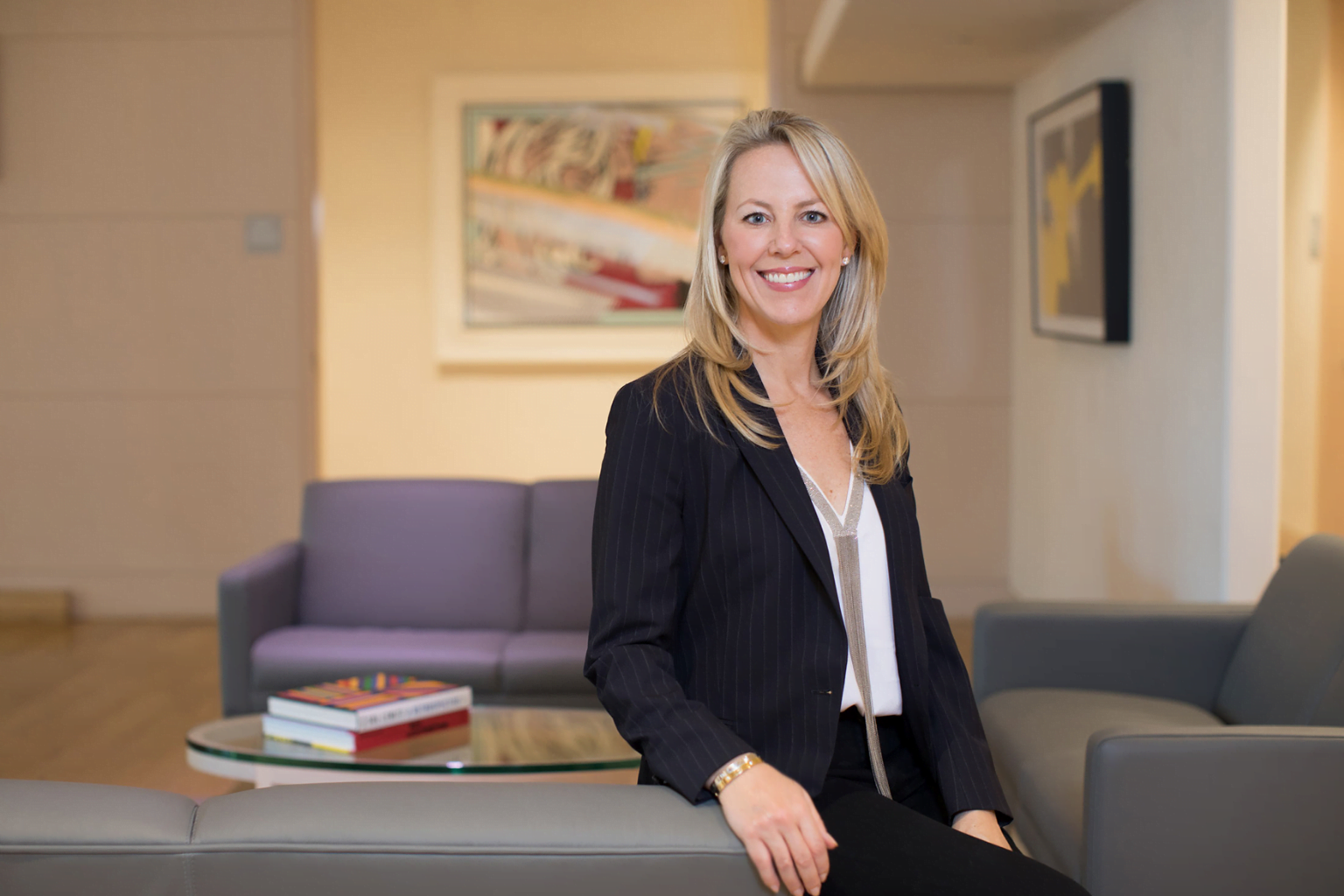 2018 saw a breakthrough for gender equality in crypto as Andreessen Horowitz (a16z – venture capital firm) took on Kathryn Haun as the first female general partner. Kathryn’s career has certainly been interesting, from a federal prosecutor handling fraud, cyber, and organized crime to then entering the world of cryptocurrencies. Whilst working as a federal prosecutor, Kathryn began gaining knowledge and advising on crypto start-ups, including Coinbase, who directly approached her with a formal role in 2017. 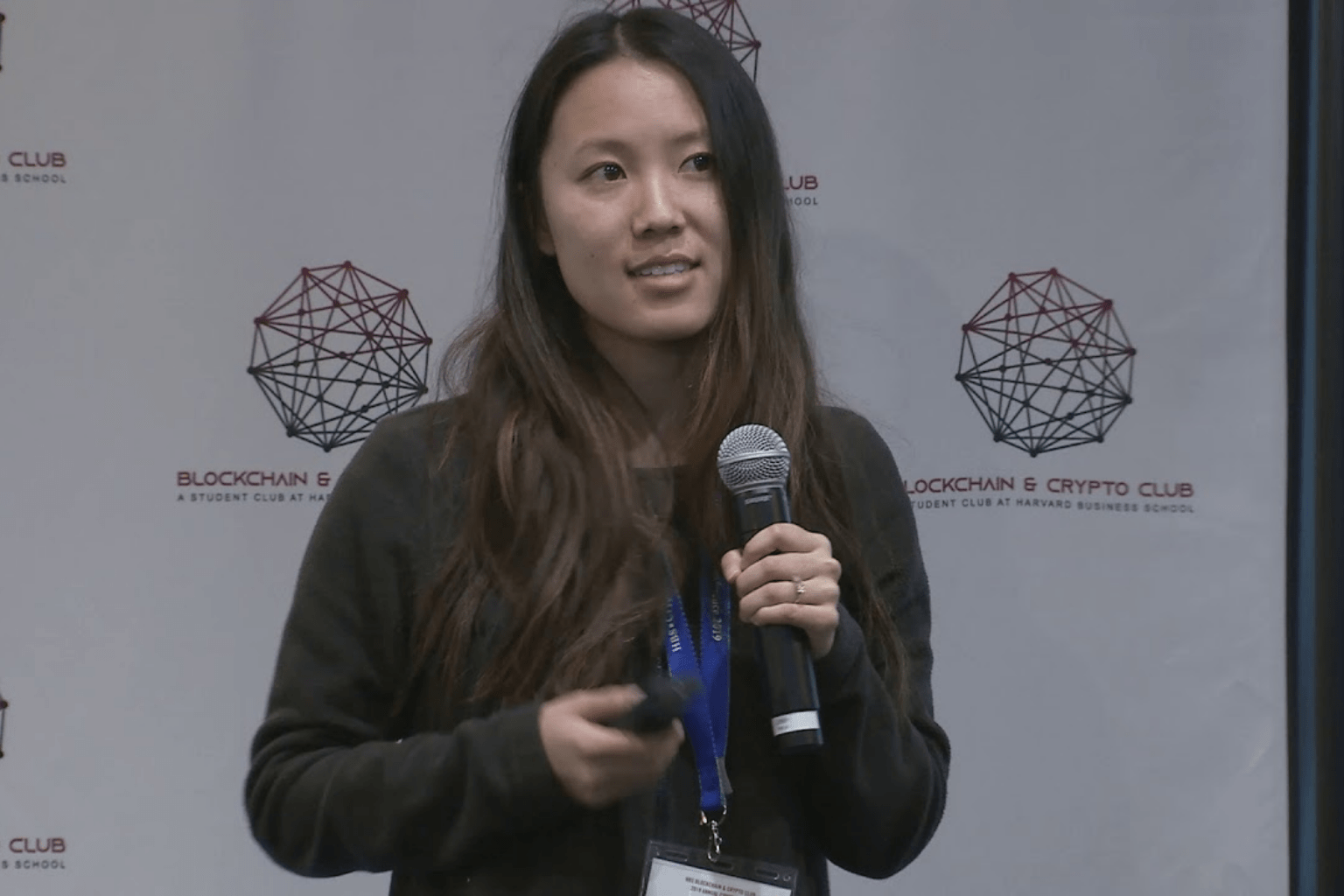 An inspiring achievement from Linda Xie as 2019 saw yet another women leader in crypto listed in Forbes 30 under 30. Linda Xie is widely known for co-founding investment management company Scalar Capital, with previous experience as a product manager at well-known exchange platform Coinbase. Linda has written many beginners guide on subjects such as DeFi, NFTs, and DAOs to help people gain a better understanding of important areas in cryptocurrency. 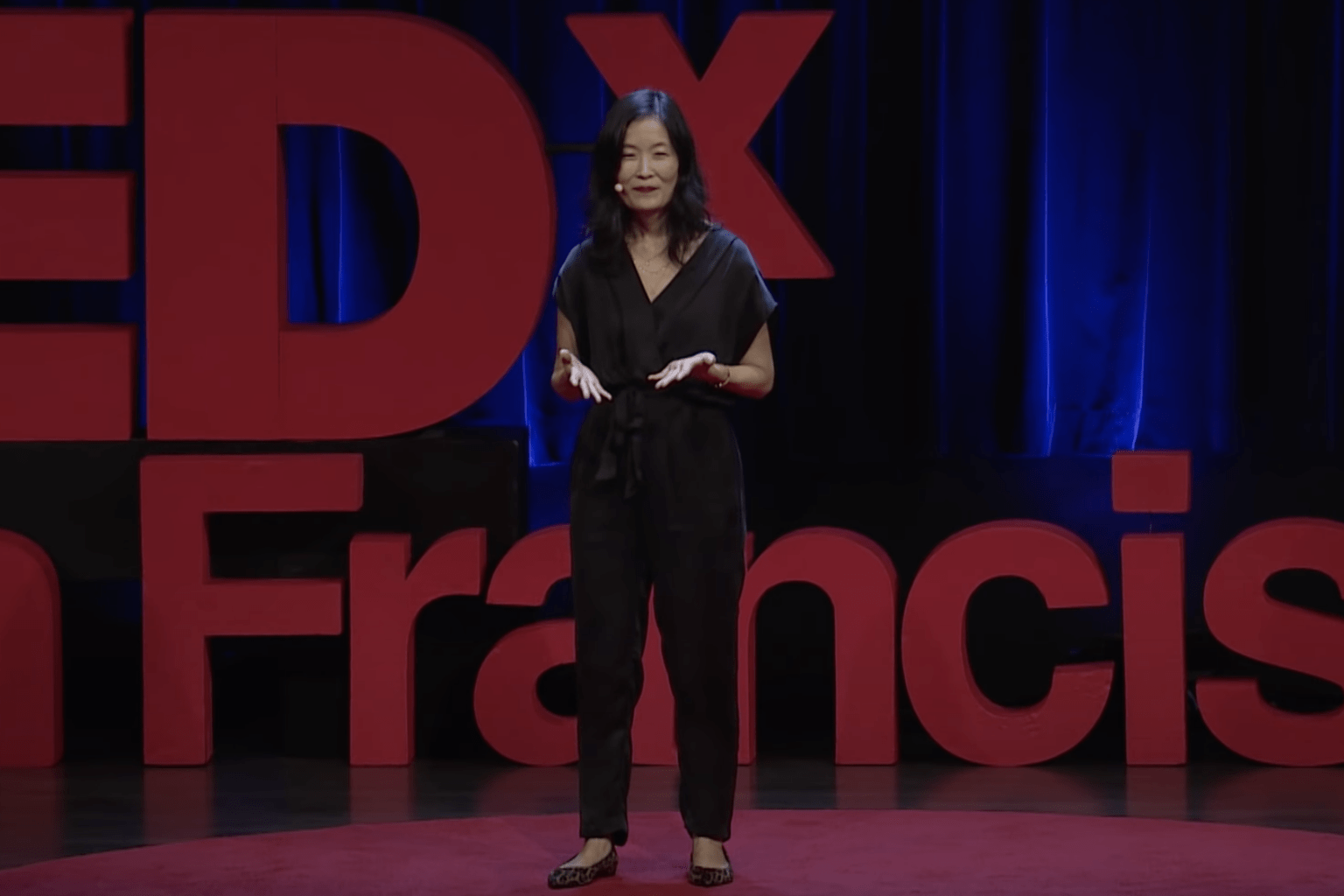 Host of podcast, Unchained, Laura Shin has become a respected journalist within the cryptocurrency and blockchain sector. Laura was the first mainstream media reporter to cover cryptocurrency full-time, a venture that started 6 years ago. Her knowledge and experience have led to writing a book ‘The Cryptopians: Idealism, Greed, Lies, and the Making of the First Big Cryptocurrency Craze’ which is due to be published later this year. As a journalist Laura is well aware of the gender gap in the cryptocurrency industry, as one of her latest podcasts covers the topic ‘Crypto’s Gender Disparity: What Can Be Done About It? 4 Women Weigh In’. The podcast discusses how crypto is the intersection of tech and finance – both male-dominated industries, what issues women face, and why it is not spoken about so publicly. 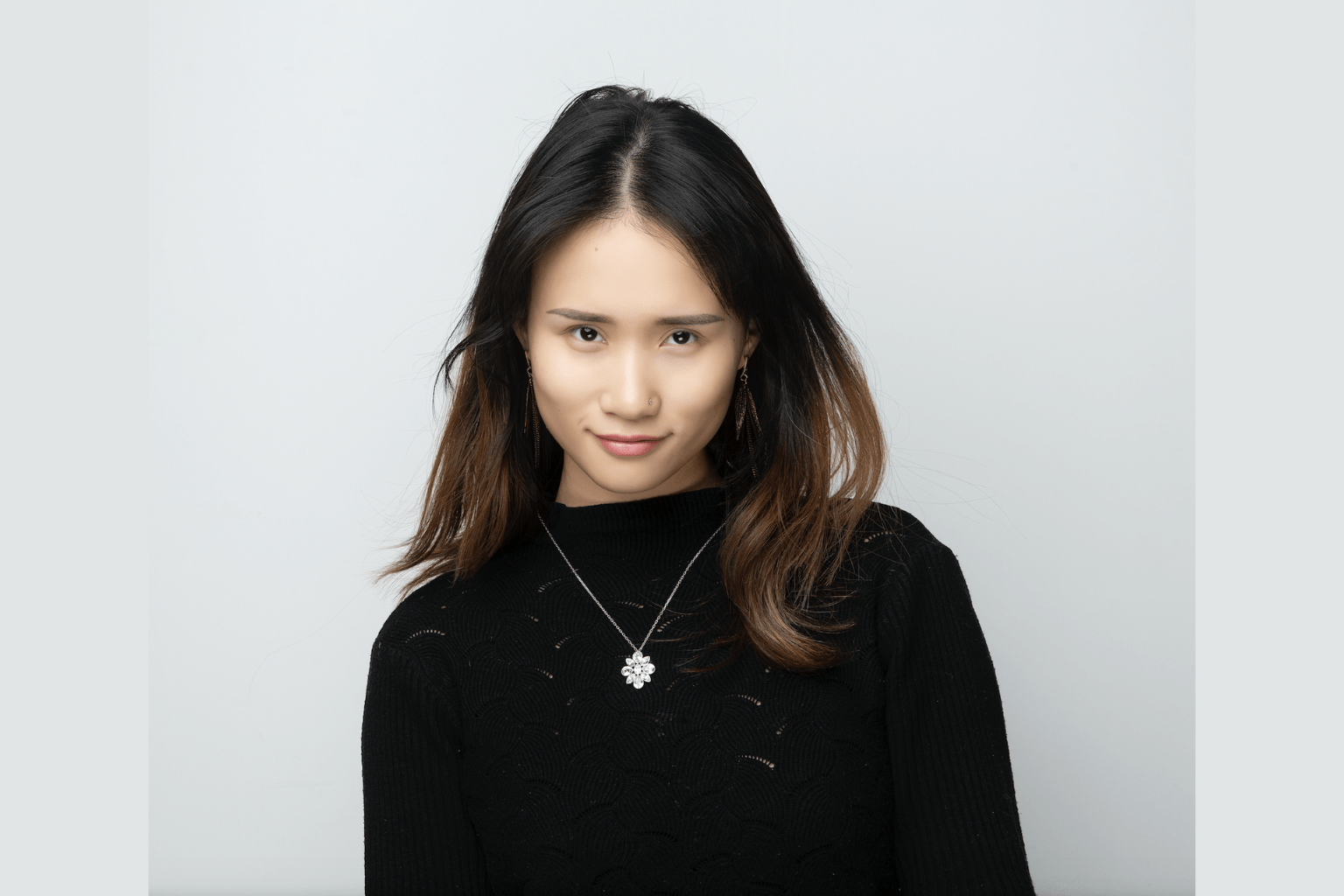 Mia Deng is a partner of Dragonfly Capital, a cross-border crypto-asset investment firm with a presence in Asia and the States. The thesis driving Dragonfly Capital is that crypto is global from day one, with a need for a deep understanding of both East and West. Bringing her knowledge from her previous tech background, Mia believes that the representation of women in crypto is currently ‘heavily skewed and that women carry the mission to at least balance it out a little bit’. A digital artist, known only as ‘pplpleasr’, who describes herself as a ‘high-quality meme generator’ is making herself known. NFTs have recently gained huge popularity and pplpleasr shot to fame through collaborations with Sushiswap, Aave, Qrion, and Yearn Finance. Her recent work, an animated video used by Uniswap to promote its V3 platform, fetched a price of 310 ETH ($520k). The NFT was described as ‘the most iconic NFT ever to have been minted on any blockchain’ by Alex Svanevik, CEO of crypto data platform Nansen.

Cryptonary recently had the pleasure of speaking to pplpleasr about her experience as a woman in the crypto and NFT world. Before entering the NFT space, her career was in another male-dominated industry of digital art and animation. During her career, pplpleasr’s work has included visual effects in films such as Batman v Superman and Wonderwomen.

Pplpleasr told us how she noticed a trend when transitioning to the NFT space; it was noticeable that most artists and collectors were men. The highest selling NFT artists are noticeably male, and their work is being bought by male collectors. Through the sale of her NFT she expressed that she hoped it would set an example to other women. In our opinion, this hope was definitely achieved.

It is nothing short of both empowering and inspiring to aspiring women in crypto to hear positive experiences from a successful leading woman in the industry.  “Something that I really love about the crypto space in general, especially within the DeFi community, even though it is largely male-dominated is that the politics are a lot less based on who you are and what you look like. It is abundantly clear by how many anonymous profiles are on crypto twitter. You don’t know who these people are, but the space has been willing to reward and prop up those who put out good work. Luckily I feel like this is something that happened to myself.’’

The success doesn’t come without difficulties though; pplpleasr shared how she found it intimidating to tap into the competitive NFT space. The intimidation came through the fact that seemingly only a select group of people were able to make it in the space. Breaking down barriers, an auction was kicked off to sell her artwork on Foundation. When the NFT was sold it became the highest selling NFT from a woman artist on Foundation. Pplpleasr defied all stereotypes and made it as the number 4 top selling artist on Foundation, the top 3 being men. This success was groundbreaking for the space as she explained “In a more shocking statistic, I was the second woman to even enter the top 10 at all.”

We asked for some advice for women wanting to make their mark in the crypto or NFT world. “Don’t be afraid of self-promotion. The nature of women can be more passive or reserved in general and a lot of women tend to be shy. So much of crypto is about shilling your art, shilling your coins and shilling your knowledge. It takes courage to come out and say ‘I know what I’m doing’. Don’t be afraid to speak up.”

Blockchain & Crypto: How can the Empower Women?

It is estimated that 42% of women worldwide are not able to access traditional banking services. Blockchain and cryptocurrency provides the access for those women to facilitate financial transactions.

The more women we educate to utilise cryptocurrency and blockchain transactions; the more knowledge and interest women will gain within the industry for both personal and business purposes. Women will not only find that they become empowered by financial freedom, but they have the opportunity become the next women leaders in crypto; bridging the gender gap even further.

We, women, need to be speaking out, educating, networking, and encouraging other women to join us in crypto and blockchain. We have an opportunity to bring our ideas, creativity, diversity, and skills to the market.

We, Cryptonary, are willing to pledge our full efforts (as an entire team) to make this happen: shape the industry where gender is unimportant, only work ethic/results matter for the betterment of humanity and society.

The future ahead is, for certain, an exciting one. 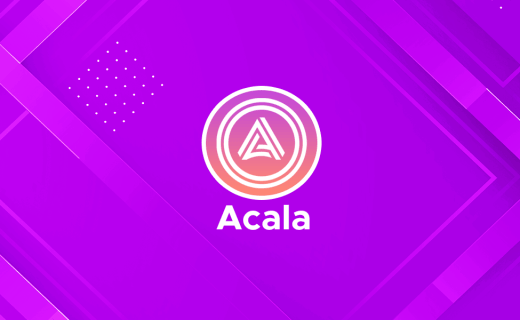 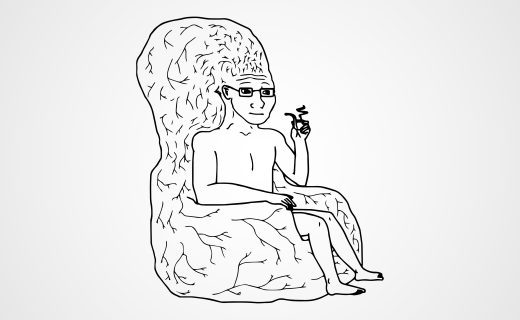