Bitcoin in a recession [Part 2]

Let’s first start with why Bitcoin was created in the first place. The main vision behind the creation was “a system for electronic transactions without relying on trust”.

Due to its volatile nature and low throughput (layer 1), using Bitcoin as electronic cash is slowly becoming disregarded by the majority; especially as more efficient cryptocurrencies have hit the market for that purpose.

By definition a currency for everyday transactions should encourage spending, the best way to achieve the latter is through inflation. Bitcoin being deflationary by design encourages people to hoard the asset.

While it may have not filled its original purpose it has found a new and much-needed one: a hedge against inflation. This was already seen in countries that were hit by hyperinflation such as Venezuela and Zimbabwe, these are countries where Bitcoin trades at a premium to the international spot market price.

Gold is viewed as a safe-haven asset, an asset where investors seek refuge in the case of geopolitical tensions or overall market uncertainty. The issue with gold is while it may have rallied to ATHs in 2011 and is currently likely to set new highs against the US dollar, its inflation-adjusted top was registered in 1980. 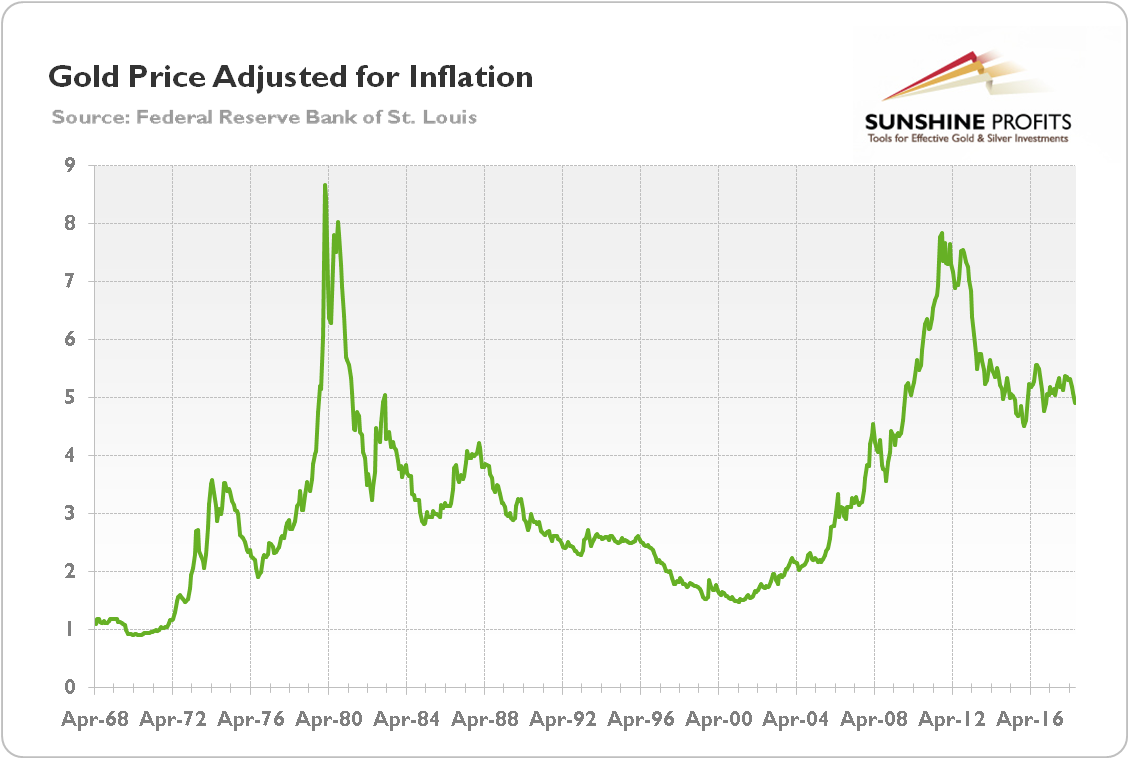 As a store of value, we can see a clear contradiction as investments in the yellow metal would have lost value in terms of purchasing power, despite its rarity.

Bitcoin as a hedge against inflation

As already seen in a few countries, Bitcoin is the asset of choice when it comes to hyperinflation. Though the data is limited due to its novelty, Bitcoin has beaten inflation and set record highs against fiat currencies. Due to the astronomical movements in Bitcoin’s price, when charted against the CPI index the chart looks identical to the price chart. 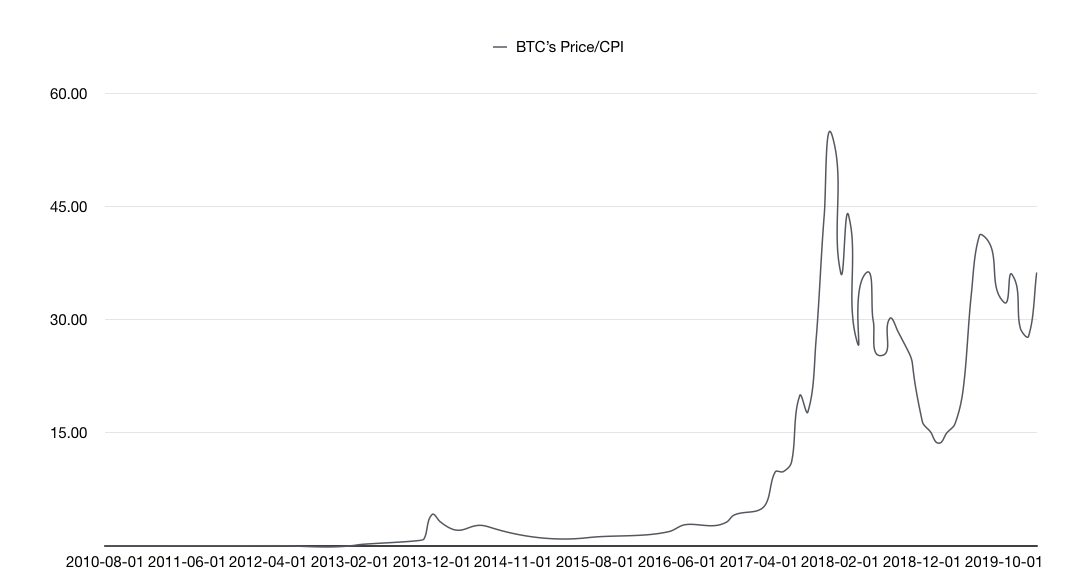 Clearly, unlike Gold, Bitcoin does not present the same problem of losing purchasing power (i.e. real value) when its returns are adjusted for inflation.

Barrier of entry and storage

The second critical question is which asset is more easily accessible to investors. Gold is accessible either via brokers or physically which keeps it easy to gain access to and blockchain technology has made it even simpler to access Gold through the Ethereum blockchain with PAXGold.

Bitcoin, on the other hand, may be viewed as more complex to acquire, which could not be further from the truth. The digital asset can be purchased using physical ATMs, credit cards, bank transfers or even in-person transfers through a website like “LocalBitcoins”. The only issue revolving the acquisition of Bitcoin is the education required to know how to store it properly to which there exists certain solutions: first crypto-currency exchanges and second custodians such as Revolut.

Storage, however, comes at a cost for Gold as it has to be physically stored somewhere in the world. Whereas Bitcoin storage is extremely cheap and comes at a negligible cost.

This question cannot be answered with unequivocal certainty as this is truly the first recession since Bitcoin’s inception. However, we can conjecture with decent probability based on previous data and common sense.

We have seen Bitcoin act as a geopolitical safe haven not too long ago during both the China/US trade war and the Iran/US conflict with mimicked movements in the latter. Additionally, we’ve seen a real-world example of people using it as a hedge against inflation.

These indicators are hinting towards the probable outcome of an increased demand on Bitcoin as the recession exists the panic phase and enters into a lengthy recovery.

Bitcoin vs Fed: the battle of monetary policies

While the Federal Reserve retains the right to print US dollars at their discretion, Bitcoin’s governance is put into a tamper-proof code. The Fed has recently started an “Infinite QE” and draped bank reserve requirements to absolute zero to stimulate lending and spending.

Common sense dictates that every action has a consequence (or reaction), and these latest Fed actions will lead to insurmountable inflation that the American people will have to carry over their shoulders. While it may have worked post-2008, it may fail this time as the reaction becomes too big of a burden to handle.

The current discretionary monetary system is failing and a blockchain-based system is a potential solution, in fact, it is the prime candidate. 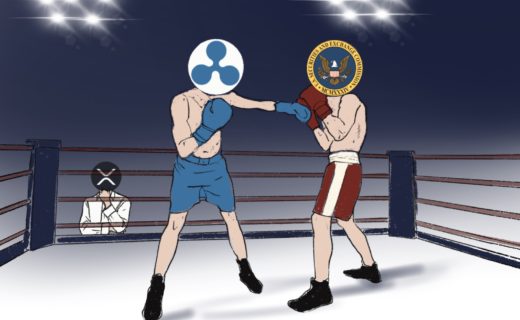 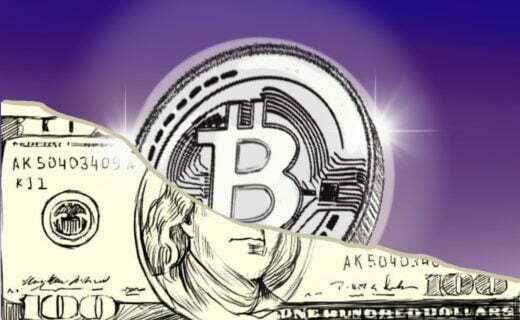 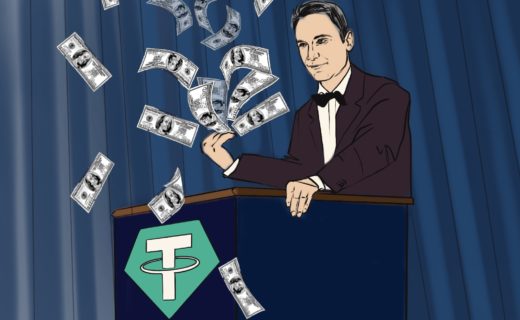