The first Polkadot Parachain auction has concluded, with Acala claiming the first-ever slot. As part of our Giga-Brain Strategy, we have come up with a thesis on how we intend to play each individual project.

Although we get our DOT returned to us at the end of the lease it is still important to have a plan for extracting as much value from each auction as is possible. It is not as easy as just calculating a potential 3X, 5X, or 10X gain – these are all Layer 1 protocols in their own right and as such will have their own ecosystems developing on them too.

Polkadot is the ecosystem of ecosystems, after all.

The purpose of this journal is to outline the key fundamental points and outline the tokenomic model for the Acala Network.

The problem with DeFi in its current state is that it is segregated by chain. For example, it’s impossible to use Solana based assets as collateral for taking out a loan on Ethereum based lending protocol Aave. This is where the chain-agnostic properties of Polkadot come in to play. Acala is a multi-chain DeFi hub for the Polkadot ecosystem where liquidity from many chains and token standards can be used for a variety of DeFi activities.

What are the key components?

Acala has a built in stablecoin platform and their own stablecoin called the Acala Dollar (aUSD). aUSD is an algorithmic, decentralised stablecoin, pegged 1:1 to the United States Dollar through an over-collateralisation mechanism. The technology behind this utility is called the Honzon Protocol. Here’s a brief rundown of how it works: 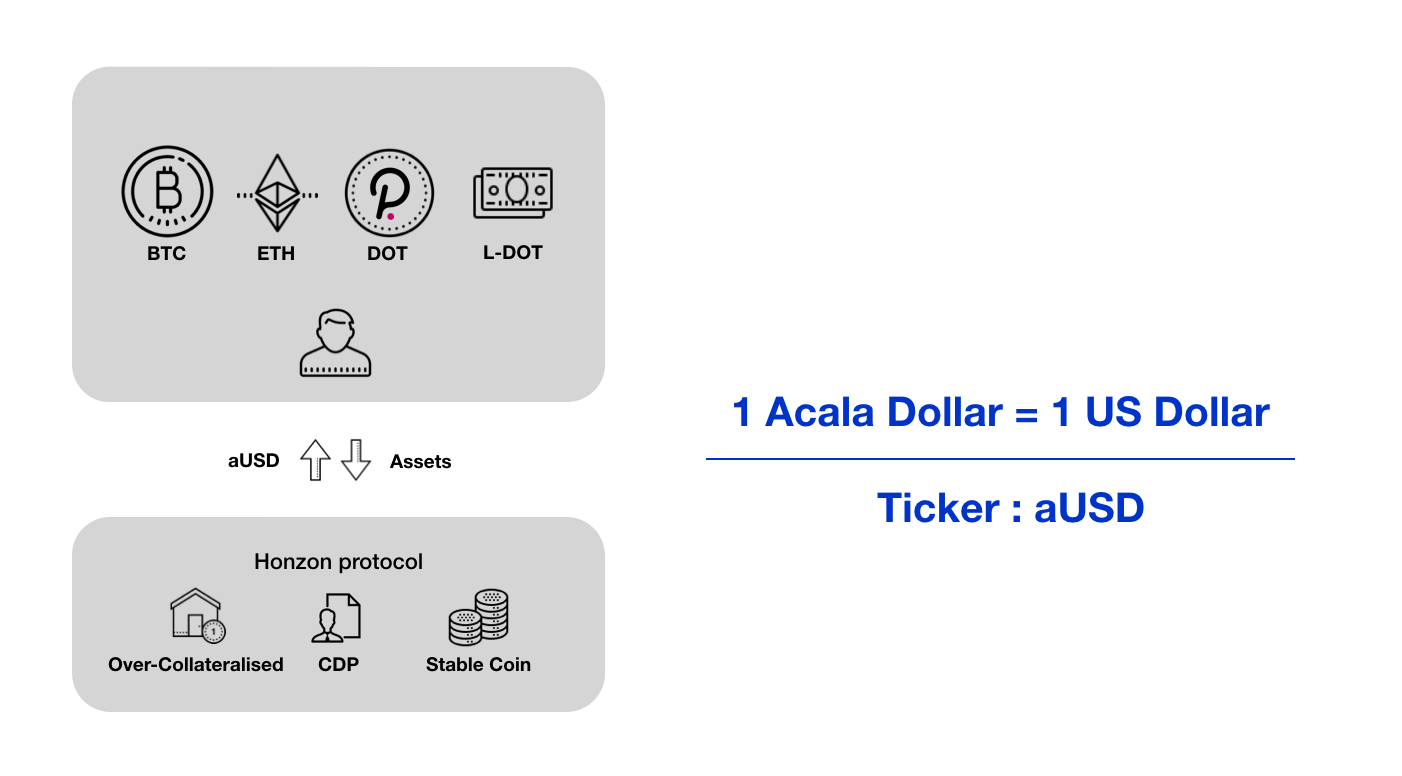 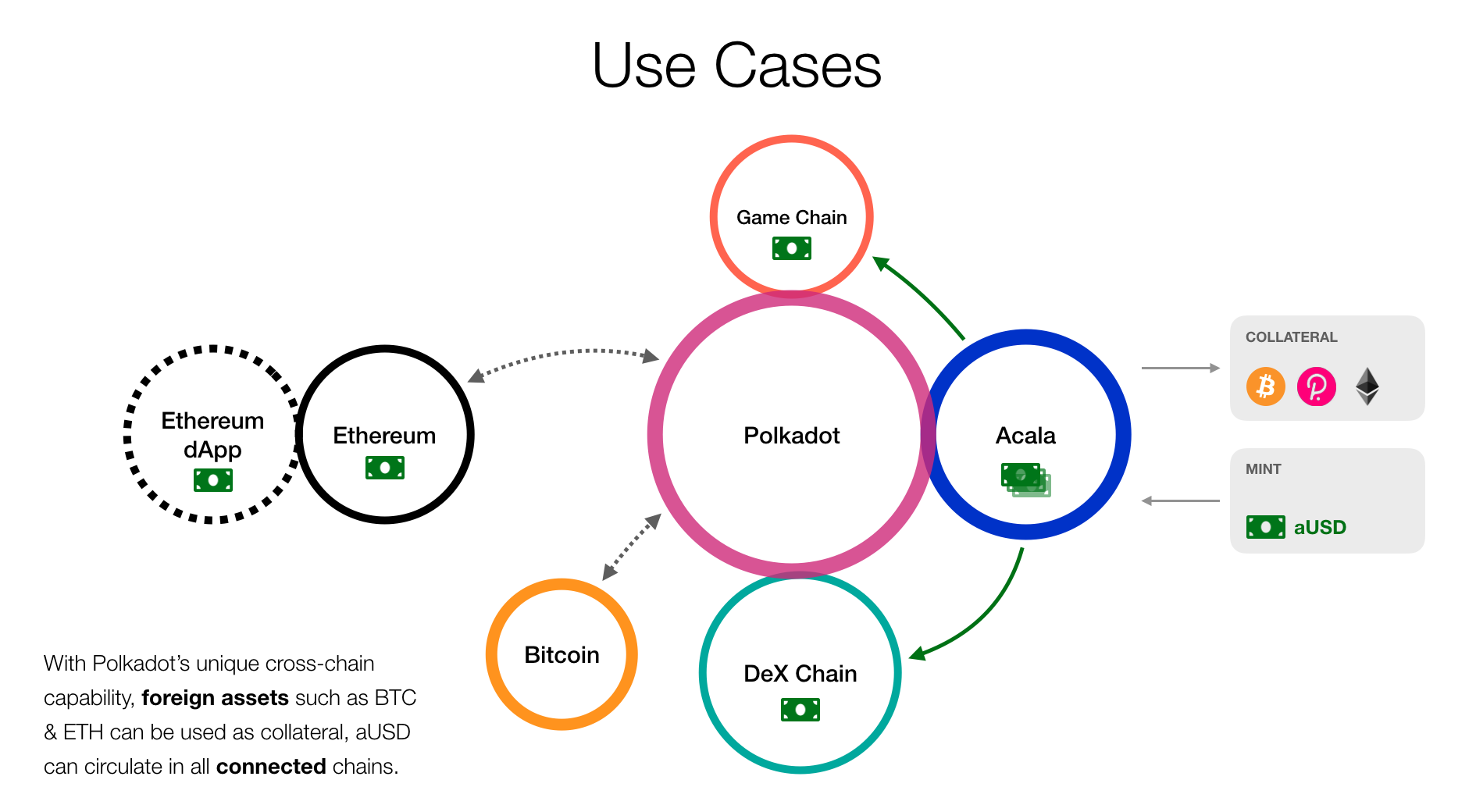 Generally, on most Proof-of-Stake secured networks there is only a finite number of tokens available at any one time. By design, networks that use a Proof-of-Stake consensus to secure the network require tokens to be staked.

This gives rise to a dilemma – there must be enough tokens staked that the network is secure, whilst also having enough tokens for a large number of users to use for other activities like bonding, paying transaction fees, lending, etc.

This is where the HOMA Protocol comes in – users can stake their DOT through Acala and receive the derivative token L-DOT (Liquid-DOT). Here’s how it works:

This solves the dilemma by providing the DOT required to secure the Polkadot network, whilst removing the liquidity constraint that comes with locking up DOT for at least 28 days. In addition to L-DOT, Acala offers Liquid Crowdloan DOT (lc-DOT) for Crowdloan participants who chose to contribute through that method. The mechanism and utility of lc-DOT is the same as L-DOT, except the DOT can’t be claimed till the end of the Parachain lease period.

Since we have already covered what ACA is used for in previous journals, here’s a TLDR:

Now on to the important part – tokenomics.

There are a few aspects that we need to look at to deduce a fair valuation for Acala, and we have a number of parameters we can use to do this:

The reasoning behind going for a conservatively high estimate is that emissions will begin immediately once the chain goes live so going for the higher end extends our timeframe over the next 2-4 months, at least.

We can use this estimate to carry out an arbitrary calculation of market cap based on the total DOT raised for the project, which is 32.515 million DOT (rounded).

We can use this market cap with the conservative estimate of token supply to estimate what ACA might be worth around about launch:

We know that there is a minimum of 4.6 ACA rewards per DOT contributed, but only 20% of this will be available at launch – the rest is vested, remember? So that’s 0.92 ACA per DOT.

We can use this to estimate what the overall ACA price would have to be for us to sell the 20% unlocked at launch to breakeven on our DOT investment at $40 per DOT:

Please note this is NOT a target, we are going to use this value to calculate a market capitalisation ratio between Acala and Polkadot that would be optimal to sell at least some of our ACA allocation:

With DOT at $40 the entire Polkadot market cap is:

Taking the ratio of the Acala market cap compared to the Polkadot market cap as a percentage:

So, for us to consider taking some profit on Acala, we would have to see the Acala market cap reaching 20% of the Polkadot market cap – this is the optimal percentage.

Now, the price of DOT is going to be variable and so are both the DOT and ACA supply so the calculations will vary depending on the exact moment the data is taken. Due to this, we’ll call it anywhere between 16-24%. This is a reasonable area for us to start selling some ACA tokens to recoup some of our capital.

It is important to note that this is not set in stone and is only relevant for the first 2-4 months. The purpose is to recoup as much of our DOT allocation as possible to run risk-free over the 2 years – this is in an ideal world. Once we have a better idea of price and the amount of value that Acala is capturing we will update this journal with a more solid target. At the end of the day, we can only take an educated guess at what the market price of the Parachain tokens will be worth at launch. 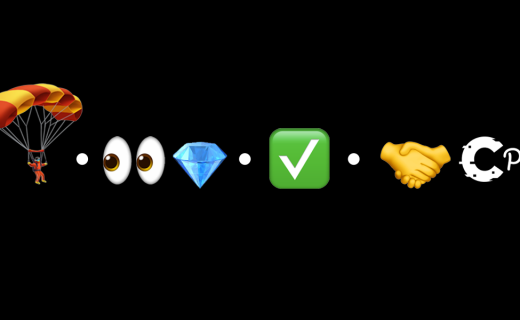 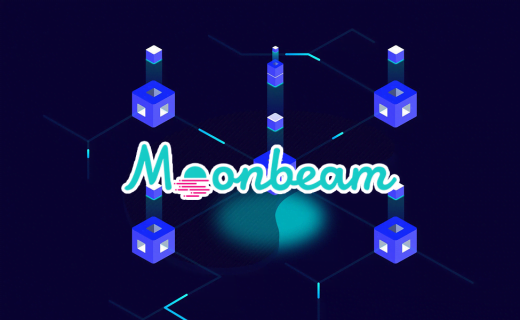 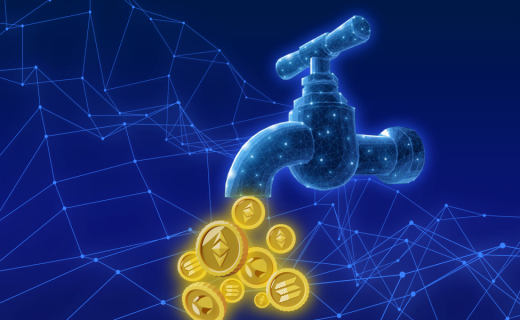