In June 2019, the G20 asked the Financial Stability Board (FSB) to evaluate global stablecoins or “GSCs”. While these offer a significant improvement to the current financial services system they may also present a significant risk to financial stability if adopted at large-scale.

Today, the FSB released a consultative document surrounding this particular topic to address the regulatory, supervisory and oversight challenges presented by GSCs.

The FSB made it clear that it is necessary to have a precise definition to GSCs that are both backed by a fiat currency or a basket of assets (such as Libra,) which differentiates them from other crypto-assets, and have the ability to gain global reach, which not all stablecoins may have. They have also clarified that they are using this term not to denote it as a legal concept but rather to ensure consistency.

Financial stability may be threatened via the following channels according to the FSB:

The FSB also tabulated the potential vulnerabilities GSCs may have as can be seen below. 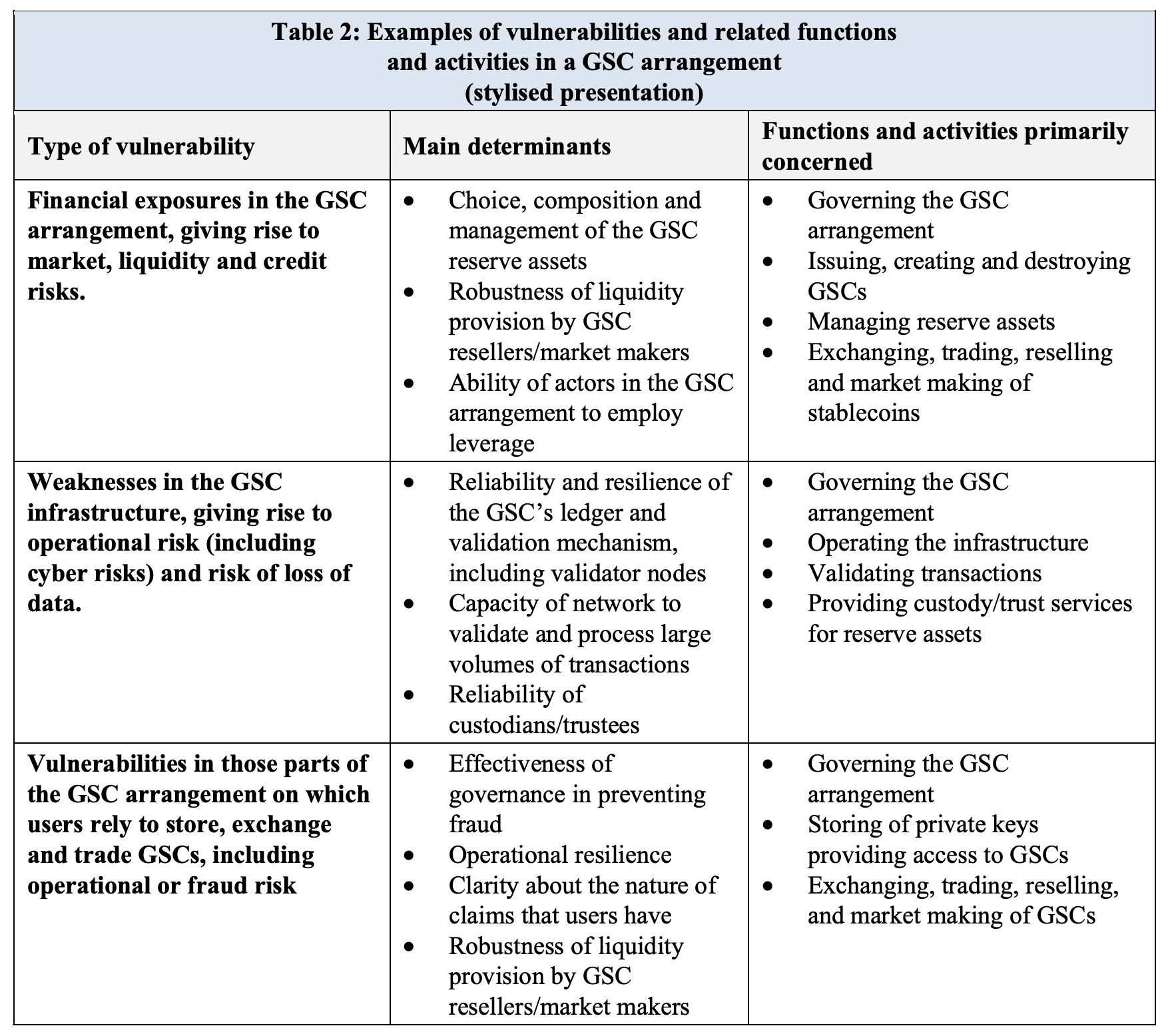 Only a few years ago did Tether create its USD-backed stablecoin “USDT” that became widely used in the niche cryptocurrency market. Since then we saw global corporations such as JPMorgan and Facebook, share interest in this line of business and their plans to venture in it. This spread caused central banks to worry about the sovereignty of their currencies and financial system which sent them on an accelerated pursuit to create CBDCs (Central Bank-issued Digital Currencies). On the other hand, global institutions such as the FSB are looking at this technological advancement and providing an analytical perspective to ensure the next steps are taken with precautions. Stablecoins seem to be becoming “too big to fail”.