The future is multi-chain – there is no one single blockchain that is perfect for every application. Whether it’s speed, transaction cost, block capacity, or otherwise, every blockchain has its strengths and weaknesses depending on what projects are looking for when building their protocols.

Altering the fundamental design aspects of Layer-1 blockchains is a complex and time-consuming process, as we’ve seen with the Ethereum 2.0 upgrades. Additionally, changing the entire network to suit the needs of any individual project is out of the question.

But what if there was a platform for projects to do exactly this – alter their own, specially created blockchain to suit their requirements whilst also maintaining the same level of security?

Welcome to the world of Parachains!

Disclaimer: NOT FINANCIAL NOR INVESTMENT ADVICE. Only you are responsible for any capital-related decisions you make, and only you are accountable for the results.

Polkadot is a Proof-of-Stake multi-chain network of interoperable, customisable blockchains. No single blockchain has the perfect configuration to suit every possible use case – there is no “one size fits all”. Applications built on conventional blockchains, such as Ethereum, are built within the rules and constraints of that chain – block size, block times, throughput, and other fundamental factors that can’t just be changed to suit one project.

Labelled an “Internet of Blockchains”, Polkadot aims to provide a scalable platform where any conceivable application can create a specialised blockchain that suits the needs of that application whilst also having a seamless link to other blockchains on the Polkadot network, as well as other external ecosystems such as Ethereum.

But how does this work? 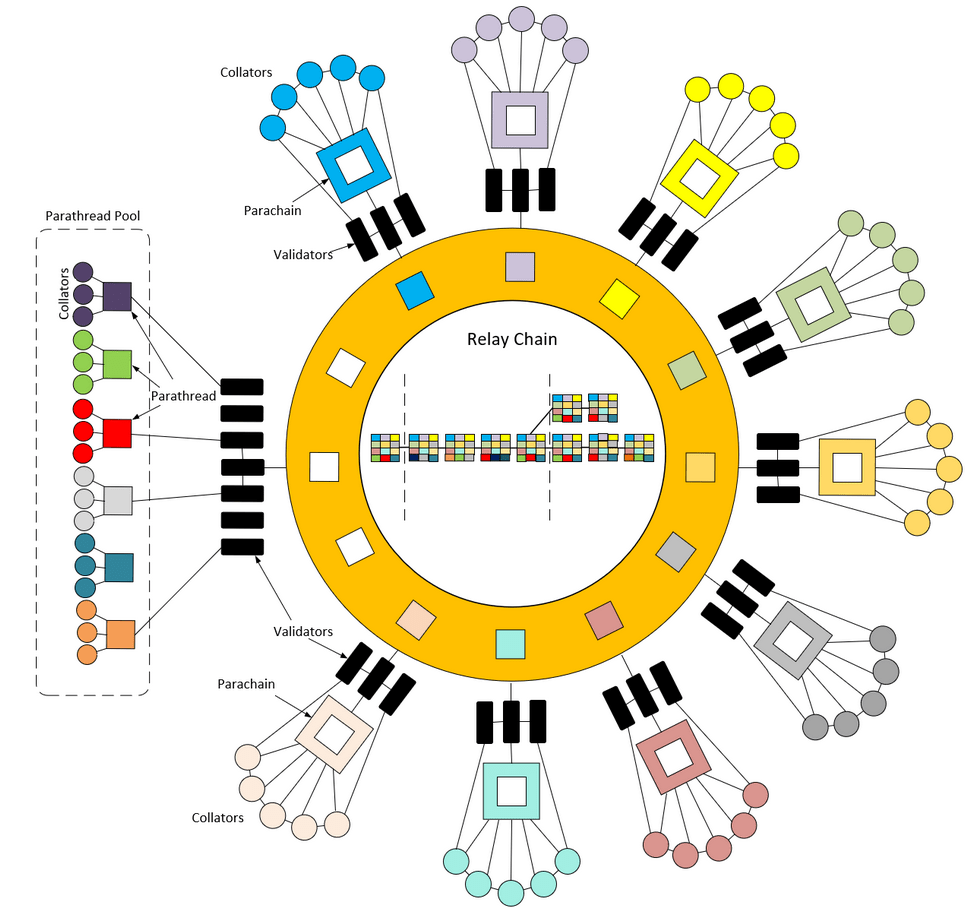 The Polkadot network consists of several key components. Classed as a “Layer 0” protocol, the network connects multiple Layer 1 blockchains, called Parachains, to the base “Relay” chain that secures the entire network. Let’s dive in and analyse how the various components operate together.

Like other Proof-of-Stake networks, Polkadot validators process transactions on the Relay Chain, securing the network and ensuring continuity. However, with NPoS, there is another class of participants called nominators. A nominator is any DOT holder that publishes a list of validators that they trust and then stakes some DOT to nominate those validators as potential candidates to be churned into the network.

If a supported validator is elected to validate transactions on the Relay Chain, the nominator will share some of the rewards paid to that validator for their work securing the network. This is the lowest risk method of participation in the Polkadot network as it requires no effort other than staking DOT to nominate validators.

NPoS makes it difficult for outside actors to gain enough stake to threaten the network because validators must build a reputation with the community to acquire enough votes to be churned in. Additionally, validator stake can be slashed if they are proven to be acting maliciously and against the interests of the network – this feature is common to all Proof-of-Stake chains.

The Relay Chain only handles relatively simple transactions and has very little/no smart contract functionality. Rather, the main function of the Relay Chain is to secure and coordinate the Parachains/Parathreads and handle governance of the network.

Parachains are the main innovation that Polkadot brings to the table. Parachains are unique and independent Layer 1 blockchains that run in parallel (Parachain) with each other. There are many options for projects to customise their Parachain – they can have their own governance, economy, functionality, and tokens to optimise the requirements for whatever use case/application is required.

All Parachains share security through the Relay Layer which means projects do not have to manage their own validators. Assets and information can easily be sent between these Parallel Chains and there are no requirements for running a Parachain other than providing a proof of the state transition of the Parachain to be validated by the Relay Chain. Collators are the third class of network participants on the Polkadot network, validating transactions on the Parachains and producing the state proofs for the Relay Chain validators.

As can be seen from the architecture layout above, Parachains are “slotted” into the rest of the network. These slots are leased through a Candle auction where projects can bid for a slot, and after a set period (which is unknown at the start of the auction), the highest bidder secures the slot. Slots can be leased for up to 2 years, split into 3-month periods (this is the minimum lease time). It does not matter which slot a project has as they are all inter-operable; the only requirement is that there is an available slot, and the project wins the auction.

For example, a project coming to the end of their lease can bid for another available slot to continue operations on Polkadot. When the lease on their current slot has expired, they can seamlessly transition to the next slot and continue as before. Eventually, the goal is to have 100 slots across the whole network.

Since the base Relay Chain is only designed as a core for validation, security, and governance, there must be a way for projects to interact with Polkadot without taking on the considerable commitment of a full Parachain slot. Parathreads are the same as Parachains and have the same functionality, except they are only meant for short leases.

For instance, projects that are unable to raise the required capital to win a slot through the Parachain auction system or there are no slots currently available might look to lease a Parathread in the interim until they have the capital required or a slot becomes available for auction. Or, if a project would like to try the Polkadot system then they could lease blocks on Parathread for a period to determine if investing in a Parachain is the best course of action. Parathreads are leased on a per-block basis, similar to how transactions are processed on the Ethereum network – the highest bidder is selected. 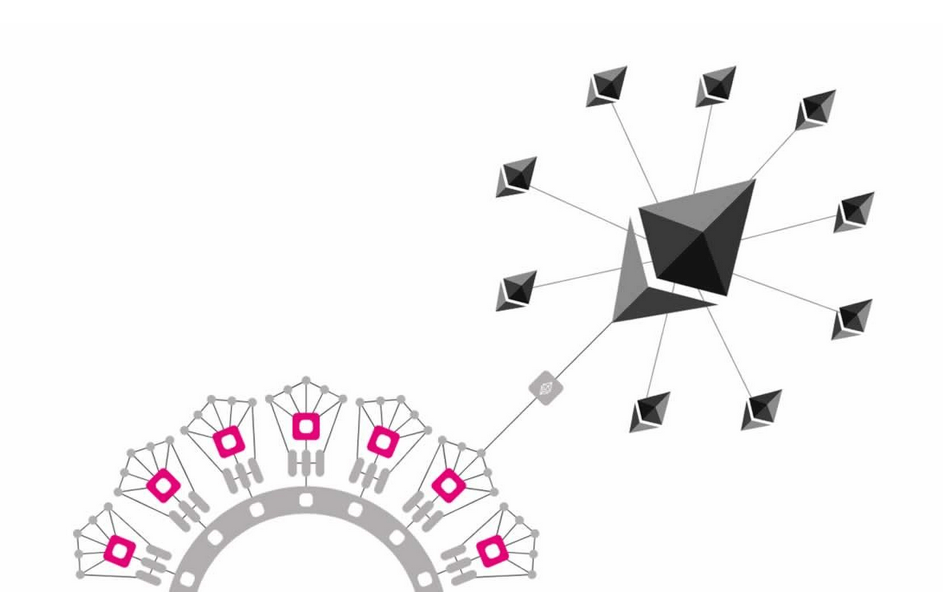 A bridge is another special type of Parachain that allows for interaction and the transfer of information between Polkadot and other external networks – Ethereum in the example above. Bridges are currently a work in progress at the time of writing, however, it is planned to implement various types of bridges to fit the requirements of the network that Polkadot users will eventually connect to.

DOT is the native token of the Polkadot ecosystem used for governance, staking, and as a bond for connecting a chain as a Parachain. Holders of DOT are entitled to vote on matters such as fees paid by users of the network, removing/adding Parachains, and management of treasury funds, to name a few examples. As described above, DOT is also staked by validators and nominators for the purposes of securing the network through NPoS consensus.

DOT is the asset used for bonding if a project successfully gains a Parachain slot. Bonded DOT is held until the Parachain lease has expired. Projects looking to raise capital for bonding can participate in crowdfunding campaigns, where the project will attempt to raise DOT from the Polkadot community in order to have a higher chance of success in the Candle auction. Those offering their funds will likely be offered incentives by the project for doing so, such as an allocation of their own token or a share in fees, for example. Crowdfunding also has the added benefit of allowing projects to further distribute their tokens which decentralises their governance and provides them with a way of jumpstarting a community.

In terms of tokenomics, there are around 1.03 billion DOT tokens in circulation at the time of writing with unlimited maximum supply. New DOT tokens are emitted through staking rewards, which depends on the number of DOT staked at any one time. Currently, emissions range between 8-12% per year. 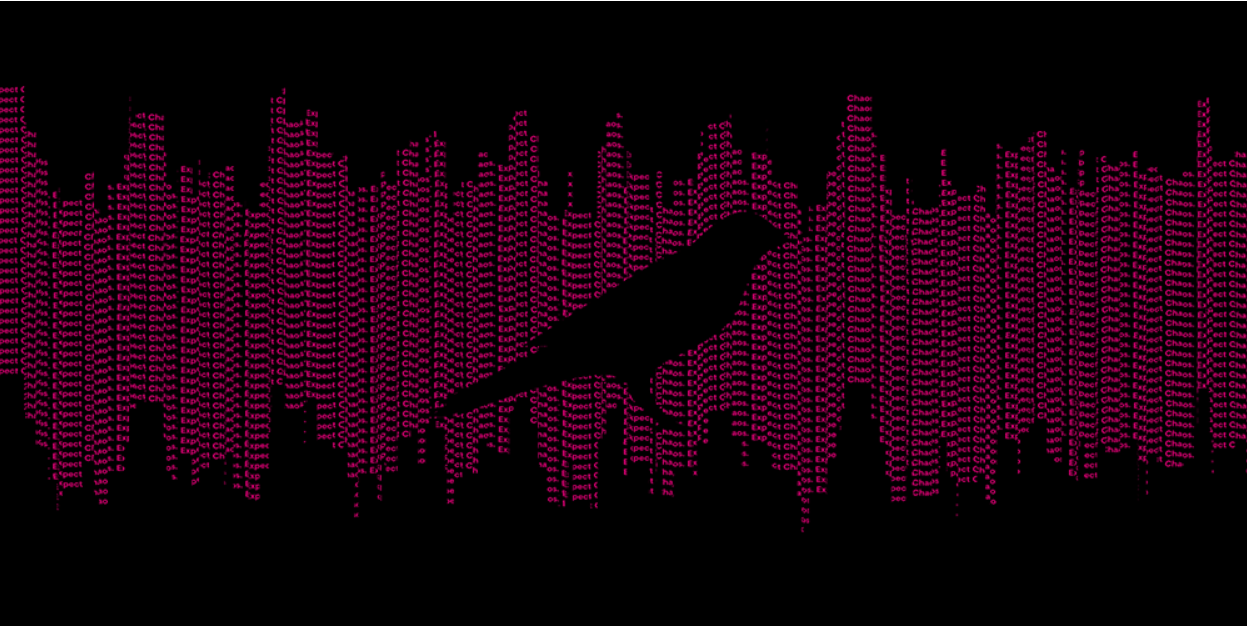 Kusama is a sort of testnet for Polkadot with a function comparable THORChain’s chaosnet. It allows developers and projects to test blockchains/Parachains or applications in an active environment that mirrors the functionality of Polkadot. KSM is the DOT equivalent for the Kusama network. The first Parachain was launched on Kusama in June/July 2021, with 5 slots auctioned. The projects that secured slots were:

All these projects incentivised KSM holders to back their bids on the Kusama Parachain auctions by offering airdrops of their tokens and other incentives to participate, and we would expect the same to happen for projects that launch on Polkadot. These projects are still in the launch phase with ongoing updates and stability monitoring. Overall, the Kusama network appears to be stable, which has led to the next round of Parachain auctions on Kusama starting from the 1st of September.

These auctions occur on a once-a-week basis for 5 weeks – one week per slot. Auction progress can be monitored here.

Polkadot validators – in order to facilitate parachains, please be sure that your validator node is publicly reachable with an (ideally) static IP address and both in/out p2p ports open.

The necessity of locking up large amounts of DOT per Parachain and the staking mechanics should have a similar effect as Ethereum 2.0 staking and the supply effects that has had on ETH. It is clear that Polkadot has a promising model for value accrual with the potential to lock up millions of DOT in the future once auctions begin. 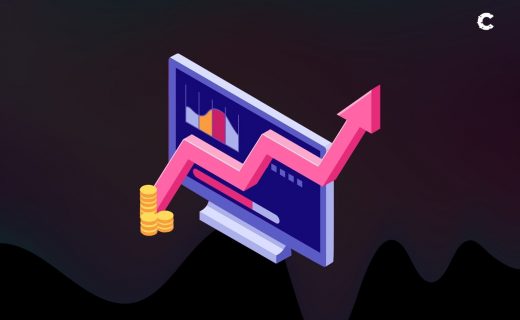 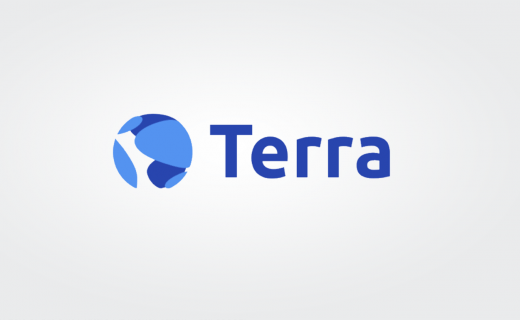 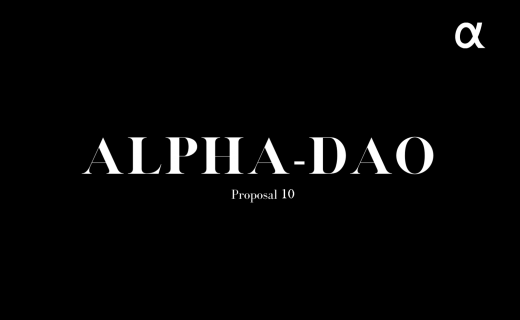