Ethereum: The Future of Finance

Decentralised Finance has advanced by leaps and bounds in the last 24 months. DeFi is at the stage where it is beginning to have actual, real-world application. It does not matter which way the market is moving, DeFi protocols are always (mostly) functioning, and development is ongoing. However, we cannot discuss DeFi without mentioning  Ethereum.

We are always talking about the importance of Ethereum within the DeFi economy but we have not covered it extensively in a fundamentals report. This is partly because Ethereum is covered literally everywhere and is regularly in the news – we have not covered Bitcoin in a report either for the same reason. We believe the time has come to explain in-depth exactly why we are so bullish on Ethereum.

We have stated in the past that ETH is to DeFi what the US Dollar is to the world economy. What do we mean by this? The US Dollar is the backbone of the international monetary system due to the United States’ position and influence as the global economic hegemon – this is undeniable. ETH, through Ethereum, takes this idea to a whole new level. So, without further ado, let’s get into it. 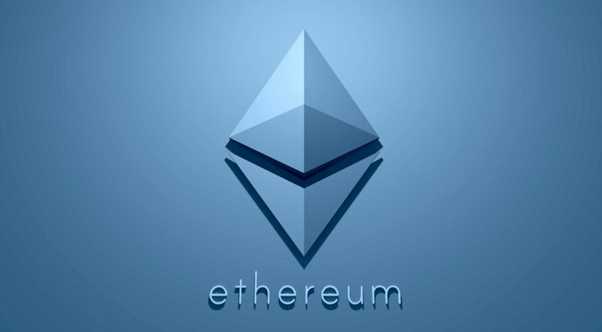 Created by programmer Vitalik Buterin and launched in 2015, Ethereum is an open-source, decentralised blockchain platform facilitating transactions, smart contracts, and decentralised applications. Ether (ETH) is the native token of Ethereum and is the second-largest cryptocurrency in terms of market capitalisation after Bitcoin.

Currently Ethereum is secured through the Proof-of-Work consensus mechanism, however, with the ETH2.0 upgrades set for launch over the next 6-10 months Ethereum will migrate over to the Proof-of-Stake mechanism. Find out more about the difference here.

What makes Ethereum so innovative and such a big deal is that it was the first blockchain that was programmable, enabling the creation of smart contracts. The Ethereum network acts as a single large virtual machine whereby programs, called smart contracts, are executed. The state of each individual contract, as well as all wallet balances, are recorded on the distributed ledger. Any conditional statement can be turned into a smart contract, and assets can be moved around according to the parameters programmed within the contract.

Consequently, several smart contracts can be combined to create decentralised applications, or DApps. This innovation and versatility paved the way for decentralised finance as we know it today.

Let’s have a look at some of the key components of Ethereum and discuss the upcoming upgrades to the network.

One of the best known and best performing large-cap assets in the crypto market, ETH is the fuel that powers the entire Ethereum network. Ether is used to pay for network resources by users when they are transacting, interacting with smart contracts/decentralised applications, and minting tokens, to name a few examples. The fees paid in Ether go to Ethereum miners as an incentive to provide the computing power that runs the network. This will change when Ethereum moves from Proof-of-Work to Proof-of-Stake, as Ether will be staked to secure the network.

ERC-20 is the standard for all tokens within the Ethereum network. This standard enables every token on Ethereum to be interoperable with any application which is an essential requirement for the integrated DeFi economy being constructed on the network. ERC-20 tokens are created through smart contracts, which store all wallet balances and define the characteristics of the token – total supply, emissions etc.

Regarding the last point, this is referred to as “Code is Law” – if it is not in the smart contract code, it will not happen. Conversely, if it is in the code, then it will happen. Here, the technology is being used to enforce the rules. This begs the question – are lawyers necessary to ensure that an agreement is carried out in full? Do we even need an intermediary at all? This is the whole premise behind decentralised finance.

We mentioned that Ethereum allows for smart contracts – Solidity is the programming language used to code them. Solidity is a high-level, object-oriented language (like C++). Without complicating things too much, here are the key points: 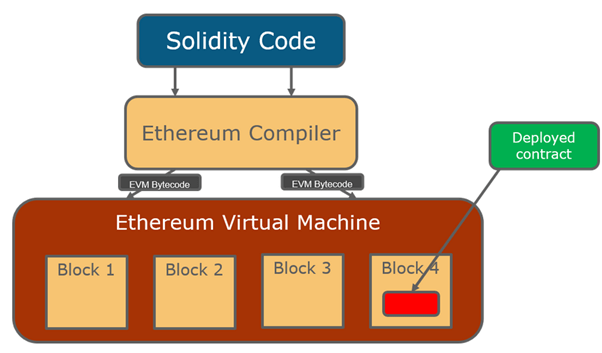 Decentralised Applications, or DApps, are on-chain applications that utilise a combination of smart contracts and a Graphical User Interface (GUI) to provide a service or carry out a task. Unlike traditional applications that run on centralised servers, DApps run on the Ethereum blockchain and so they inherit all the characteristics of a blockchain. 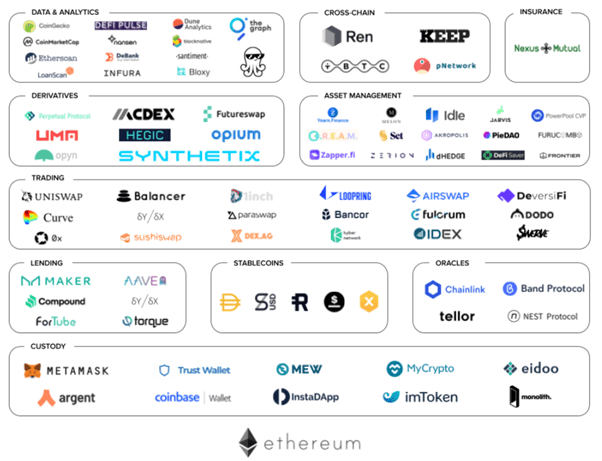 There are hundreds, if not thousands of decentralised applications running on Ethereum, ranging from Decentralised Exchanges (DEXs) such as Uniswap, to applications that offer services that are more akin to entire banking systems such as Aave and Maker. The possibilities for innovation and use-cases are essentially endless. DApps are at the core of DeFi, and although Ethereum is not the only blockchain that provides smart contract support, it is by far the most activewith over $50 billion of assets in total value locked at the time of writing.

The Ethereum network has been struggling with high transaction fees caused by 2 main factors:

The explosion of DeFi over the last 12-18 months, coupled with the fact that most of the value locked in DeFi is in protocols that utilise the Ethereum blockchain, means the situation has become untenable. If the DeFi economy is to grow further then this must be resolved – sooner, rather than later.

Additionally, due to the high transaction costs of using Ethereum, there are now newer blockchains in a position to take a share of Ethereum’s DeFi dominance due to their higher transaction speed and lower costs – one example is Solana.

But what is being done to resolve this? Well, there are a few solutions in development that will not only drastically reduce Ethereum transaction costs, but also exponentially increase the speed of the network.

Ethereum Improvement Proposal 1559, or EIP-1559, is a scheduled upgrade to the Ethereum network that will make Ethereum fees more predictable and less volatile. Gas is a measurement of how much computational work is required for each transaction on Ethereum. The gas fee is the price the user must pay for this work to be carried out.

Currently, gas fees are determined by an almost chaotic auction-type process where the transaction that is willing to pay the most Ether in fees gets first choice. This has led to runaway fee inflation as the competition for space on Ethereum blocks is constantly growing due to the large amount of DeFi applications now running on the network. The key points are as follows:

Without a doubt one of the most highly anticipated events in the crypto space will be the Ethereum 2.0 upgrades set to launch in Q4 2021 and 2022. ETH2.0 will bring a whole multitude of developments that will fundamentally change the way that the Ethereum blockchain operates.

The Beacon Chain is the first step on the road to ETH2.0 and will bring the Proof-of-Stake mechanism of validation to the network. Currently, Ethereum works on the Proof-of-Work mechanism which is extremely inefficient and uses monumental amounts of processing power.

The Beacon Chain currently exists as a kind of ‘sidechain’ to the main-net and will be the foundation upon which the other ETH2.0 upgrades will be built.

Eventually, at some point in 2021, the Beacon Chain will merge with Ethereum main-net and Ethereum will become a Proof-of-Stake (PoS) secured blockchain. This will consolidate all current features of Ethereum, as well as the full history and current state of the ledger, to Proof-of-Stake.

Mining will no longer be required; instead, rewards are given to validators for their work. Additionally, the Proof-of-Stake consensus mechanism frees up more processing resources can be allocated to other operations which in turn allows for another solution to be implemented – sharding.

To put it simply, sharding is the concept of sharing the network database across multiple chains, called ‘shards’, which work in unison to spread the workload out, increasing efficiency. Each ‘shard’ handles a different process within the wider blockchain.

In its current state the Ethereum network requires every validator to carry out all the processes. This is highly inefficient – you would not get the chef in a restaurant to simultaneously take the orders, make all the drinks, and the food. By distributing the work to multiple chains, sharding will exponentially increase throughput of Ethereum whilst simultaneously increasing decentralisation as well as the security of blockchain.

Looking past the upgrades that ETH2.0 will bring, you may have heard of Ethereum Layer 2 solutions. These solutions are already in operation on various applications, and protocols such as Synthetix are in the process of migrating to L2. Axie infinity recently migrated to their L2 solution, the Ronin sidechain.

There is a whole new financial system being built on Ethereum that is permissionless, trustless, decentralised and fairer than anything that traditional finance could ever offer.

The upgrades outlined above will revolutionise Ethereum and the DeFi economy built upon it. ETH2.0 will make the blockchain far more efficient and scalable, essentially making it ‘future-proof’. Protocols built on the Ethereum network will become substantially more secure, cheaper to use, and sustainable. Layer 2 solutions will amplify the ETH2.0 upgrades and will allow Ethereum to boast transaction speeds comparable to centralised payment networks such as VisaNet.

We predict that once ETH2.0 is fully implemented, most of the projects that are designed as “Ethereum killers” will become redundant. 2022 will bring a new, exciting era for decentralised finance, and provide the breathing room required for further growth of the sector. 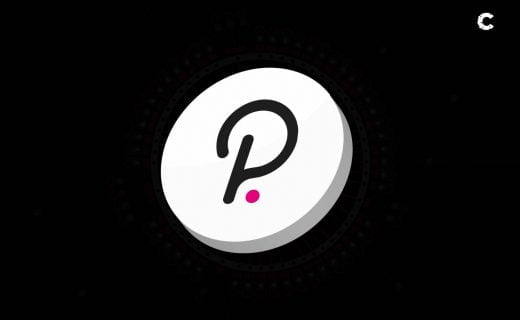 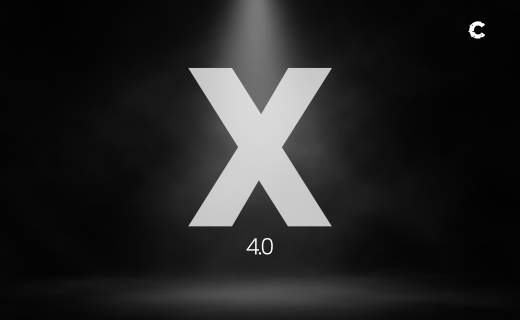 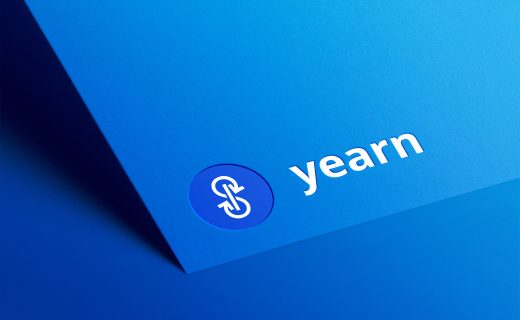