Finding the correct investment takes experience, knowledge and hard work. Not every crypto-asset will surely make it back to all-time highs as most expect. By looking at history and the dot-com bubble we see a clear lesson.

The companies and project that did not have a sound model (even with decent teams) saw their stocks streamline near zero while others like Amazon thrived and broke records. After careful research and we are proud to present our next investment in the world of cryptocurrencies!

Algorand dubs itself as the “first Pure Proof-of-Stake blockchain”. They also claim to have solved the blockchain trilemma, which consists of: decentralisation, scalability and security. 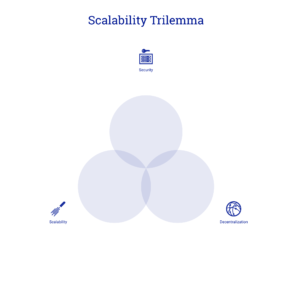 The latter was proposed by Ethereum’s founder Vitalik Buterin who explained that any blockchain can only choose two of the components. In a talk given by Algorand’s founder, Silvio Micali, that claim was regarded as not only untrue but as unacceptable for a blockchain to only have two of these.

The Algorand team launched a rather successful fund raise that topped out at a staggering $122,400,000. The funding ended on in mid-June 2019 and each token was sold at a $2.40 price point (price at the time of writing: $0.35) through dutch auctions.

The mechanism allowed for price to be set through supply and demand dynamics rather than by the foundation itself and also allows for the highest price at which all tokens allocated can be sold, but never under a pre-determined reserve price. 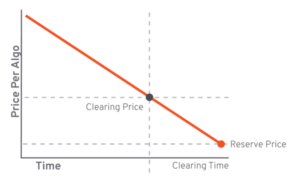 This drastic drop in price can be explained by the unfavourable timing of launching on public markets, only a few days after Bitcoin topped at $14,000 and started a 6-months decline. Additionally, because dutch auctions were used that signifies that the market priced each algo token at $2.40.

The founding team behind this project is impressive to say the least. It is led by cryptographers, mathematicians and engineers. The founder is Silvio Micali, a Turing (computer science), Goedel (theoretical computer science) and RSA (cryptography) awards winner. He also co-invented Zero-Knowledge proof which is extensively used by multiple cryptocurrencies. His decorations and previous works put him in a rather higher position to build a blockchain than other founders.

Algorand uses a consensus mechanism called “Pure Proof-of-Stake” or PPoS, which they have trademarked. Their approach differs in the sense that staking and participating in the Algorand network is as easy as flagging an account that contains “algos”. Additionally, users can come and go as they please and are not bonded by a specific time-period, when if violated could cause loss of funds through slashing like other PoS blockchains. Again, similar to many other protocols, those with the highest amount of algos gain preference on being chosen to participate in the network.

The road to consensus on the Algorand network comes in two phases:

This quick block production allows the Algorand network to have a capability to process 1,000 transactions per second with 5 second block sizes which makes it one of the fastest out there. Some blockchains claim they are able to process an incredibly higher amount of transactions per second, however that often comes at the cost of either security or decentralisation. What is Algorand proposing to solve these two problems?

Decentralisation is solved by allowing anyone to participate on the network with as little as 1 algo. Of course, as previously mentioned the odds are skewed in the favour of the larger holders. However unless a single user acquires the vast majority of the supply and monopolizes the network, it would be unlikely for centralisation to grow as it has with Chinese Bitcoin miners.

The security problem is crucial, the basic assumption here is that the majority of the users are “good” truthful actors not intending to do any harm to the network’s integrity. In addition, the Algorand network has been designed in a way where forking is quasi-impossible. That presents an issue if the majority of users become malicious, an unlikely event. Moreover, the Algorand foundation is doing their best to prevent that form ever occurring by a careful token distribution program.

The initial version (1.0) remained basic and lacked the functionalities that the team were eager to develop. Today the second version is out and it includes:

From an investing standpoint, a major issue faced by many cryptocurrencies is their lack of adaptation to tokenomics, which boils down to basic economic supply and demand principles (we have two podcasts covering this topic in detail). Here is how the Algorand foundation is proposing to tackle this subject.

First, there is a total of 10 billion algo tokens, minted in the genesis block, to be distributed over the next 5 years by the Algorand Foundation.

The relay nodes (30% of the supply) are early supporters of Algorand who had been given algos by the foundation with a vesting schedule. Any unvested algos do not participate in running relay nodes (these allow for highly efficient communication paths).

Additionally, they are running a “200M Staking Rewards” program that rewards participants that went through KYC for holding algos. This further limits the supply and would, in theory, allow price to increase as demand increases. 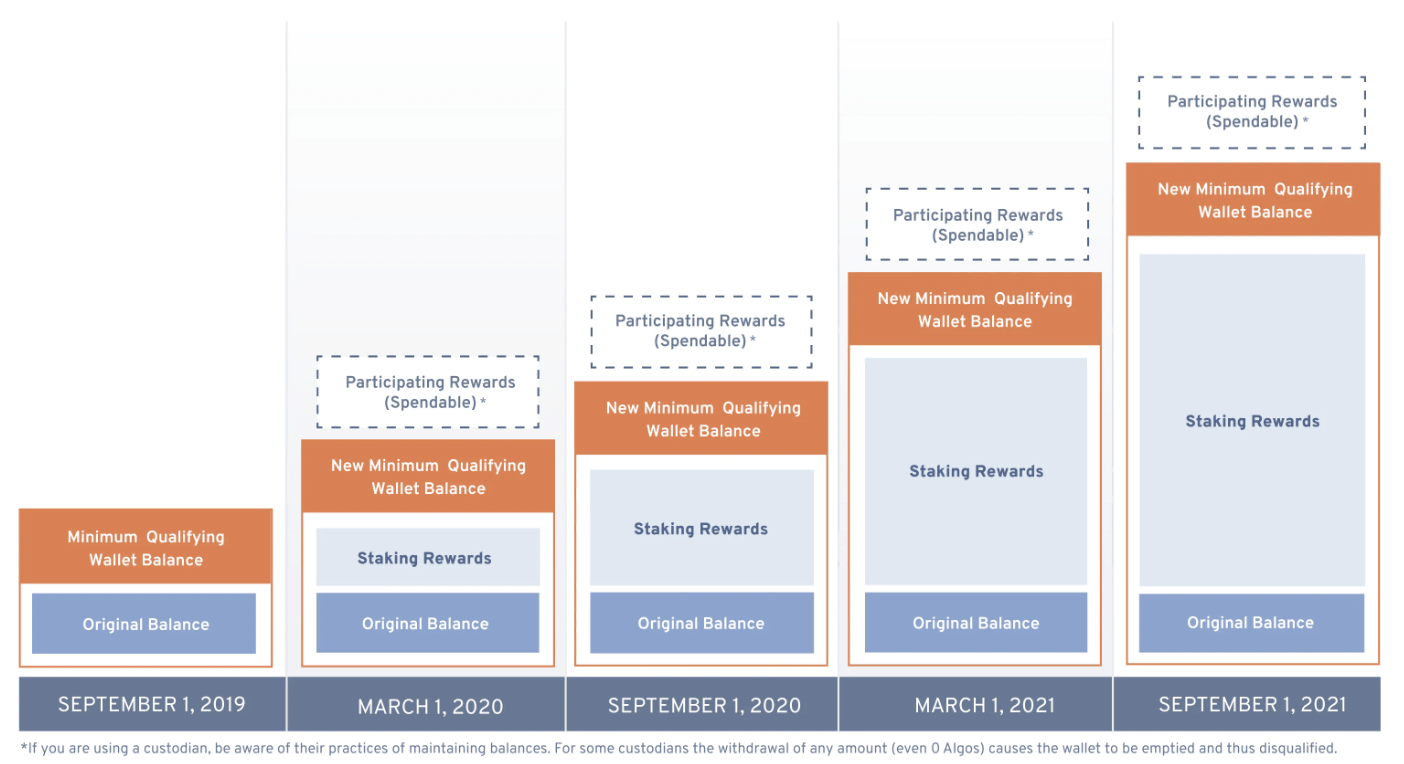 Anything that seems too good to be true often is. Hence why we do not fall in love with investments and always like to also play devil’s advocate.

The main issue with Algorand is the lack of incentives to validators (often referred to as the lazy validator problem). That simply boils down to humans needing to be rewarded in order to be encouraged to repeat a certain pattern. The founder, Silvio Micali, previously explained that although that seems intuitive, people often find methods to “play the system” in inconceivable ways when there are rewards involved.

Another criticism is aimed towards the “quasi-impossible” forking of the network (1/1,000,000,000 probability). This was written in a paper by Yongge Wang. The author goes to explain that the network could, in theory, be forked by someone who controls less than 1/3 of the users or through bribery. However, this paper does not critique the network as a whole, but only the fact that a “simple majority vote” could replace the most expensive part of the system: the Byzantine Agreement.

The team behind Algorand has done what no other project has yet done. First of all, tokenization is the natural and clear evolution of real-world assets as it dramatically decreases friction and corruption.

Second, the Algorand foundation is ensuring tokenomics are correctly set in place to make Algos a sound investment. Currently, as retail money floods the market, we remain in the “speculative” phase of this asset class where a “nice team” and some news make people throw their money at a coin. This will not last forever and has likely ended as the 2017 bubble burst.

Smart money and smart people hand-pick their investments and ensure the properties fit the model of “higher use brings a higher valuation”. The latter is very rarely the case due to the velocity of most utility tokens (all explained in details in the podcasts: Tokenomics I & Tokenomics II). 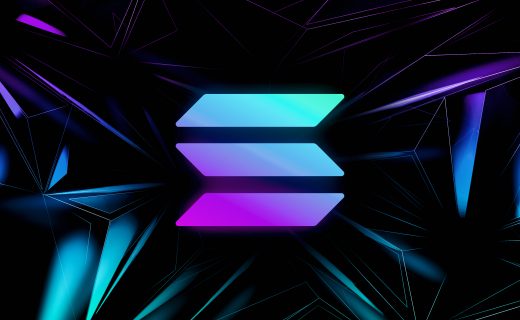 Solana: An Innovative Approach to Increasing Transaction Capacity and Speed in Crypto 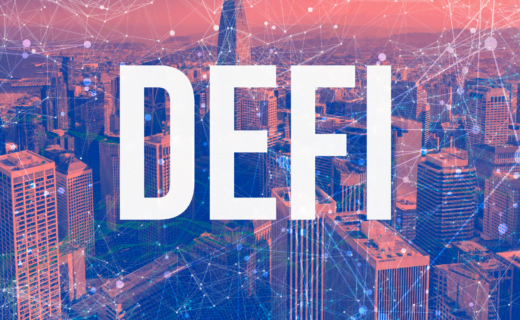 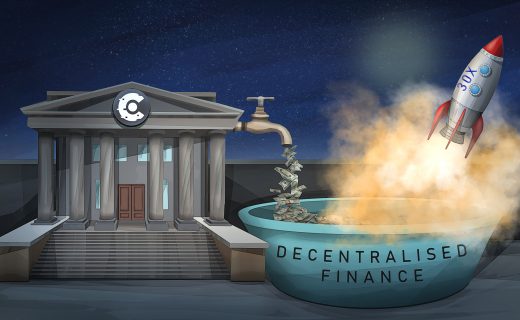