Ethereum rallies above $900 as hashrate reaches a new ATH

Ether, the native currency of the Ethereum blockchain, has copied one or two tricks out of bitcoin’s playbook. The digital asset is trading above $900 for the first time since February 2018 when it was retreating from its all-time high (ATH) it reached the month before. The run to $900+ came hours after ETH broke past $800 which it last reached in March the same year. 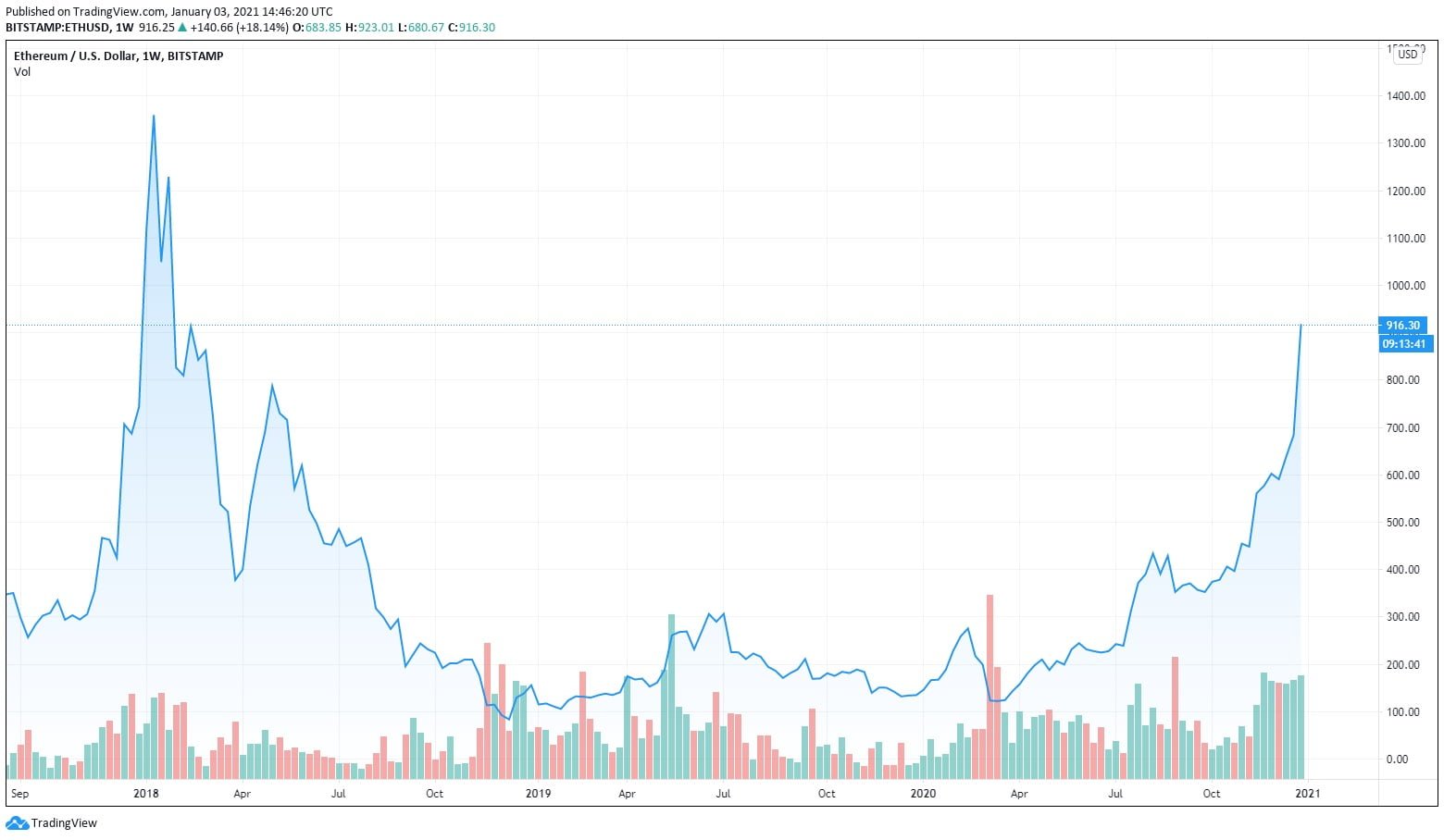 The digital asset is likely getting a boost from bitcoin which is having a stellar run that has seen the asset break the $35,000 level for the first time.

Bitcoin got its lift from institutions buying the digital asset en-masse as a hedge against collapsing fiat currencies.

It is not Ether’s correlation to bitcoin that should claim all the credit. Bitcoin’s rally has lifted some altcoins along the way, but Ether’s bullish momentum is the culmination of a number of factors.

According to Etherscan, a block explorer and analytics platform for the Ethereum blockchain, the protocol’s hashrate reached a new peak of 306,346 GH/s on Jan. 2.

Ki Young Ju, the CEO of CryptoQuant who recently predicted that Ether would reach $903, thinks that “institutional investors are behind” this rally.

Speculative guess but I think institutional investors are behind this $ETH rally. https://t.co/y0j06uPETK

Ether is also attractive to institutional capital. The launch of the CME Ether futures in February will likely boost the asset’s price in the long run.

Unlike bitcoin which breached its previous peak reached in December 2017, Ether has failed to gather enough momentum to eclipse the $1,400+ high in reached in January 2018.