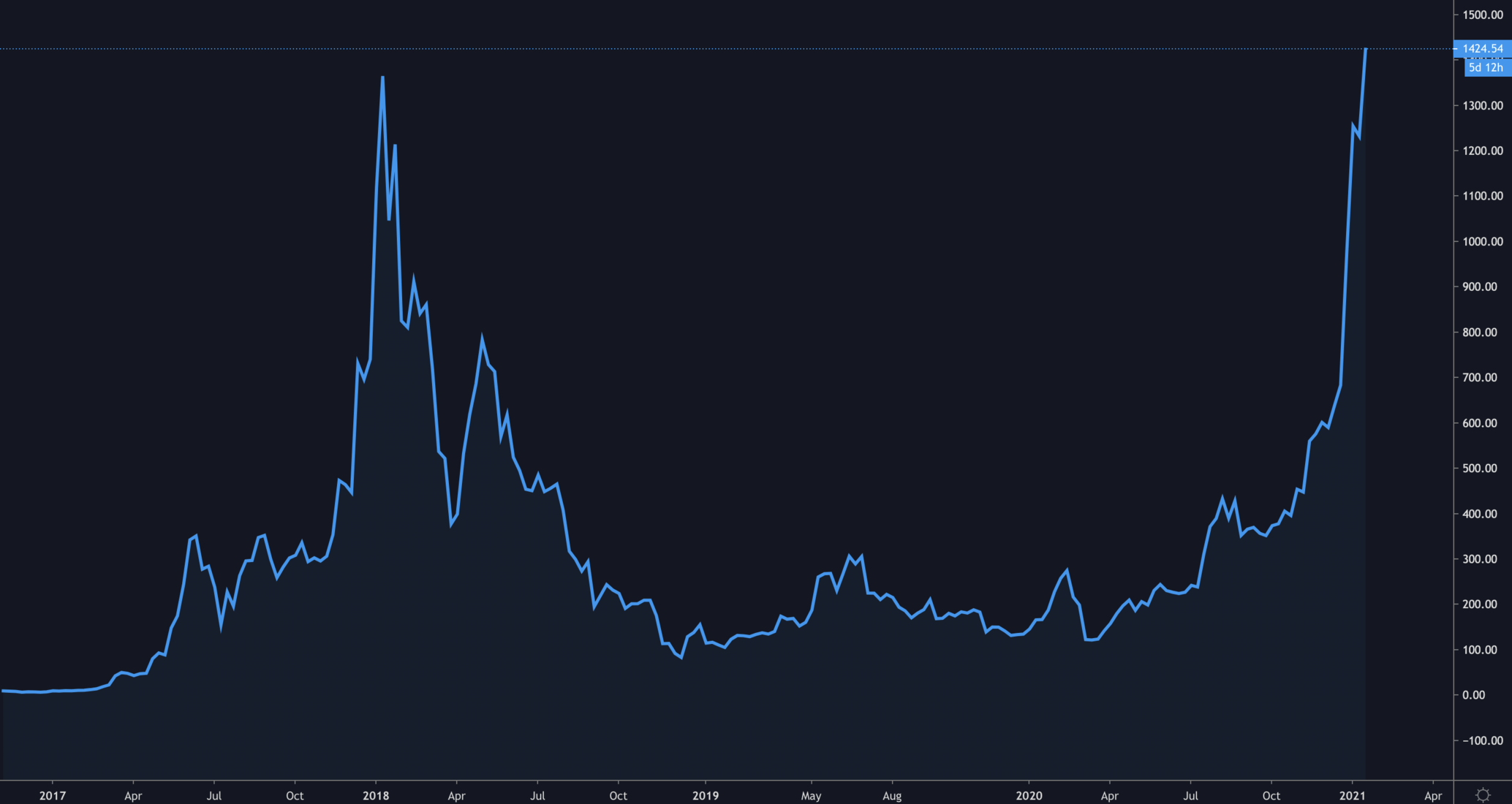 The highest price reached by Ether was different when looking at different crypto-exchanges, however there was a consistency amongst most for an ATH price of $1,420.

As we approach price discovery on ETH, here are the All-Time Highs registered on different exchanges

There were overshoots on Kraken/Binance but for the most part there’s consistency of $1,420 as the ATH 🚀 pic.twitter.com/3GQVDtVIOD

Over the past few months, Ethereum has seen major developments; the most important of which was the launch of Ethereum 2.0. Phase 0 was launched, with Phase 1 and Phase 2 (final) coming over the next couple years – estimate.

The migration from Proof-of-Work to Proof-of-Stake is meant to both reduce electricity consumption by the network and increase throughput. The latter is temporarily being solved by Layer-2 scalability protocols such as Optimism; using Optimistic Rollups. This means that even though Ethereum 2.0 is not fully developed, the community is finding workarounds for both scalability and fees.

When the ETH2 deposit contract was launched, a large outflow fo ETHs was seen going to it. On the 24th of November 2020, close to 700,000 ETH were deposited into the contract. This amounts to almost $1 Billion at today’s price.

In mid-October, Grayscale’s Ethereum Trust (ETHE) owned 2% of the supply, with that number increasing by $200 Million in between mid-November and mid-December alone; signaling institutional interest.

Additionally, an ETH Exchange Traded Fund (ETF) was being launched on the Toronto Stock Exchange which would make gaining exposure to the underlying much easier for traditional finance investors.