$300 Million. That’s how much was racked up in transactions for Azuki, the funky-looking anime PFP NFT that has taken the world by storm. Many think this project could be more significant than Crypto Punks. The public mint even sold out in 3 minutes!

So how did four guys in their 30s do this? Is this just another PFP NFT project? Are people stupid for calling it the next blue-chip NFT? Let’s dive in and see if there’s more to the hype…

Let’s get the basics out of the way. Azuki is a collection of 10,000 PFP NFTs built on the Ethereum Blockchain. If you don’t already know, PFP simply stands for profile picture NFTs. But what makes Azuki so good? Is a profile picture really worth that much? For most people, it’s the clean anime look. Even if you’re not an anime fan, you can still admire the design. 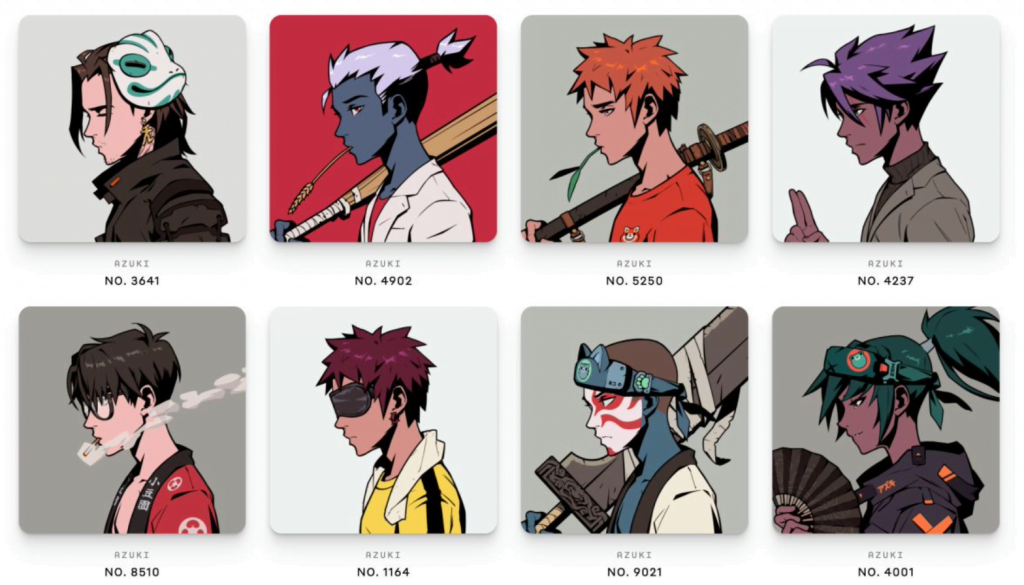 We like to view them as old school anime characters that got a whiff of the degen lifestyle.

Who’s behind this project?

CHIRU Labs is behind AZUKI. Most of the founders are anonymous; however, what we do know of them is that:

So from the frontline, it looks like a hot-shot team; however, the team isn’t fully doxed. So with these claims, who knows? The project manager could have been a google intern for all we know. Yet it is better than a lot of other projects. But I’m sure you still have one question on your mind.

WHAT ARE THE PERKS OF OWNING AN AZUKI…..?

What Do You Get From Buying An Azuki?

At this point in time, when you buy an Azuki, you get:

What will they be doing in the future?

But most of this is still in motion, so how is this a blue chip?

One word – innovation. There are two main ways that the Azuki team has shown a ton of innovation.

No.1 – Most NFTs you see use the ERC 721 smart contract. The issue the Azuki team spotted with the ERC721 contract is that it costs a lot of gas. The reason being is every time you mint an NFT; your address is next to the one you minted. For example, if you minted 4NFTs, it would look like this.

Now with an ERC 721A contract, this doesn’t happen. Instead of having your wallet address on every NFT you’ve minted, it only has it on the first one. The rest are left blank, making it look like this…

So basically the ERC 721A removes a step. Now you may be thinking… wtf that’s it??? But think about it. Putting the wallet address next to what you’ve minted isn’t easy. You’re sending it to millions of computers all over the world. It’s kind of like going grocery shopping, and instead of doing your shopping at one store (which is what the ERC 721A contract does), you’re going to one shop, then your house, then another shop, then back to your house. That would be a waste of petrol, right?

Hence the ERC 721A makes buying multiple NFTs a lot easier and cheaper. The only issue is that it is only effective pre-mint: when you’re transferring tokens, the wallet address gets added. So let’s say I sell NFT number 2 (this atm has <> next to it); my wallet address will get a number attached to it now as I want to sell it; hence it reverses that process.

How else have they shown innovation?

The second way they’ve shown innovation is via Fragmentation. Now, this is interesting. They’re doing this via ‘Bobu’, which is one of the NFT designs (#40 in particular). This NFT is locked into a vault where no one person can buy it. It is then, like the title suggests, ‘Fragmentalised’ into different tokens. So it’s no longer one NFT; instead, 20,000 tokens represent that one character.

The point of this is so people who can’t afford an Azuki can still be involved; it’s also a part of a governance system that Azuki is trialling. Each token represents a vote in the governance. In basic English, by buying a token, you get the right to vote on what happens to ‘Bobu’. For example, Azuki may ask, ‘ Should the Bobu treasury be used to fund a small anime?’ By owning this token, you have the power to say yes, but also no. So you really choose the future of ‘Bobu’. Now, this has been done by other projects; however, it is the first time a blue chip is doing this.

You see what we mean by innovation?

So what makes Azuki cool?

If we had to simplify, it would be the vision of the team. From the innovation of the ERC721 contract to trialling fragmentation, it really feels like the Azuki team is here to make a difference. But does that make these NFTs worth the floor price? That’s something you have to really consider.

Like the other NFTS we have covered in the series, there is no further mint. Hence you have to buy an Azuki on a secondary platform such as OpenSea. At the time of writing, the floor price is 18.2 ETH. If you’re unsure of how to use OpenSea, check out this free tutorial.

When I look at Azuki, I think of a PFP community-driven project done right. The reason being is the team behind it and a community that cares. However, this team isn’t fully doxed yet and a lot of the perks are still in motion. Hence you’re really gambling on the vision rather than what you get right now. Is that something worth 18.2 ETH? Could you do something better with that money? Potentially. However, it is a project to keep an eye on. 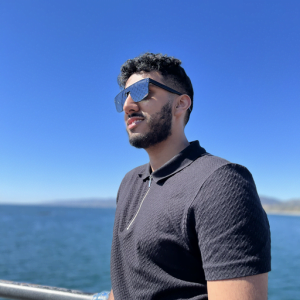 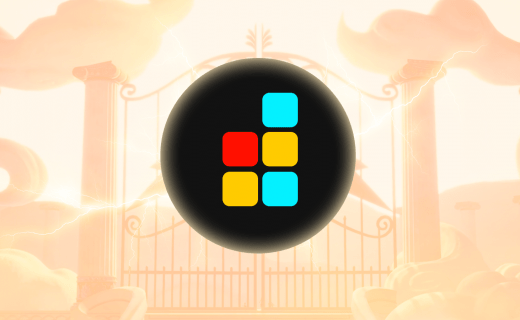 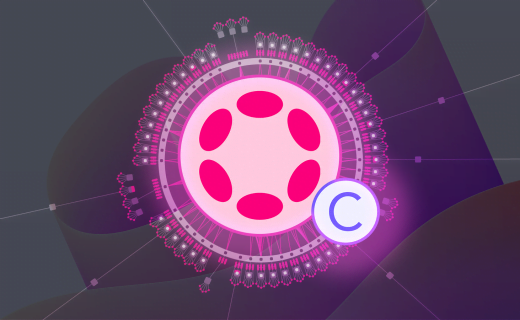