Guide: What is Bitcoin Halving?

In crypto, the term halving refers to the reduction of the block reward given to miners. This process is especially important for digital currencies like Bitcoin, as their ecosystems are based on a proof-of-work consensus mechanism.

Halving ensures that a cryptocurrency will issue new coins at a steady rate until the maximum supply is finally reached.

Take Bitcoin, for example, new coins are issued as part of a block reward process. Every time a Bitcoin miner “discovers” a block, they receive new coins as compensation. Read more about mining here.

When Bitcoin first launched, the reward stood at 50 BTC per block. According to Bitcoin’s rules, this reward is cut by 50% every 4 years.

Bitcoin’s creator, Satoshi Nakamoto decided that only 21 million bitcoins would ever exist. When the last BTC is released, 21 million coins will circulate in the market and this number will never increase. Verifiable scarcity is essential to Bitcoin’s value proposition.

This contrasts with fiat currencies, where governments and central banks can print more money at their discretion, often leading to inflation.

At the next halving, in 2024, the number of bitcoins released per block will drop to around 3.125.

After every halving, it is likely that the value of mined coins will rise (decreased supply = increased demand). Understanding the concept of halving is useful for crypto traders as there is typically a positive correlation between halving events and price, especially with BTC.

The halving process is an important part of the Bitcoin ecosystem and as its code is open-source, anyone can see it.

The Bitcoin halving countdown can be seen here.

For Cryptonary’s transparent opinion on Bitcoin, check out the Ratings Guide here. 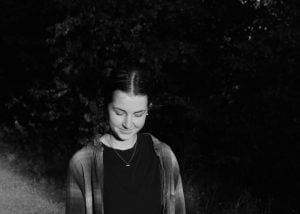