Bitcoin’s price on Binance.US dips to $8,200 due to an algorithm bug

Bitcoin is currently trading above the $63k level following its recent rally.

Bitcoin’s price suffered a flash crash, falling from $65,500 to as low as $8,200 on crypto exchange Binance.US earlier today. This represents an 88% decline in price within the space of a few seconds.

“One of our institutional traders indicated to us that they had a bug in their trading algorithm, which appears to have caused the sell-off,” https://t.co/lzvnYtKwSy said in an emailed statement.

The price crash that Binance.US had a bug in their trading algorithm, which appears to have caused the sell-off. Earlier theories was that the price crash could have been caused by fat finger error. This is an error where a trader accidentally enters the wrong price. It could also be caused by a large market order instead of selling their position in blocks of trades. It could also be a deliberate trade to manipulate the market, but that could be highly unlikely. 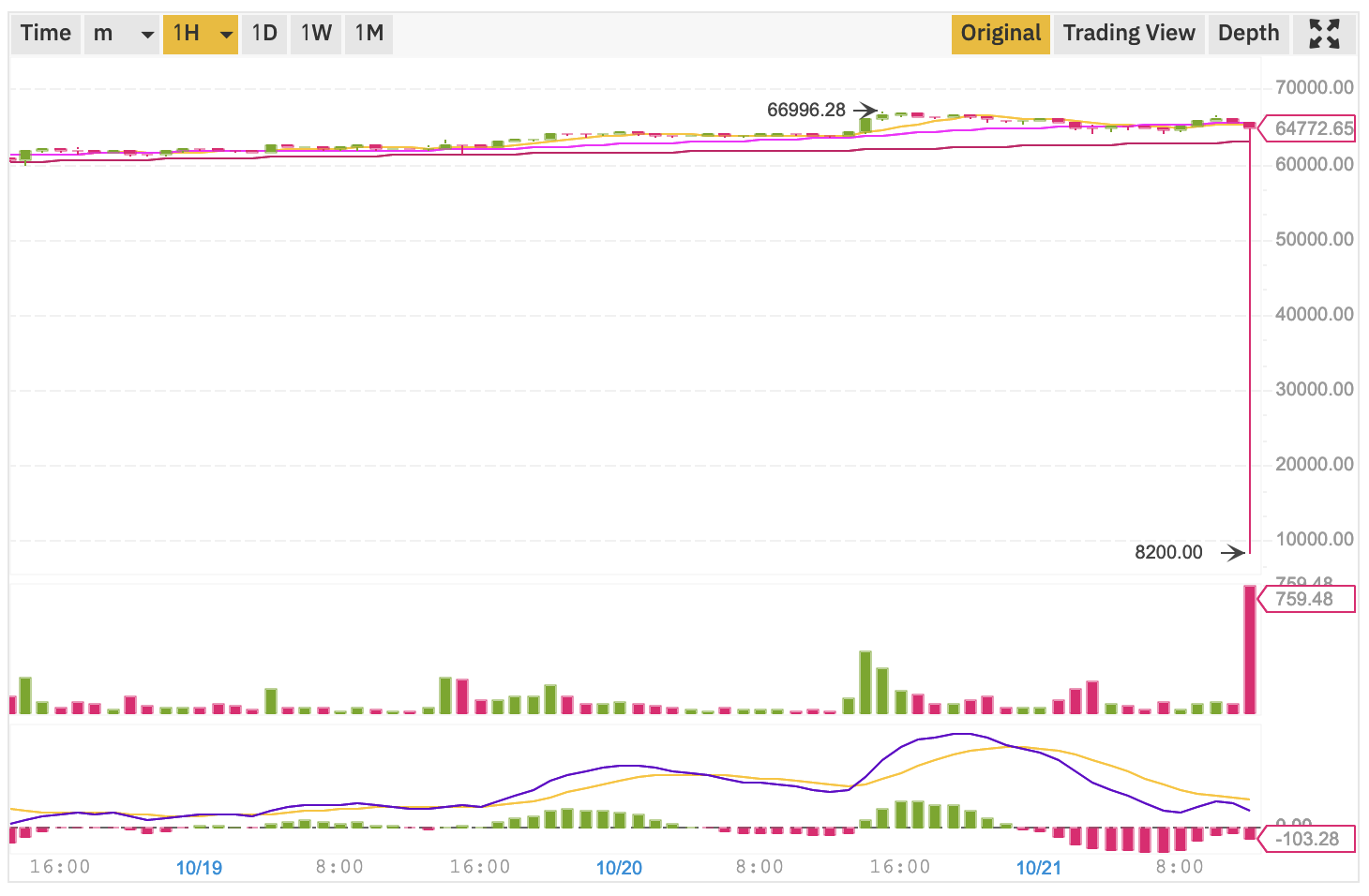 However, none of those theories were true. Following the crash, the price of bitcoin briefly recovered to around $65,000.

Bitcoin reached an all-time high above $67k yesterday, the first time it is setting a new all-time high since April. However, the cryptocurrency is currently correcting, and the price has dipped below the $64 level.

Some market analysts and participants expect Bitcoin to reach $100k before the end of the year. To do so, Bitcoin would have to rise by more than 40% from its current trading price.