All time highs for price are not the only thing that matters in the crypto world, in fact, computing power ATH is as much as relevant as price action itself. According to data provided by the blockchain repository centre BTC.COM, the computing power based on mining operations as hit yet another new high.

“Bitcoin’s spiking hash rate and difficulty are in line with the soaring price since earlier this year, which led to increasing demand for mining equipment that has significantly outstripped supply. It’s also in part thanks to the rainy summer season in southwestern China which resulted in cheap, abundant hydroelectric power”. 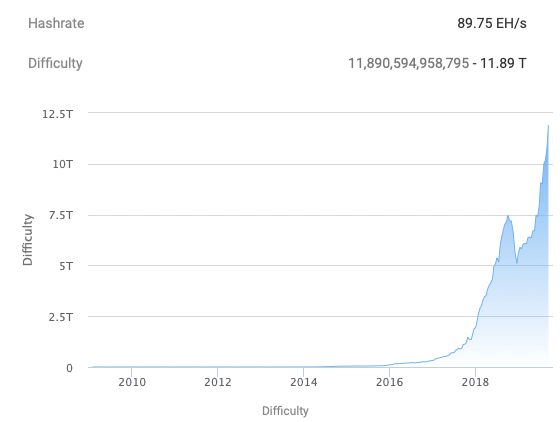 Approximately 600,000 new machines have been added to the ecosystem, is that the first reason why BTC 2-week average hash rate has crossed another major level, currently reaching 85 Exe hashes per second (EH/s).

As expected, mining difficulty has also gone up to record highs. Difficult tends to adjust after 2,016 blocks, which is approximately every two weeks. With the increasing desire of machines around the globe to produce fresh BTCs, is not a surprise that mining difficulty will keep increasing.  Let’s not forget that new models of mining machines have been released into the market, with the majority of them now being able to perform to almost 55 Tera Hashes per second (TH/s).