Bitcoin’s hot-streak run has seen the leading digital asset break through the $50K level to start trading in a whole new territory.

The digital asset’s incredible run is summed up by the fact that it was trading around $4,000 less than 12 months ago.

The road to $50,000 has been interesting for bitcoin, especially given that it came off in the middle of a pandemic, which at one point, tanked bitcoin alongside the rest of the financial markets. 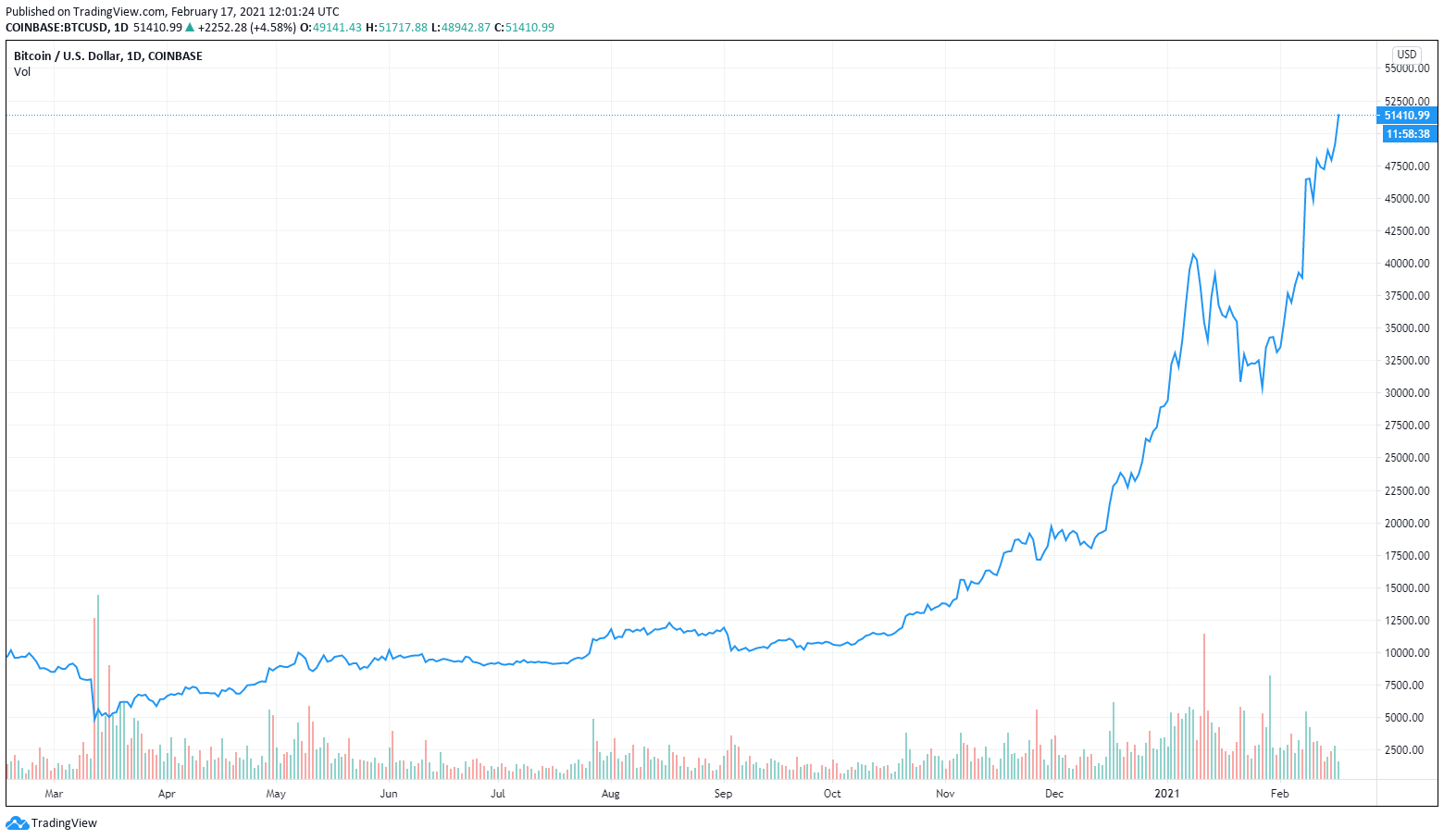 Bitcoin’s road to $50K in one year. | Source: TradingView

Bitcoin briefly traded above $50,000 yesterday when Microstrategy shared its plans to raise $600 in debt financing to stock additional bitcoin.

But the momentum did not hold for long and the digital asset briefly retreated. However, it managed not only to reclaim $50,000 but also smashed past $51K to register a new historic peak.

For bitcoin to achieve this, it must fetch a price of $53,000. Given its past run, it does not seem impossible at all. The digital asset currently has a market cap of $953 billion, CoinMarketCap data shows.

A hedge against inflation

Bitcoin’s success is also a reflection of the demise of fiat currencies due to monetary expansion.

Unlike the previous bull cycles fuelled by retail investors, the current bull is sustained by the growing number of institutional players looking to hedge against inflation.

Tesla’s much-publicized $1.5 billion bitcoin bet is only a microcosm of the policy shift in how companies are utilizing their free liquidity. The carmaker was the catalyst of how companies are allocating a portion of their balance sheet to bitcoin.

Mastercard, PayPal, BNY Mellon, MassMutual, and many more are making big moves into the crypto industry.

Today, a German publicly-traded revealed that it was turning to bitcoin because of its concerns “about a massive devaluation of fiat currency.”

The companies that have traditionally downplayed the role of bitcoin are slowly warming up to the cryptocurrency industry.

As institutional capital continues to flow in the market, the price would likely go up as the demand outpaces the supply.