Following three years of bear market following the 2017 top, Bitcoin has managed to cross the $20,000 level which was once thought to be quasi-impossible.

The all-time high for Bitcoin was disputed as each exchange had a different figure. The lowest belonged to Kraken at $19,660 and the highest figure was registered on the crypto-derivatives exchange BitMEX at $20,093.

Bitcoin is now trading over $20,300 which means a brand new all-time high has been created on all and any venue. 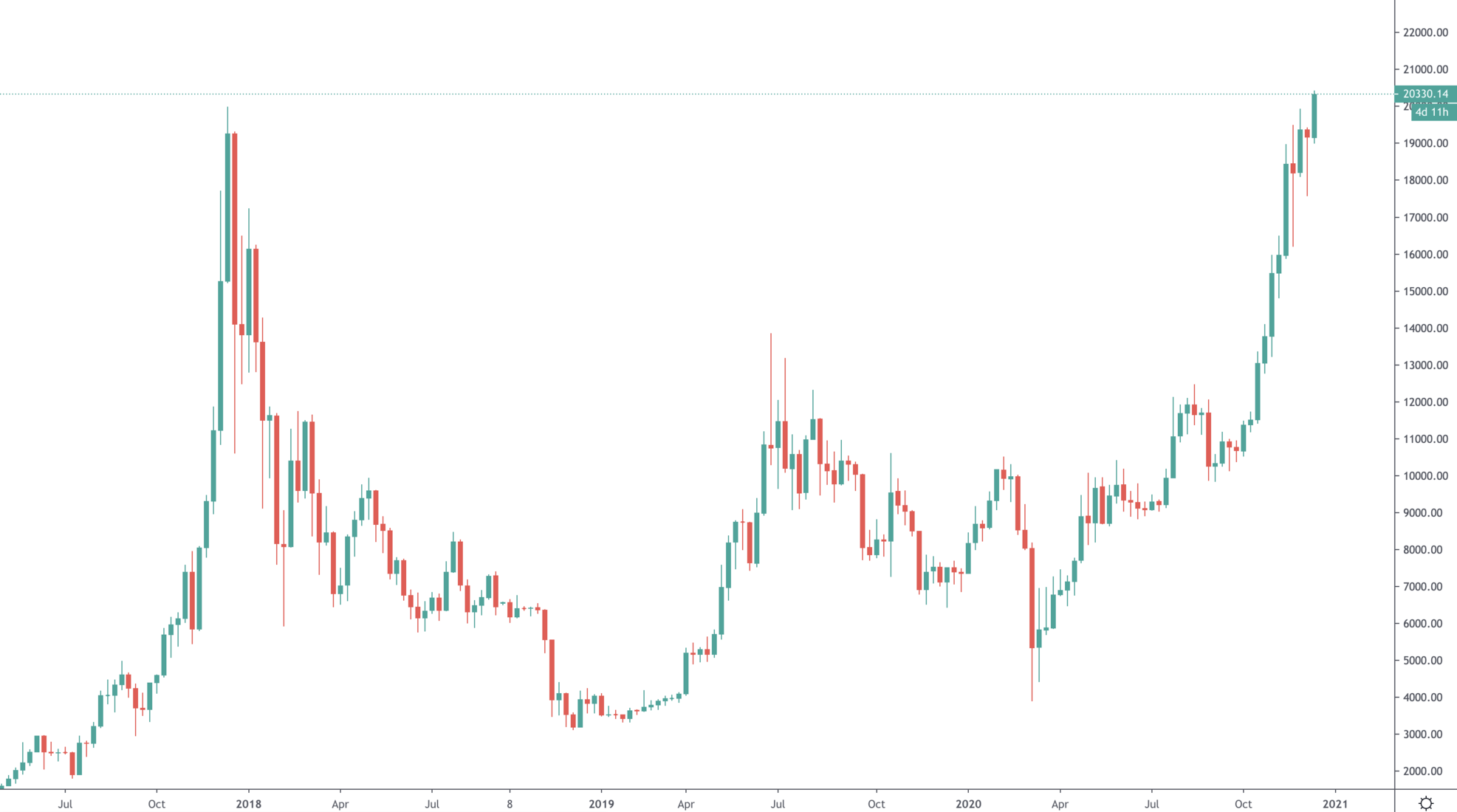 As Bitcoin enters a new region of uncharted territory, everyone is questioning “How high will it go?”. There has been multiple predictions given by numerous individuals and groups:

Determining upcoming key price levels can now be done through options strike prices; as the derivative product has exponentially grown in popularity in this space. $36,000 is one of the more voluminous strike prices for 25 December calls and may become a key level in the upcoming price discovery.

Bitcoin’s parabolic rise is mainly fueled by institutional capital flooding the Bitcoin market as inflation worries are on the rise post-March crash. Grayscale offers multiple crypto-asset trusts curated to accredited investors; their AUM has grown by over 400% ($10 Billion) since the start of 2020. Their Bitcoin trust holds over 2.5% of the entire Bitcoin supply of 21,000,000 coins. Even private companies began contributing parts of their cash reserves into Bitcoin from devaluation fears. All in all, public and private companies now own close to 900,000 Bitcoins all mainly accumulated after March 2020.