Billionaire investor and entrepreneur Mark Cuban revealed that he didn’t dilute the cryptocurrencies he acquired from the early days of Coinbase.

Brain Armstrong and Fred Ehrsam founded Coinbase in June 2012 and scaled it to become the largest crypto exchange in the U.S. by traded volume.

Cuban, the owner of the NBA’s Daily Mavericks, fired a series of cryptocurrency-related tweets ranging from decentralized finance (DeFi), cryptocurrency transaction costs, and supply and demand.

Cuban, also a media personality who hosts the Shark Tank, engaged with several figures within the industry.

He mentioned that he is a long-term holder of cryptocurrencies when he interacted with Gokhshtein Media founder David Gokhshtein.

I don’t think people realize I try to test and use all this stuff and have for years. I still have crypto from the early days of coinbase. I’ve never sold anything

He then turned his attention to Gemini co-founder Tyler Winklevoss and the two went back and forth about supply and demand and debasement of fiat currencies.

The investor argued that bitcoin gets its value from supply and demand. Winklevoss said the principle of supply and demand still applies when finding the value of “land, a Picasso, or the Dallas Mavericks franchise.”

Cuban acknowledged that the cost of the transaction with BTC/ETH is very high. However, this cost is significantly reduced when one owns crypto. He concluded that the cost of owning a personal wallet is almost zero compared to a bank or other host.

Cuban touched on DeFi, saying that it is as risky as all derivatives.

“Just remember with DeFi, as with all derivatives, the RISK NEVER LEAVES THE SYSTEM. One segment collapses, they all face the risk of collapse,” he said.

Bitcoin has been on a tear lately with prices surpassing $40K after the December 2020 bull run extended into the new year.

However, institutional buying has cooled down. The pullback has seen the digital asset trade under $35K.

He warned that individuals should not take debt that they can’t pay back in the name of investing in cryptocurrencies. Cuban called such people fools and said there is a high chance that they will lose everything.

Cuban compared cryptocurrency trading to the internet stock bubble. He believes that bitcoin, ether, and a few others will be like Amazon, eBay, and Priceline that survived the dot.com bubble.

He highlighted that fortunes will be made and lost along the way.

Cryptocurrencies are very volatile and their wild price swings have prompted financial regulators such as the UK’s Financial Conduct Authority (FCA) to ban the sale of crypto derivatives to retail investors. 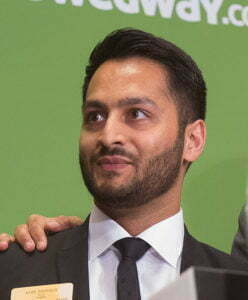