BCH’s price action has found resistance at the [$228-$231.5] key area. Unless the latter is crossed, BCH is technically destined to meet [$105-$130]. If that scenario does take place, participants will have the opportunity to purchase the asset at the 2018 lows that later led to a massive 550%+ increase within a few short months.

Generally speaking, market participants view halvings as bullish because the reward per block decreases significantly for miners. In reality, the effect is not always immediate and at certain times price of the asset continues sliding down.

The latest halving that was ironically followed by a “price halving” was Litecoin’s on 5 August 2019. Below is the LTC/USD chart, showing the inverse-effect. 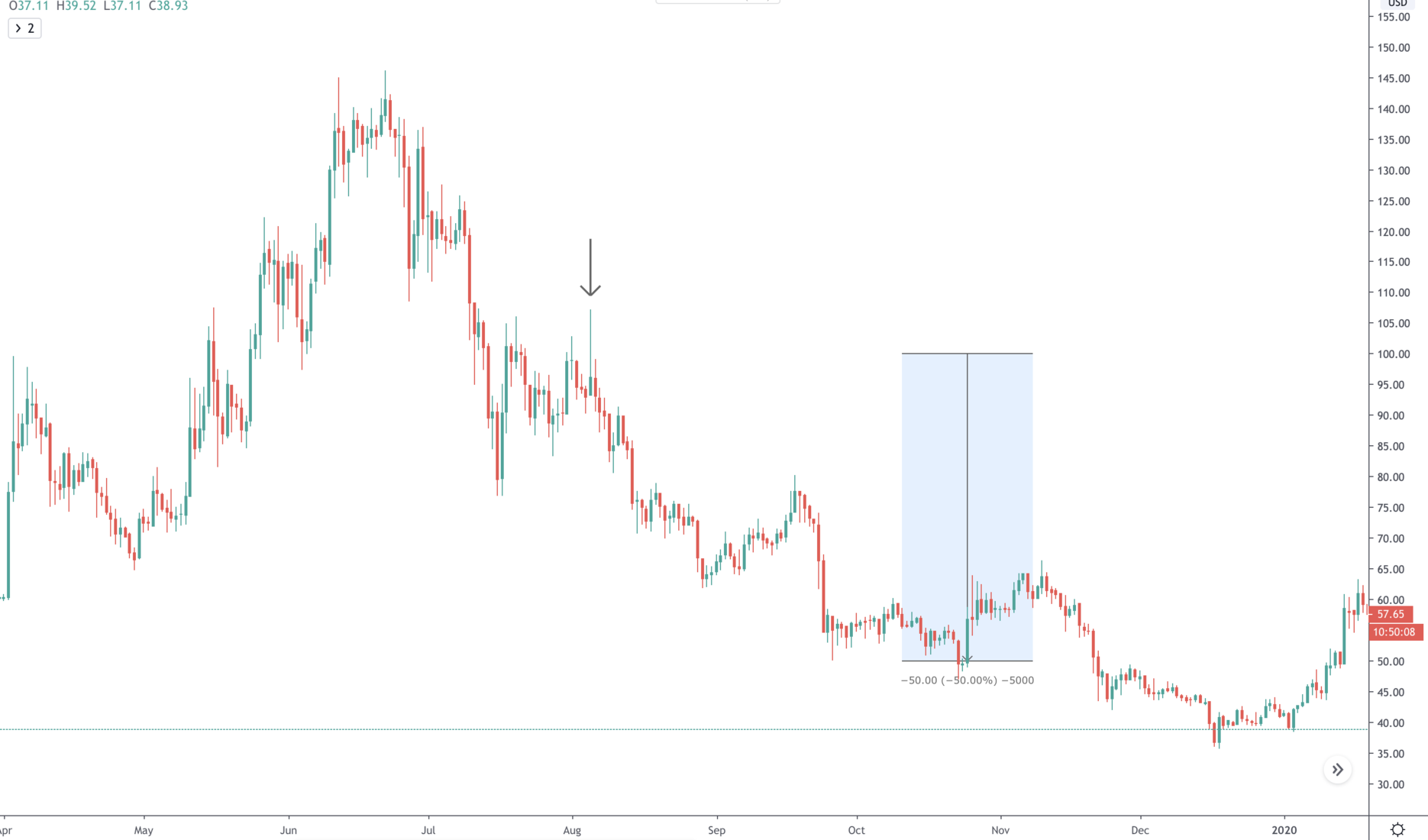 Ultimately we’ve seen that market conditions supersede most fundamental events in this asset class. There may be a small and short-lived rally similar to Litecoin’s, however a trend shift has rarely been the immediate consequence of a fundamental factor.