On February 8th 2020 we released a technical report for Cardano (ADA) on its US dollar pairing. We had stated that as price crossed $0.497, and rallied towards the weekly $0.0618 key level, it did not have the opportunity to retest $0.497 to pick up further demand. Additionally, we also stated that until $0.0618 is crossed we cannot expect $0.08625 to be achieved.

The aforementioned weekly level was rejected perfectly without a single weekly candle closure above it and a rejection towards $0.0497. Now the fact of the matter is that price has not only retested it but breached it as well. Shortly put, it has flipped the level from support to resistance. Until the latter is flipped back to support, we cannot expect price to rally to the upside.

The longer timeframe double-bottom possibility that targets $0.19 remains on our radar. But also as explicitly explained in the previous report, in order for this pattern to be activated, a cross of the grey liquidity area at [$0.11175-$0.12205] is paramount.

By looking at the BTC pairing of this asset, new clues come to light. 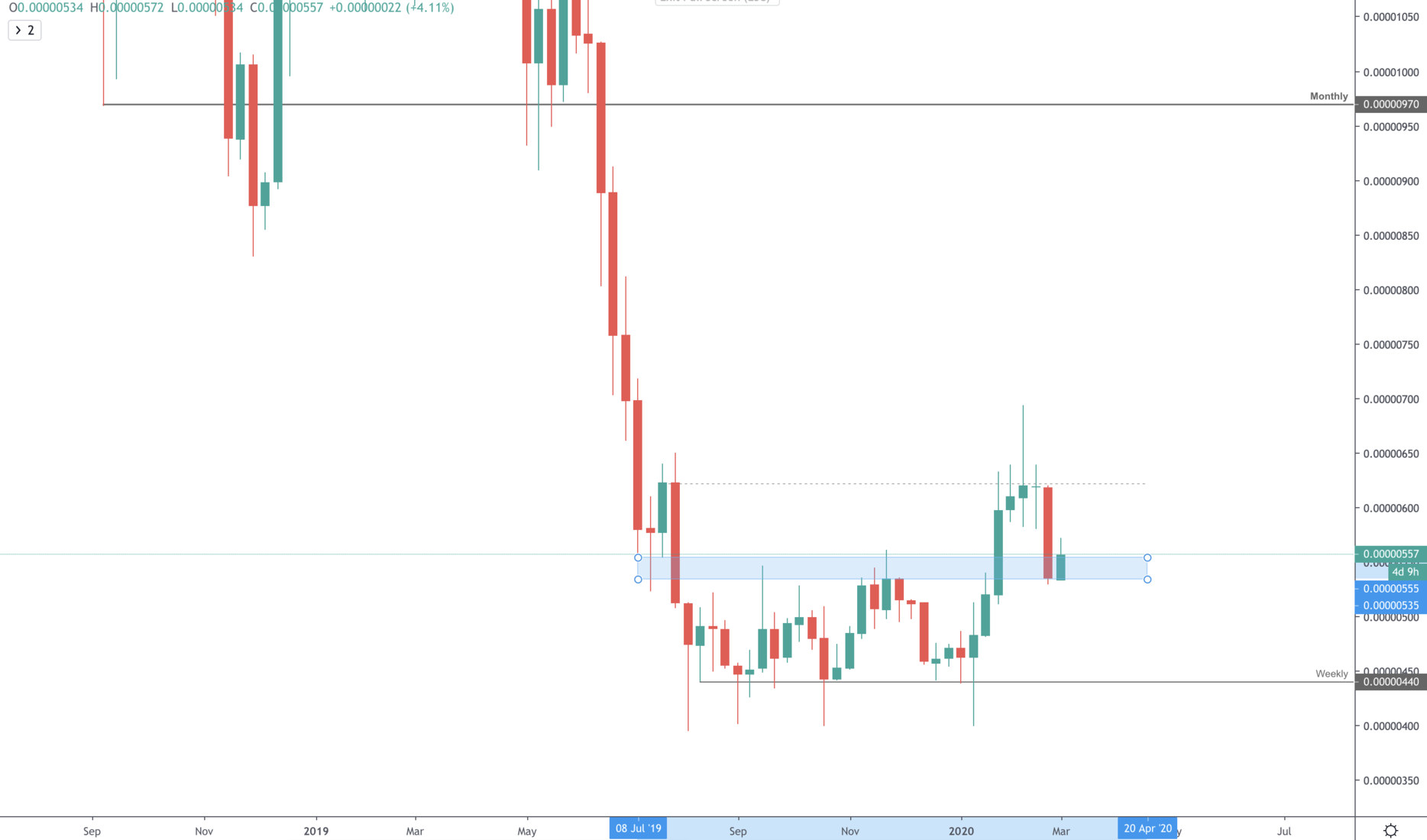 As can be seen, ADA/BTC crossed the blue [535-555] liquidity area and flipped it to support. As long as that holds, it communicates that ADA is well poised to outperform Bitcoin as can be seen on many ALT/BTC charts.